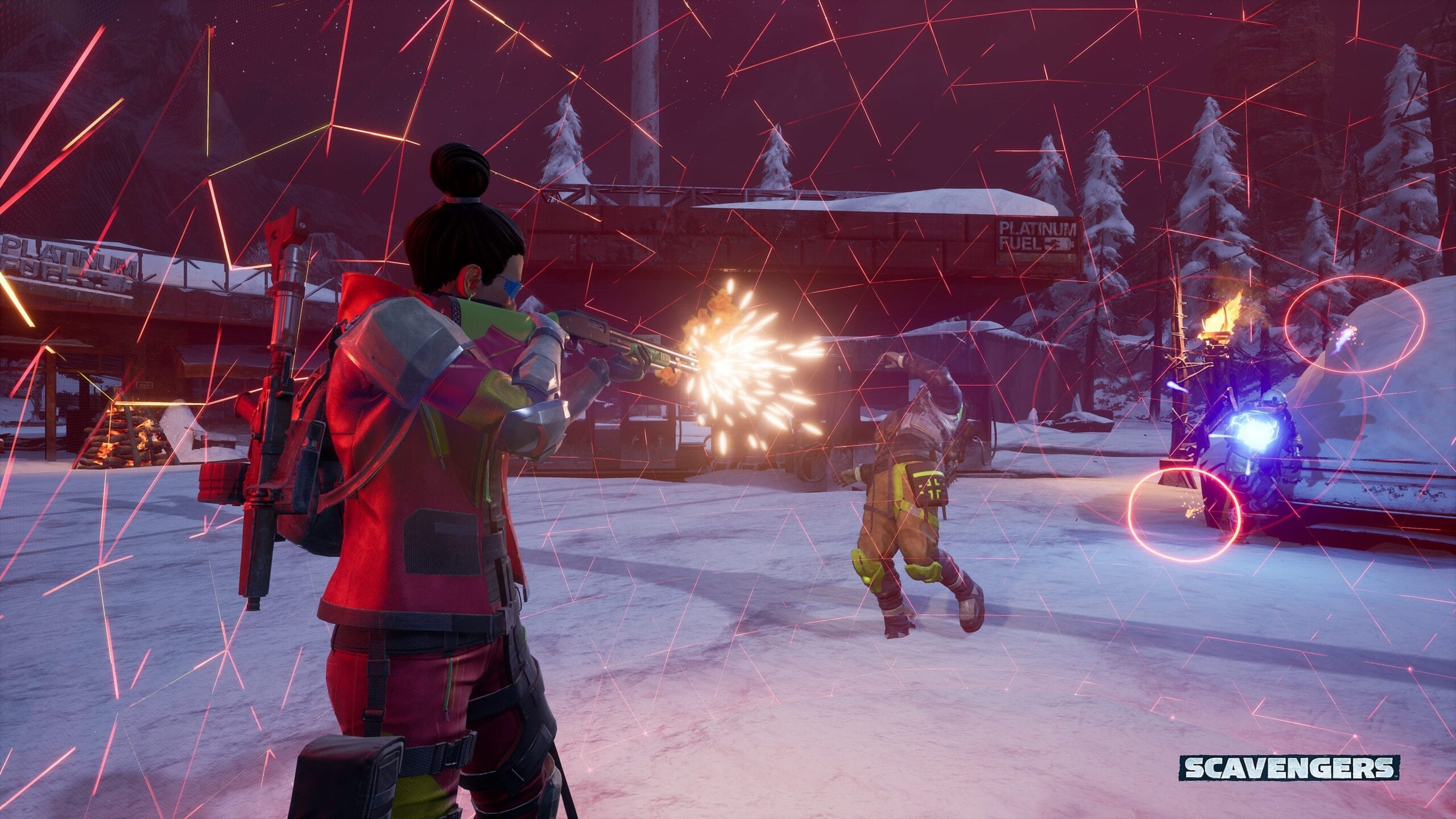 Scavengers is an upcoming free-to-play multiplayer game developed by Midwinter Entertainment that can support over 9,000 players (via PCGamer).

Acording to its Steam page, Scavengers is: “a free-to-play strategic shooter where players form squads of three and fight for survival and dominance in a hybrid of sandbox-style PvE and class-based PvP.”

PCGamer previewed Scavengers and mentions an “experimental” mode called ScavLab. This mode supports the incredible amount of online players. PCGamer have seen this mode in action, seen below.

PCGamer believes that Scavengers “could be the next battle royale hit”. Whilst grandiose dreams of 9,000 battle-hungry gamers forging connections on the battlefield is a tempting idea, I can’t help but be a bit sceptical of the reality.

If it can achieve a steady connection with the player numbers that are being mentioned, I can certainly see Scavengers rising in popularity. However, considering the history of games with server issues, the dream becomes a little bit tainted. Could it be a case of too many cooks? What about balancing issues? It’s certainly a grand idea, but will it be fun to play?

What Else Does Scavengers Have To Offer?

In a traditional multiplayer mode in Scavengers, numbers are limited to 60 players. However, PCGamer reports that they were in a match that featured over 1,700 players. And there were thousands more waiting in the wings ready to join the action.

As you might expect, in a game with over 1,700 players (and the potential of upping that number to 9,000 players), the game has some balancing issues. PCGamer mentions that when encountering monsters players instantly swarm to the creature eager to take it down.

In my head, I naturally picture hundreds of players beelining towards the monster. But when we’re talking about 1000s of players, the monster was taken down with ease.

Scavengers is in its Steam Early Access stage. It could be possible that the developers choose to adjust the balance the game and give the enemy AI a fighting chance. That would, of course, offer more of a challenge for the players on the map. But is challenge the number one thing players want in a video game? Could we learn the revel in the chaos of 9000 bloodthirsty gamers ganging up on these monsters? Ultimately, it comes down to choice.

One thing is for sure – it’s incredible to think that we’re in an age of gaming where these kinds of player numbers can not only be spoken about, but achieved.

When Does Scavengers Release?

At the moment, there’s no release date as to when Scavengers will leave Early Access on PC. However, Midwinter Entertainment plans to release the title on PlayStation and Xbox in the near future. There’s no confirmation of cross play yet, but with that many players, we’re keeping our fingers crossed!

Have you been one of the thousands to experience Scavengers in a single server?  If so, we’d love to hear your impressions across our social media channels.