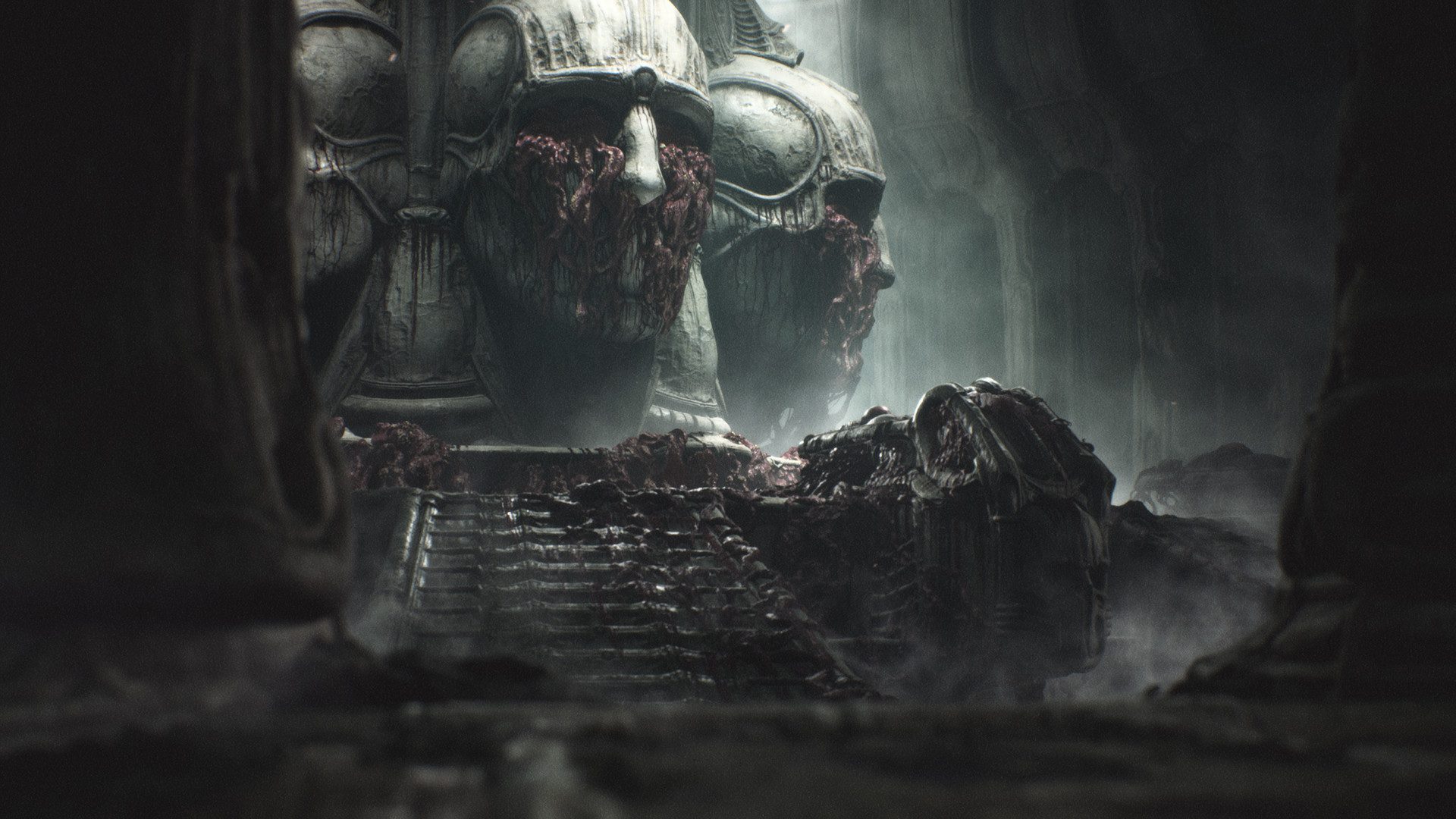 The Scorn CEO has apologised to fans after being accused of taking a hostile tone in a statement following the announcement of the game being delayed.

Scorn is an upcoming, biopunk first-person horror. Scorn is said to be inspired by H.R Giger and has some serious Alien movie vibes. The game was first announced in 2014 with its first Kickstarter. Unfortunately, that Kickstarter campaign was not successful.

Then a year later in 2015, Scorn had received some investment and in 2017, Scorn had launched its second attempt on Kickstarter. Thankfully for the developers at Ebb Software, that campaign was successful, and it was intended that Scorn would launch in 2018.

Scorn is coming to PC and Xbox

Sadly, that 2018 launch window was way off the mark. What was initially a PC only title, there was some light at the end of the tunnel. In 2020 it was announced that Scorn would now be coming to Xbox Series X|S as well as PC.

Now that Scorn was to be coming to both PC and Xbox, there was a new release window of autumn 2021. Yet, as is often the case in video game development, there was another bump in the road. As reported by IGN, announced on its Kickstarter page, Scorn is now delayed into 2022.

When explaining the delay in a Kickstarter post, Cyberpunk 2077 was used as an example to justify the lack of updates to backers for a game that was once considered to be in “developmental hell”.

However, the creative director and CEO at Ebb Software, Ljubomir Peklar has apologised for the update that was approved after being accused of using a “hostile” tone towards its Kickstarter backers.

“ask for a refund and be done with it”

“Cyberpunk 2077 should’ve been delayed for a year, but the hype and the pressure from shareholders were more important. Maybe if they didn’t push their developers to create marketing content, they could’ve put more time into fixing the game.”

“And for the end, a bit of friendly advice,” concludes the statement from Ebb Software. “If lack of communication is so bothersome just ask for a refund and be done with it. It’s just a game. You can play it when it’s out if you are still interested.”

Realising that some backers may have not appreciated the tone used in the initial statement or perhaps misunderstood what was being said, the Ebb Software CEO apologised in a new update.

“I quickly and haphazardly read through the draft of the update and in all my wisdom approved it,” said Peklar.

“Reading through again it was clear that the hostile tone it was written in should not be how we should express ideas or plans to people that help us out. We may be tired, confused, and frustrated at our own ineptitude, but there is no reason to lash out at you. For that, I personally apologise. I will do my best for this kind of outburst not to happen again.”

At the end of the day, I can see why some backers felt irritated with the statement. But maybe whoever wrote that statement announcing the delay was just having a bad day at the office. After all, we’ve all been there.

What are your thoughts on this controversy? Do you believe that the Ebb Software CEO should have apologised for the “hostile” tone? Let us know across our social media channels.

Scorn will release in 2022 for PC and Xbox Series X|S.