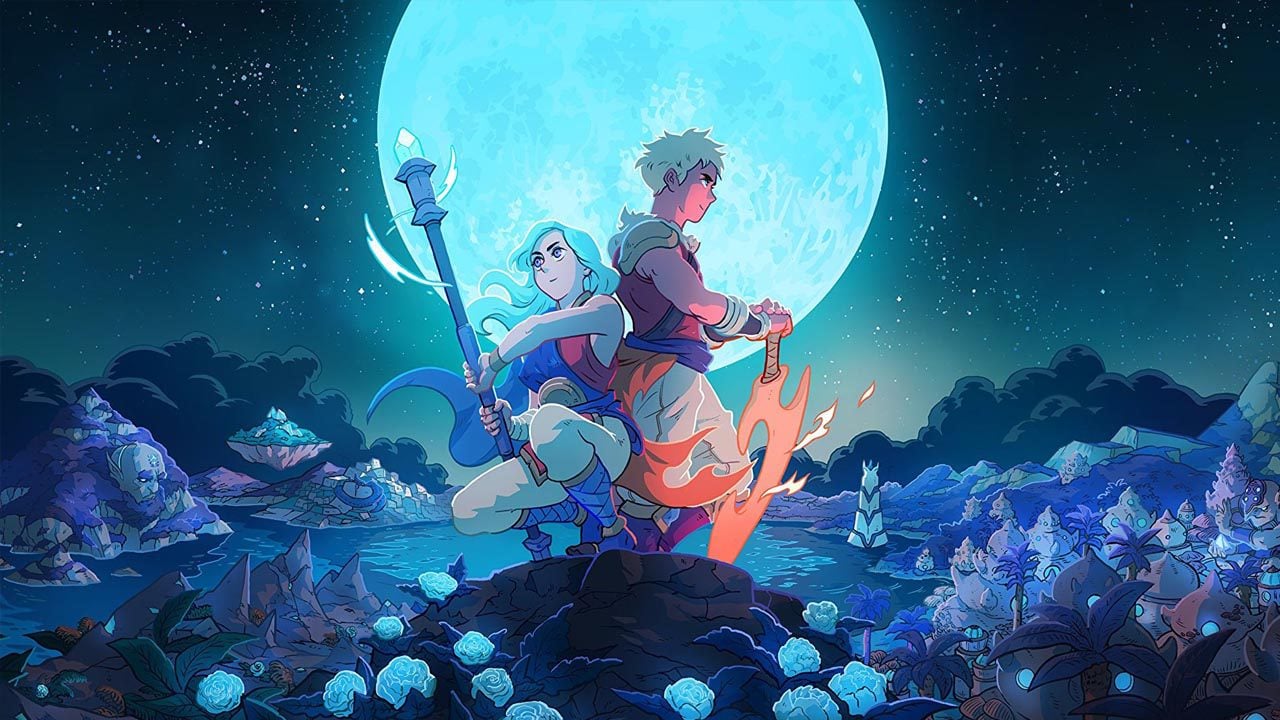 Sea of Stars is a new JRPG-inspired game from the developers of The Messenger, and it’s coming Holiday 2022.

Announced at yesterday’s Indie World showcase, Sea of Stars is an RPG from developer Sabotage. It’s set in the same world as The Messenger, and “tells the story of two Children of the Solstice who combine the powers of the sun and moon to perform Eclipse Magic, the only force capable of fighting off the monstrous creations of an evil alchemist known as The Fleshmancer.”

Right off the bat the inspirations are clear. Combat looks very similar to Chrono Trigger, with the way enemies and player characters are positioned on screen. And it seems that combat encounters won’t transition to a separate map, like in Chrono Trigger.

That isn’t the only thing tying Sea of Stars to Square Enix’s classic JRPG. Composer Yasunori Mitsuda, composer of Chrono Trigger, Chrono Cross, and the Xeno series, is a special guest composer for the game.

While the combat is turn based, it seems that timing your button presses with some attacks will increase damage output. You’ll be able to do things like sailing, cooking, and fishing to pass the time to. And according to the game’s eShop page, you’ll be able to play the game in some form of co-op.

The game looks gorgeous too. The pixel art really feels like a natural evolution of what we saw on the SNES. We’ll have to wait until holiday next year to play it ourselves, where it will also be releasing on PC.