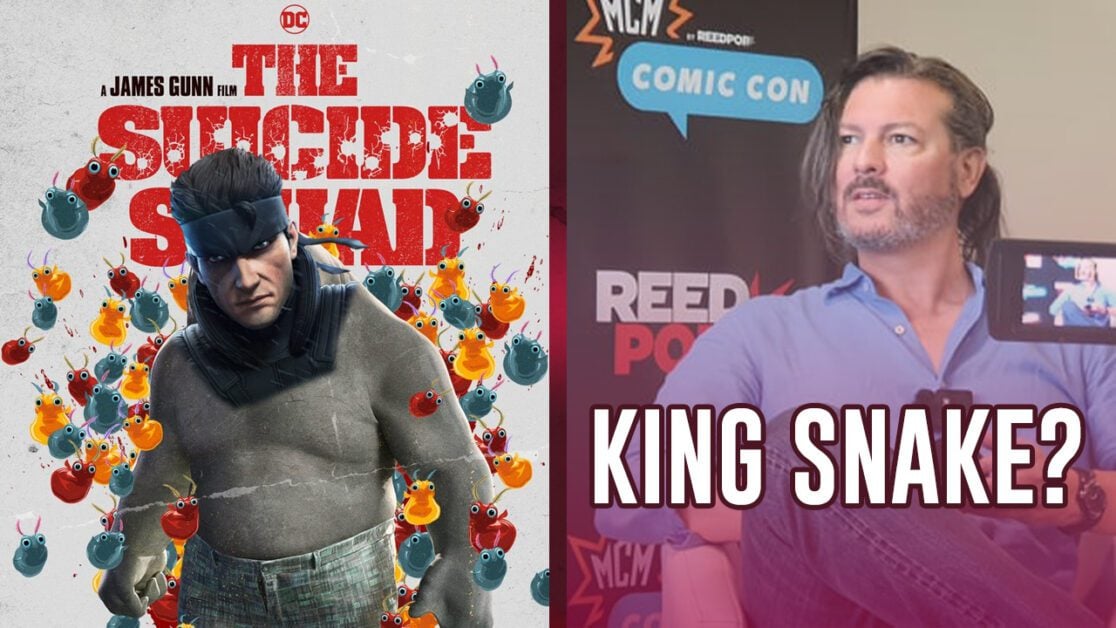 David Hayter, the iconic voice actor of Solid and Naked Snake in the Metal Gear games, has revealed in an exclusive interview session that he asked to reprise his role as King Shark in James Gunn’s 2021 box office hit ‘The Suicide Squad’.

Shay Lamden, also known as King Shark, is an extremely dangerous Metahuman. He hails from Central City of Earth 2 in The Flash. The character has been voiced by David Hayter since Season Two of The Flash, first aired in 2016. However, the Arrowverse character isn’t to be confused with the King Shark in the DC Cinematic Universe. The honour of voicing this character goes to the ‘up and coming’ actor Sylvester Stallone. Hey, that’s what Hayter called him.

“if you need any help with King Shark, let me know.”

GameByte was lucky enough to attend this interview session at MCM London Comic Con 2021. We had to know – given the opportunity, would he have voiced King Shark in James Gunn’s movie?

“Well, no one knows this, but I sent a message to James Gunn because we follow each other on Twitter, and I know him a bit from Marvel premieres and stuff like that. And I was like, hey, you know, I play the voice of King Shark on The Flash and I was like you know, you’re gonna use them in The Suicide Squad. So you know, if you need any help with King Shark, let me know. And he was like, that’s awesome. And that was that.”

Of course, the implications of an Arrowverse character appearing in the movies could have led to a whole conversation about the future of the franchise. Would you have liked to see David Hayter reprise his role as King Shark in The Suicide Squad? Or do you think Sylvester Stallone did a better job? Make sure to let us know your thoughts on our social media.

The Ultimate Shark Power Fantasy Is Back With The Maneater: Truth Quest DLC