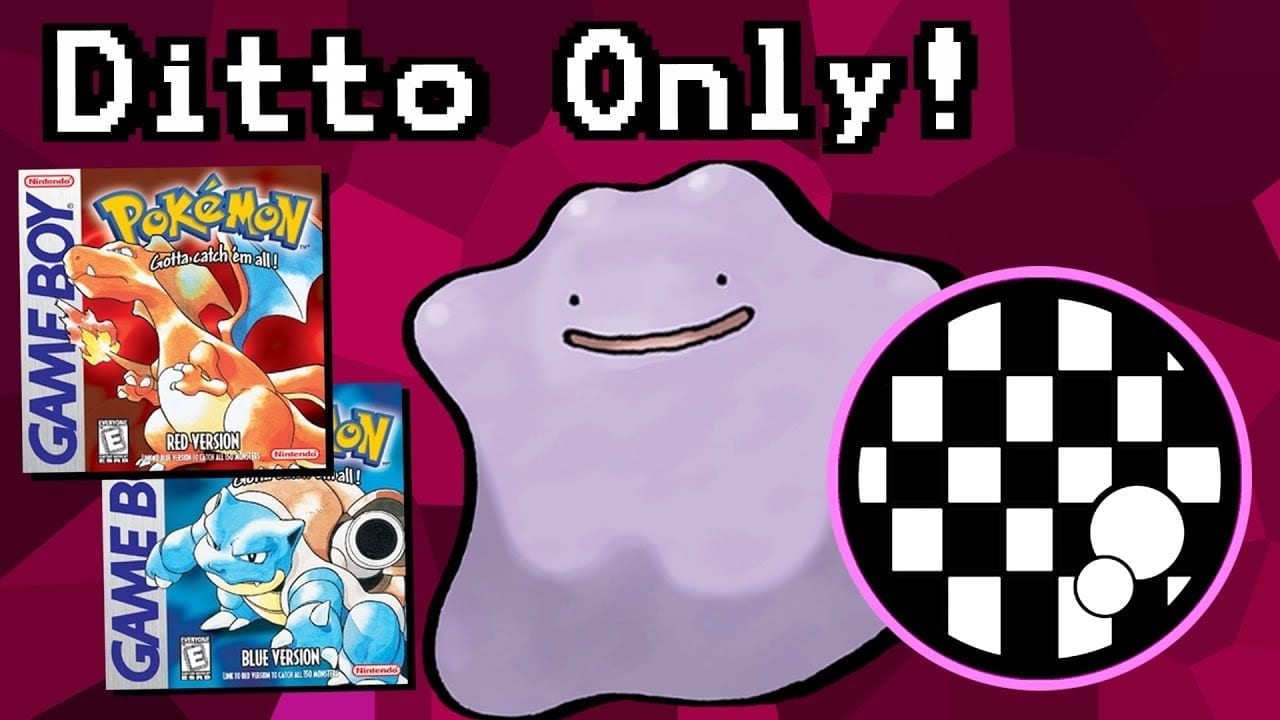 Did you know it’s possible to complete Pokemon Red and Blue with only a ditto? Surprisingly, it is actually possible and somebody on YouTube actually did it.

Obviously, you can’t start the game with a ditto, so the YouTuber known as Pikasprey had to use a cheat to spawn himself a ditto as a starting Pokemon. As soon as that was done, everything else was completed in Pokemon Red/Blue legitimately

Here’s a look at how Pikasprey completed Red/Blue with just one Ditto. I’ve also explained to users why it’s so difficult to do.

Why Is Completing Pokemon With One Ditto So Difficult? 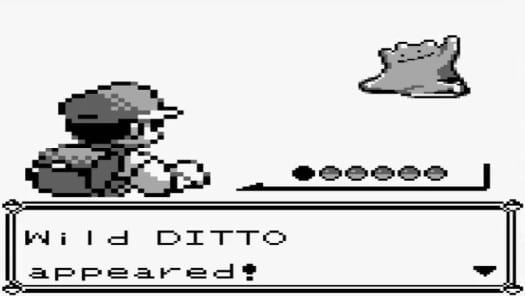 There are two main challenging aspects of completing a Pokemon game with only a Ditto. Firstly, Pokemon allows players to have up to 6 Pokemon at once. Later in the game, you’ll be fighting trainers and gym leaders that have multiple Pokemon, and they can often be difficult to defeat, even with a full party of 6 Pokemon.

Secondly, Ditto is one of those Pokemon that’s only really useful in certain situations. For those unaware, Ditto is a Pokemon has no attacks, but it can transform into the Pokemon it is fighting.

This means Ditto will be forced to use the exact same moveset as the opponent’s Pokemon. All stats are also moved over, with the exception of Ditto’s health points.

Another big disadvantage to using Ditto is that when it transforms, the moves it is given only have 5 PP, instead of 40.

PP stands for Power Points, and it describes how many times a Pokemon can use its skills before it needs to rest or use a PP potion.

Pikasprey decided to make things even harder for himself by banning the use of items in battle, so using PP potions was out of the question.

So, all in all, Pikasprey set himself a challenge that seemed almost impossible. But somehow, he managed to do it.

How Did Somebody Complete Pokemon With Just A Ditto? 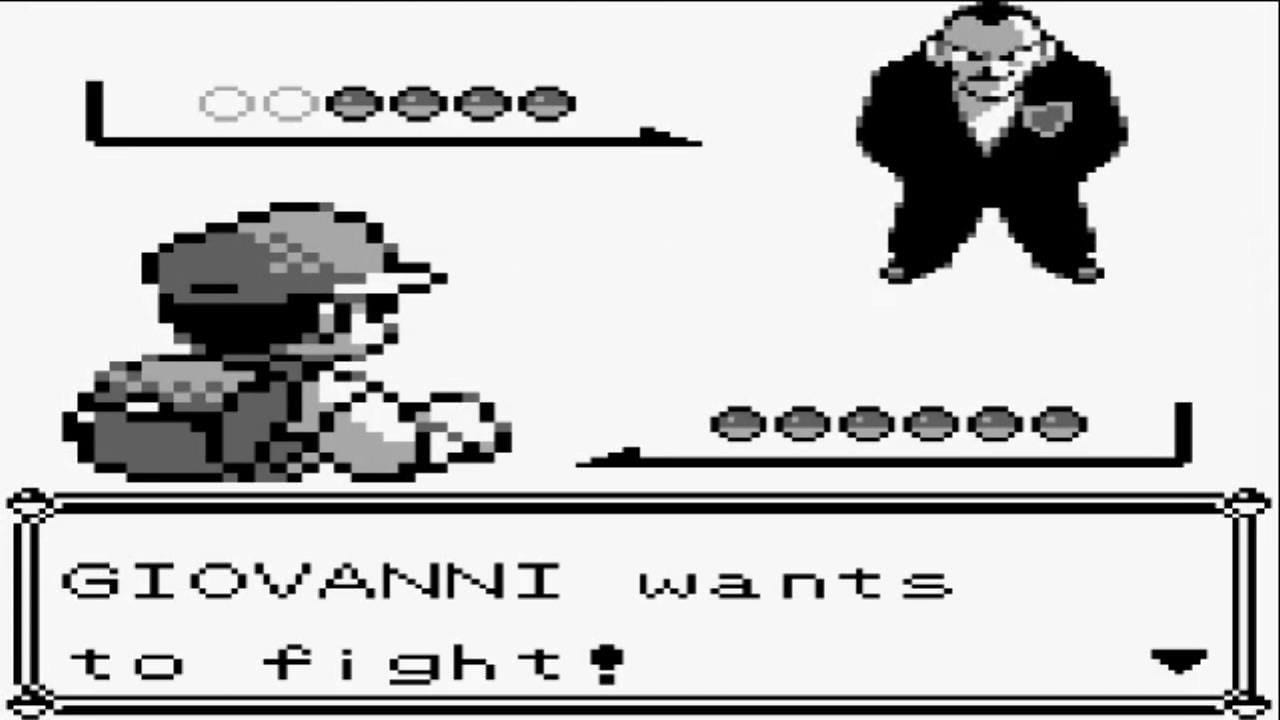 So, to begin with, Pikasprey had to deal with the issue that you can’t actually get a Ditto at the start of the game.

When you start Pokemon Red or Blue, you’re forced to choose Charmander, Squirtle, or Bulbasaur as your starter Pokemon.

To get around this, Pikasprey used a cheating device that replaced Charmander with a level 5 Ditto. This was the only cheat that Pikasprey used throughout the game. We think it’s fair considering this challenge wouldn’t have been possible without it.

Another big problem that would stop Pikasprey from getting through the game with only a Ditto is the fact that Ditto cannot learn HM moves. If you’ve played any of the Pokemon games, you’ll know that throughout the game, you’ll need to learn moves like Cut and Swim to navigate past different obstacles.

For this reason, Pikasprey chose to allow himself to catch other Pokemon solely for learning HM moves. Only Ditto was allowed to fight in battle, however.

To absolutely make sure that the challenge goes as planned, Pikasprey took the extra precaution to get any other Pokemon in his party to faint in each battle before any damage was done – this way, there’s no way Ditto could be switched out at any point.

YouTuber Ditto Only Pokemon Walkthrough – Here’s How It Went Down 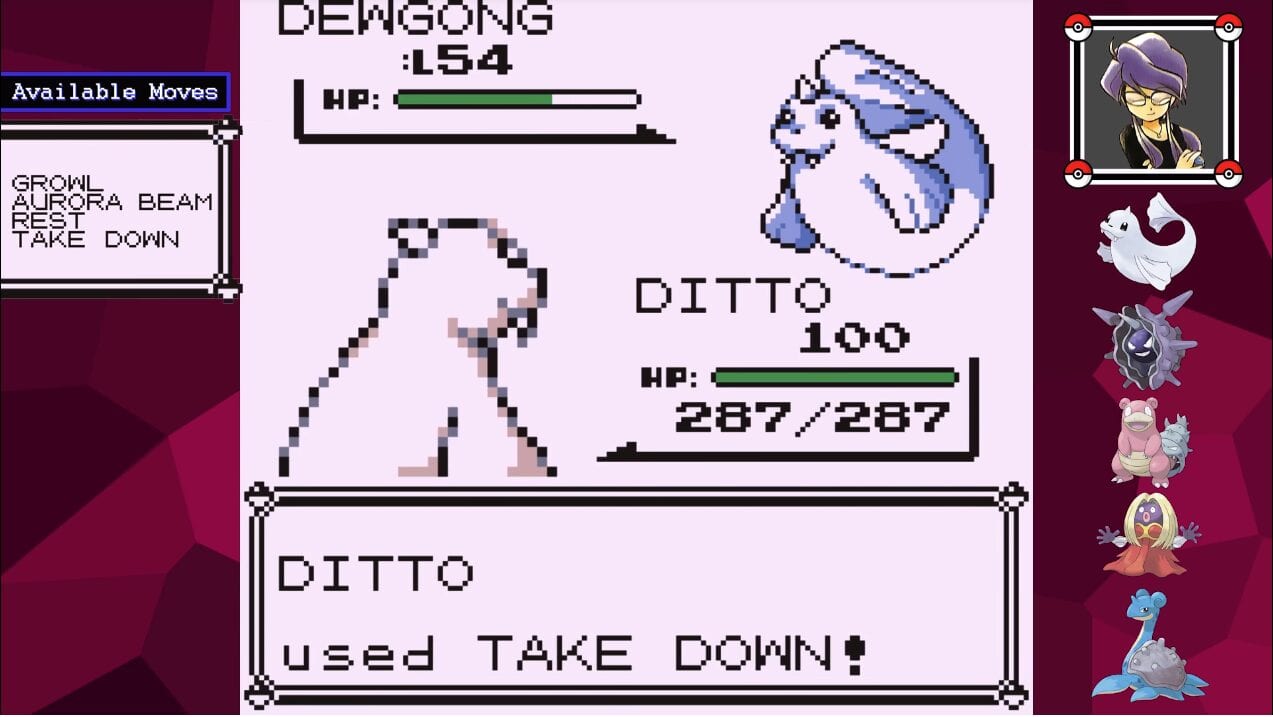 So with the rules now explained, how exactly did Pikasprey get through Pokemon with just a Ditto?

It started with the initial fight against the protagonist’s rival. Pikasprey actually couldn’t win this fight, but fortunately the game does let you lose.

Pikasprey then moves through the main storyline in Pokemon Red/Blue, purposely avoiding any trainer battles along the way.

The first fight that Pikasprey comes up against that he couldn’t’ avoid was a bug catcher trainer with a level 9 Weedle. Ditto had to be leveled up to level 11 to be able to win the fight here.

It was pretty much clean sailing throughout until Pikasprey reached the first gym battle.

The First Gym Battle With Brock

The first gym battle proved to be a very tough challenge. The only way Pikasprey could win the battle with just one Ditto was to grind for an extremely long time. At level 21, Ditto was able to beat Brock’s selection, but it was surprisingly the struggle ability that won him the fight.

Progressing Through The Game

As Pikasprey progressed through the game, gameplay was flipped upside down. Because Ditto could transform and use the moveset of its opponents, it meant that for the most part, the more challenging Pokemon were easier to defeat and the weaker Pokemon with limited movesets were far more challenging.

This actually made the game fairly easy to get through when fighting Pokemon in caves and out in the wild, however. So long as Ditto had enough HP, Ditto could use a mix of Struggle and powerful moves from other Pokemon to get through the challenging areas.

For the rest of the game, Pikasprey was constantly met with challenges. Each gym battle proved to be difficult. At one point in the game, things started to bug out and the game couldn’t figure out what to do when Ditto was met with zero PP and no option to use Struggle.

What’s weird was that after this bug happened, Ditto actually forgot how to use Struggle completely. Considering that half of the game was completed with thanks to the Struggle move, things ended up getting very difficult.

Eventually, the game was finished, and it mostly came down to Pikasprey getting lucky with the moves his opponents used against him. The only strategy involved was getting Ditto to level 100 as quickly as possible.

So, in summary, Pikasprey not only managed to complete Pokemon Red/Blue with just a Ditto, but for the second half of the game, his Ditto didn’t even use Struggle.

I can imagine this challenge would have taken a very long time to do and it must have been quite frustrating at times. I have to give credit where credit is due, though. I never thought something like this could have been possible.

You can check out the full walkthrough of this video from Pikasprey below. 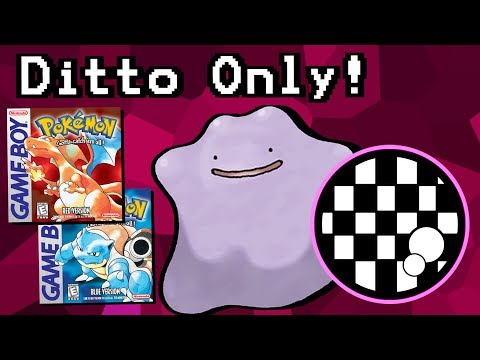