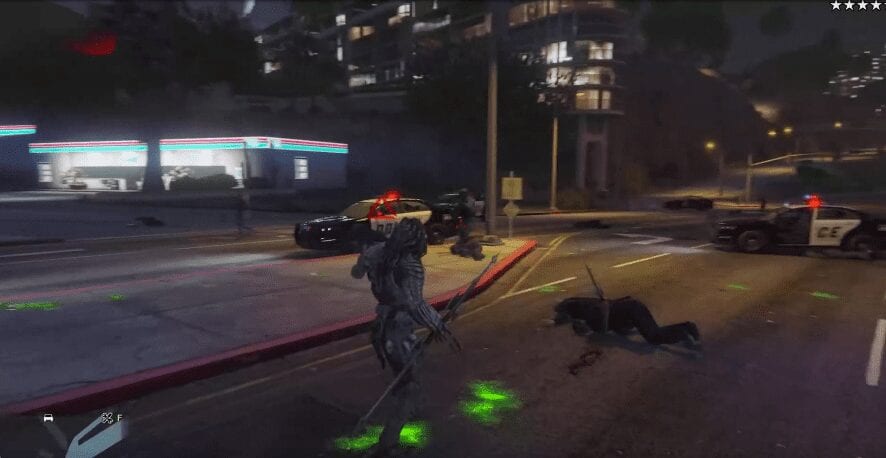 Have you ever been playing through GTA and thinking to yourself – wow, this could be a lot more Predator-y? If you have it seems you’re not the only one, as a modder by the name of SirFortyTwo has created just that. 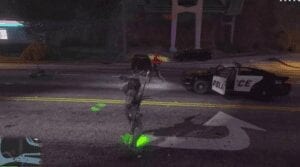 Predator takes on the Los Santos police force with ease, and the results are pretty hilarious.

The clip’s been getting a lot of love on Reddit, where fans are now lamenting the lack of a recent good Predator video game.

“Last Predator game I can think of in this style was Predator Concrete Jungle,” wrote one user. “I don’t care what anyone says, that game was awesome.” 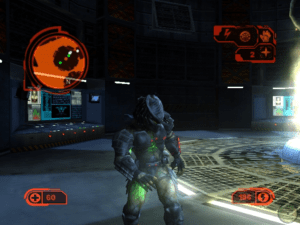 “It hasn’t aged miraculously, but every once in a while, I’ll still spend the time to unearth my original Xbox to play that game. Even for a relatively small franchise based game, it’s pretty well done.”

Another Predator fan commented saying: “AvP2 (2001) was THE SHIZZ back in the day… Was so fun playing as an Alien Queen or a Predator…. Humans… Well were mostly noskill smartgun spammers.

“I remember playing the 2010 version on ps3 but I’m not sure if I ever played multiplayer or if the multiplayer was any good…Are there still any servers for the PC version?” 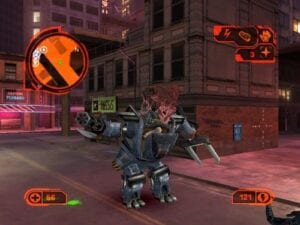 Check out the Predator-meets-Grand-Theft-Auto clip above, and let us know what you think. Would you like to play as Predator and wreak havoc in Los Santos?

Reddit isn’t wrong about the lack of Predator in games recently. With the success of survival horror titles like Alien: Isolation, a real Predator title really could be a nice addition to the dwindling franchise. What do you think?