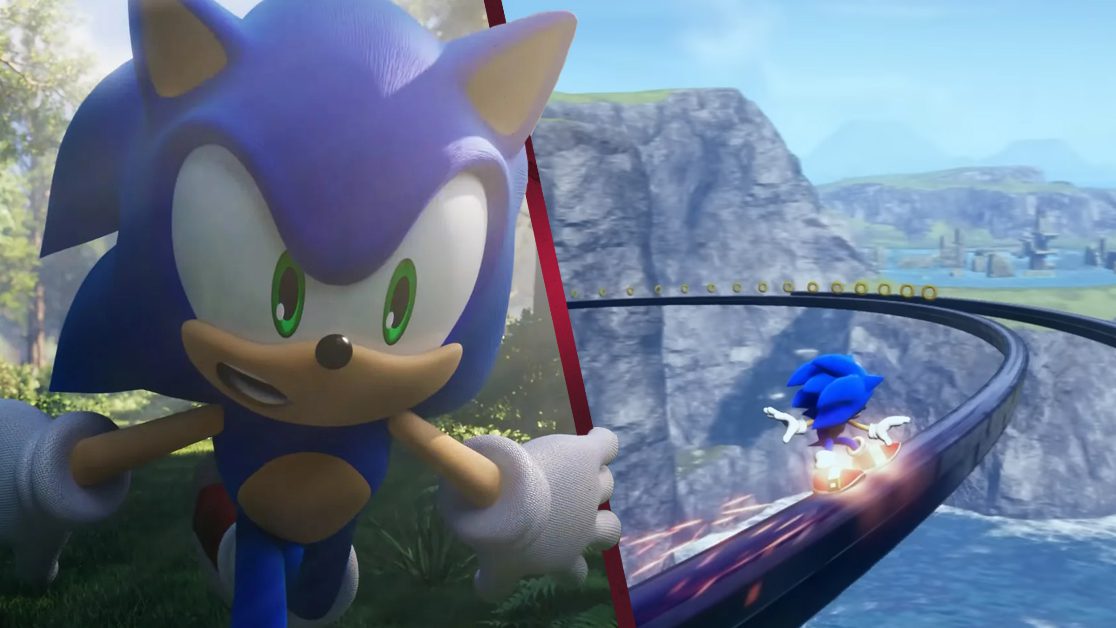 Courtesy of IGN First, SEGA and Team Sonic have given us our first look at the gameplay for the open-world game, Sonic Frontiers.

Being in the 3D realm is no stranger to the Sonic the Hedgehog series. The first time that the series dabbled with the three-dimensional perspective was with Sonic 3D in 1996. Before hitting its 3D peak with Sonic Adventure for the SEGA Dreamcast in 1998.

In truth, Sonic’s 3D escapade’s have been very hit and miss since 1998. However, SEGA hopes to take the genre to new heights with the upcoming Sonic Frontiers.

Announced at The Game Awards 2021, Sonic Frontiers is taking the franchise in a new direction. Judging from its first teaser trailer alone, it seems to take inspiration from the likes of Breath of the Wild as well as Shadow of the Colossus.

“An experience like never before, accelerate to new heights and experience the thrill of high-velocity open-zone freedom,” reads the synopsis. “Battle powerful enemies as you speed through the Starfall Islands – landscapes brimming with dense forests, overflowing waterfalls, sizzling deserts and more!”

However, up until this point, we’ve only seen a pre-rendered cinematic trailer. Thankfully, that wait is over as we have been treated to the first gameplay reveal for Sonic Frontiers.

Granted the gameplay is very blink and you’ll miss it. That being said, Sonic Frontiers certainly looks like it’s trying something new for the franchise, for better or worse.

More gameplay is on its way!

Are you excited about the new direction that the Sonic series is taking? Let us know across our social media channels.