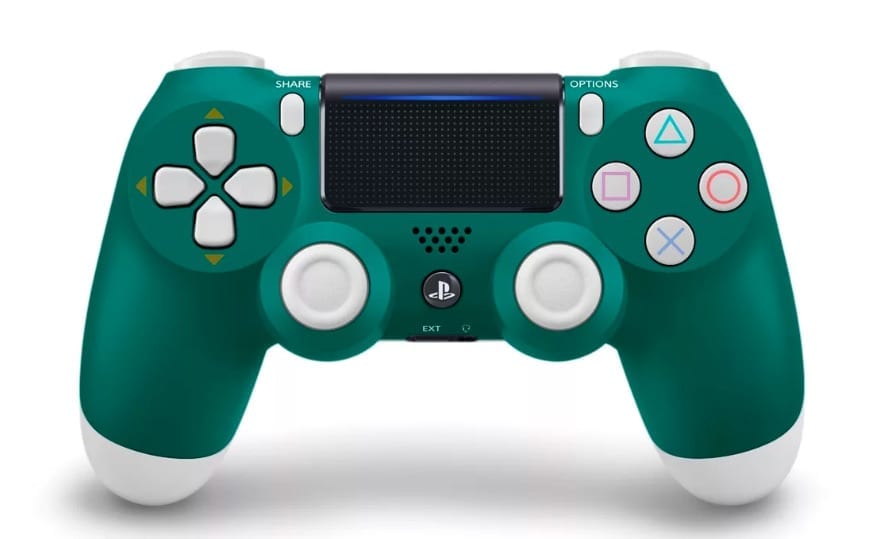 Hot off the back of the recent (and very impressive) reveal of the new Xbox Phantom White controller, Sony has revealed its own new addition to the DualShock 4 line-up.

Sharing the news on the PlayStation blog, Sony writes: “We’re happy to announce that Alpine Green is joining the DualShock 4 wireless controller lineup next month. The new controller features a contrasting green and white color with golden arrows around the directional buttons. Pick one up to refresh your setup this spring and add some extra style to your play!

“Alpine Green will be available across retailers in U.S. and Canada in April for $64.99 USD (MSRP) / $74.99 CAD (MSRP), while supplies last. Click here for pre-order details, or check your local retailers for availability.”

Why is this color just overall so bad?

Worlds behind the great controllers MS is putting out there. Seen the phantom white?! Come on Sony, step up your game!

The latest Xbox controller on the other hand is getting nothing but love and adoration. Named the Phantom White, the partially transparent controller is basically a work of art.

Here’s a close-up of my @Xbox Phantom White Controller. It’s a beauty! (They DID let me keep it ?) #InsideXbox #videogames pic.twitter.com/vGMr5Emn9s

Which controller would you rather bash out some Apex Legends with: Sony’s Alpine Green or Xbox’s Phantom White?