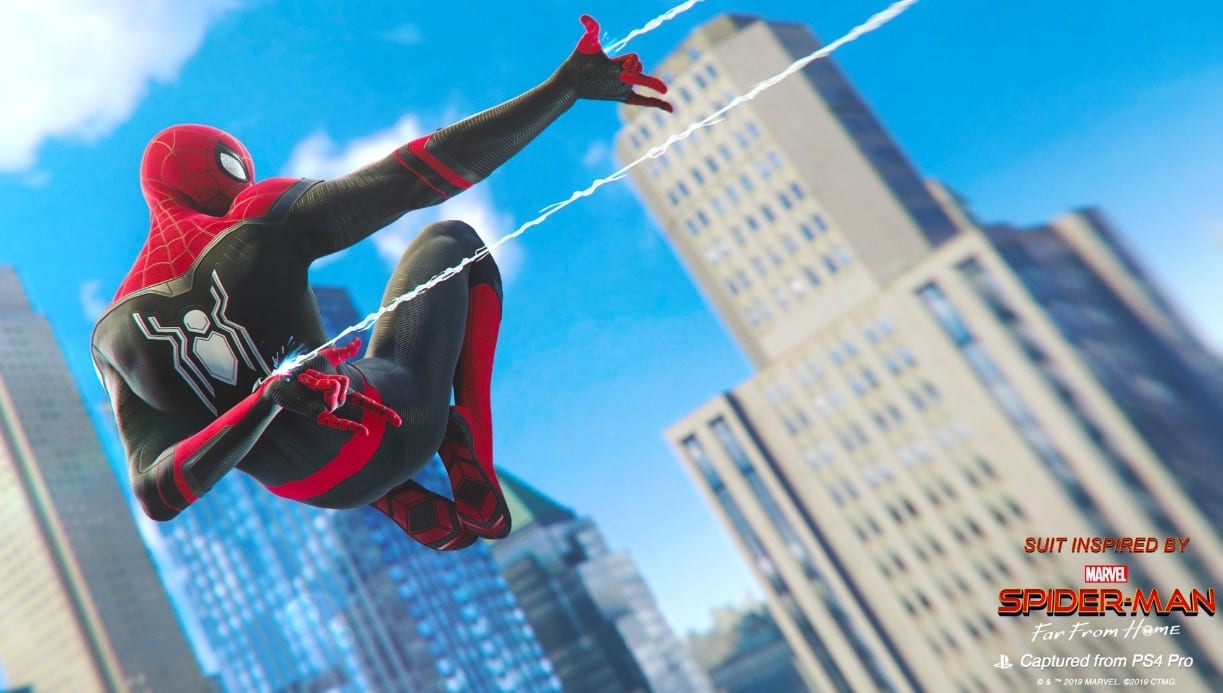 Marvel’s Spider-Man is still one of the best games of the past few years, and even though it’s coming up to a whole year old, Insomniac Games is still delivering the goods.

In celebration of the brand-new Marvel movie release, Spider-Man: Far From Home, Insomniac Games is offering up two free in-game costumes for Marvel’s Spider-Man on the PlayStation 4.

Sharing the news on Twitter, Insomniac Games writes: “Congratulations to @MarvelStudios and @SonyPictures on the release of Spider-Man: Far From Home.

“In celebration, we have added two suits inspired by the movie in a #SpiderManPS4 update. It’s free for owners of the game and available right now! #SpiderManFarFromHome“

Over on the PlayStation website, Insomniac thanks its millions of Spidey-fans in a heartfelt post announcing the two freebies.

“While we’re busy working away here at Insomniac Games, we couldn’t pass up the opportunity to once again team up with Sony Interactive Entertainment, Marvel, and Sony Pictures Entertainment to celebrate the release of Spider-Man: Far From Home in theatres now,” writes Insomniac.

“As such, we have released a new update for the game via Patch 1.16 that will bring two free brand-new suits from Spider-Man: Far From Home to the game.

“After you have built the Advanced Suit early in Marvel’s Spider-Man, you are able to switch between suits during the story — so if you have already reached this stage in-game, you can use the Spider-Man: Far from Home Upgraded Suit, or the Spider-Man: Far From Home Stealth Suit right now. Before you rush off to download the update — here’s a couple of new images showing those brand-new suits in game.”