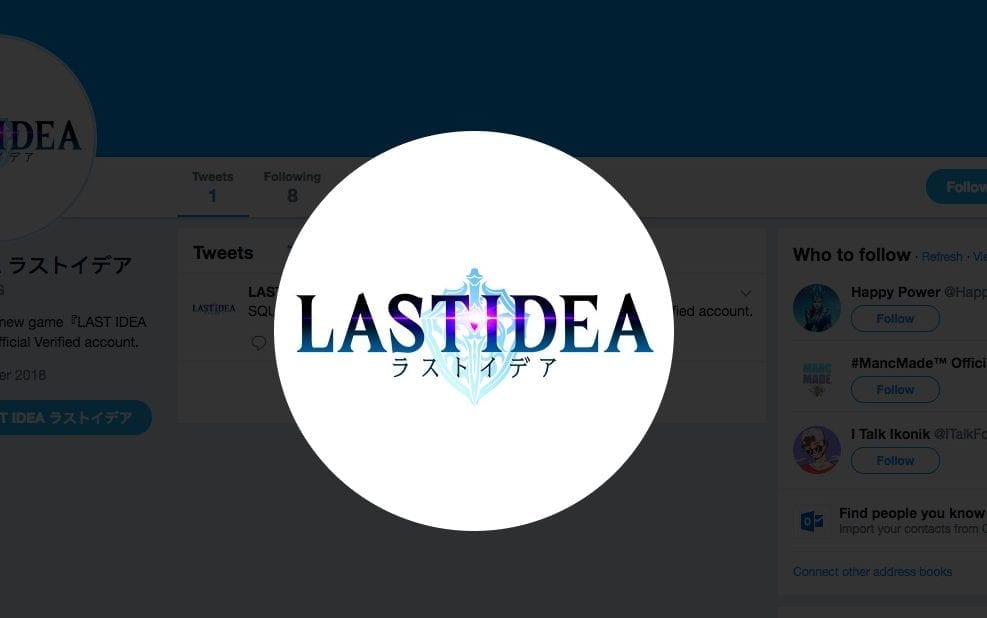 It looks like Square Enix is preparing to announce a new IP, as a Twitter account has been created for what appears to be an RPG called Last Idea.

On Reddit, one fan pointed out something that may just blow your mind if you haven’t already noticed it: “I mean considering the name is a synonym for Final Fantasy I’m surprised more people aren’t looking at this as a nod to announcing 16. Kind of like mgsv’s original announcement.”

What on Earth was @SquareEnix thinking when they named their new game title The Last Idea. Really sounds like they ran out of names for games. The Last Idea 2, The Last Idea 3 LMAO terrible. Next is The Conclusion, Then The Ending Finally. Japan Love ya but these name guys, lol

The same thought’s also occurred to Twitter, with people responding to the account’s only tweet all suspecting the same thing…

Unfortunately, one eagle-eyed Square Enix fan happened to notice something about the account – of its eight followers, one is an artists for mobile games, potentially suggesting Last Idea is a game for mobile…

Sadly. They are following an artist for mobile games.

The account first sprang up in October last year, and there’s not been too much happening since the first tweet.

What would you like to see from Last Idea?