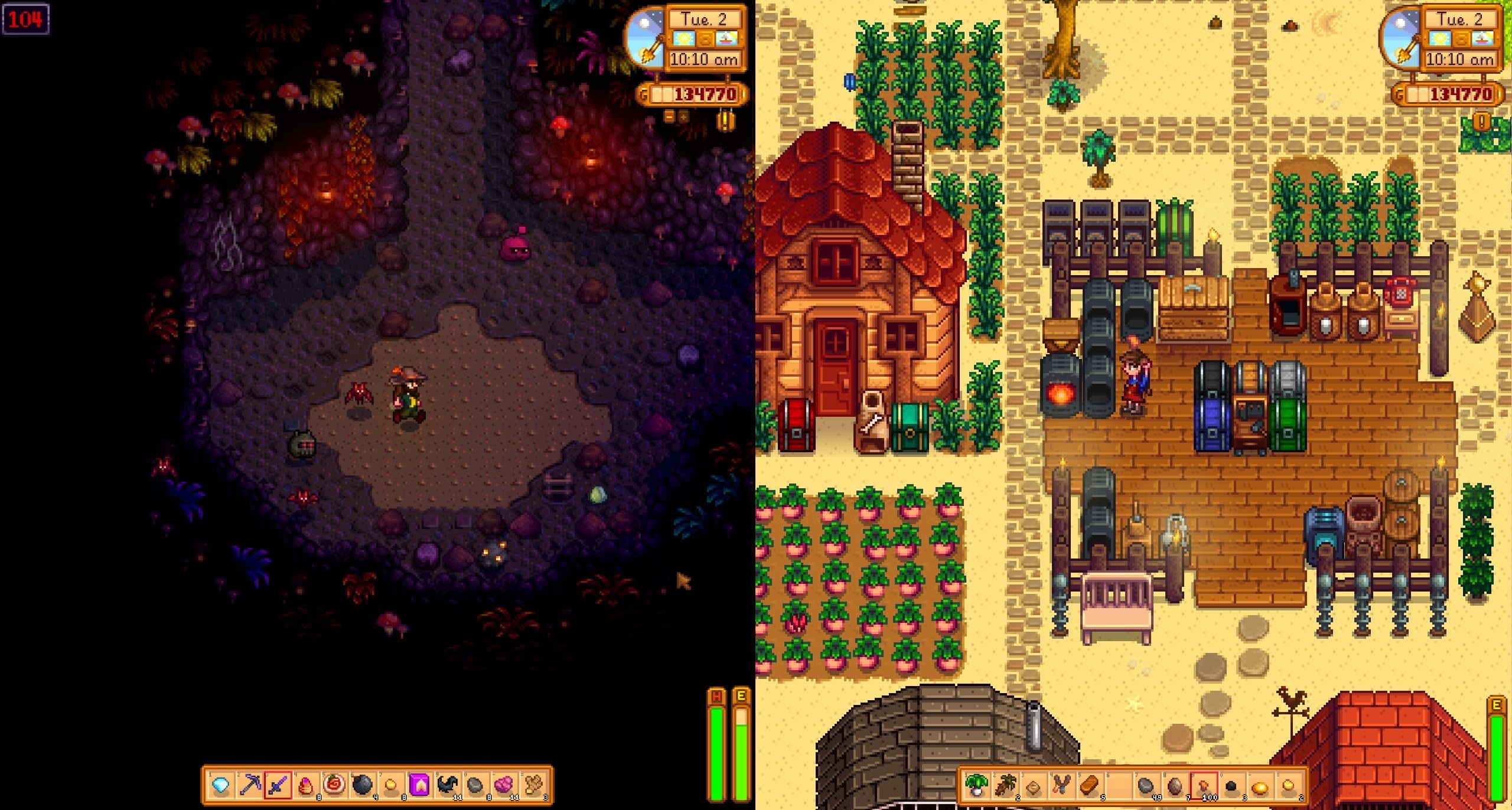 The news you’ve been waiting for is here as Stardew Valley developer Concerned Ape has confirmed that split-screen co-op is coming to the farming RPG.

Concerned Ape took to social media to share the news, confirming that the game’s upcoming 1.5 update will introduce split-screen co-op to Stardew Valley.

As one of the most highly-requested features of all time, it’s a huge announcement to see split-screen co-op is headed to the game. Stardew Valley is, after all, a title which encourages friendship, so it’ll be nice to finally sit side-by-side and play together with your pals (pandemic permitting, of course).

In follow up tweets, Concerned Ape went on to reveal that the split-screen co-op for Stardew Valley will be available on “console and PC”, though the number of players at any one time is still being finalised.

The example given was: “on PC, you will be able to have up to 4, but on some platforms it might be limited to 2”.

That’s not the only new detail we can expect to see when version 1.5 finally drops, as Concerned Ape also shared the following image to Twitter. The screenshot shows a character fishing, while another sits on a chair nearby. There’s also swimming ducks, so there’s a lot of things here that are seemingly being teased for the future.

Stardew Valley is one of the most successful indie games of all time and it’s fantastic to see that regular updates are being added to the base game. It’s an incredibly easy (and fun!) game to mod, but we always welcome the official seal of approval from the developer.

There’s no final release date for the game’s 1.5 update, but it’s hoped to be out by the end of 2020. Are you excited for split-screen co-op in Stardew Valley?