Steam is often a topic of debate amongst gamers as it allows hundreds of less-than-legit games, asset flips and poorly constructed or unfinished products onto its pages for the masses to download.

This time however, it seems a highly dangerous game made its way onto Steam…

A game entitled Abstractism is reported to be turning users’ computers into a botnet, designed for cryptocurrency mining.

Numerous reviews on the title’s Steam page highlight the potential risks of installing the game, with one user writing: “…it’s almost assuredly a Monero crypto mining malware, along with several other shady ways of making money.” 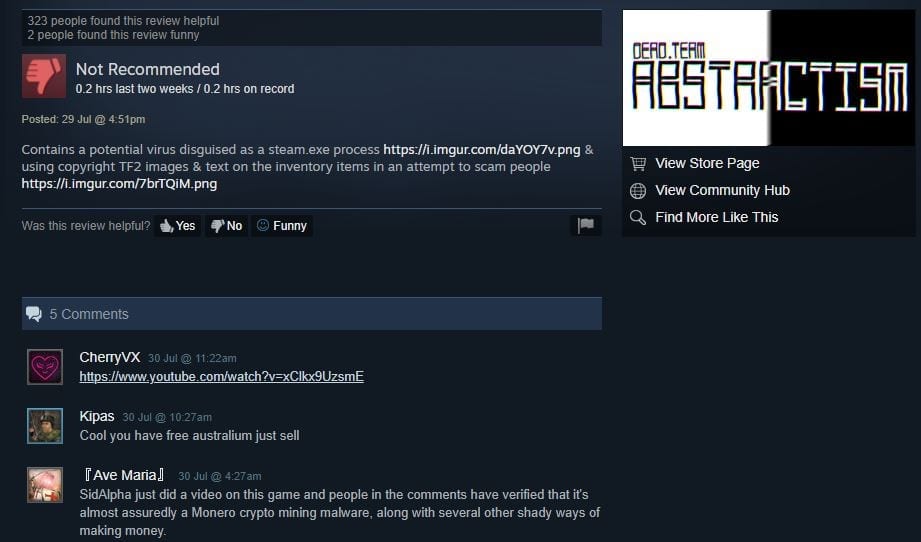 Another wrote: “[This game] contains a potential virus disguised as a steam.exe process…& using copyright TF2 images & text on the inventory items in an attempt to scam people.”

According to a report by Kotaku, Abstractism‘s developer, Okalo Union, commented on the negativity back at the start of July, responding to a comment by saying: “Abstractism does not mine any of cryptocurrency.

“Probably, you are playing on high graphics settings, because they take a bit of CPU and GPU power, required for post-processing effects rendering.” 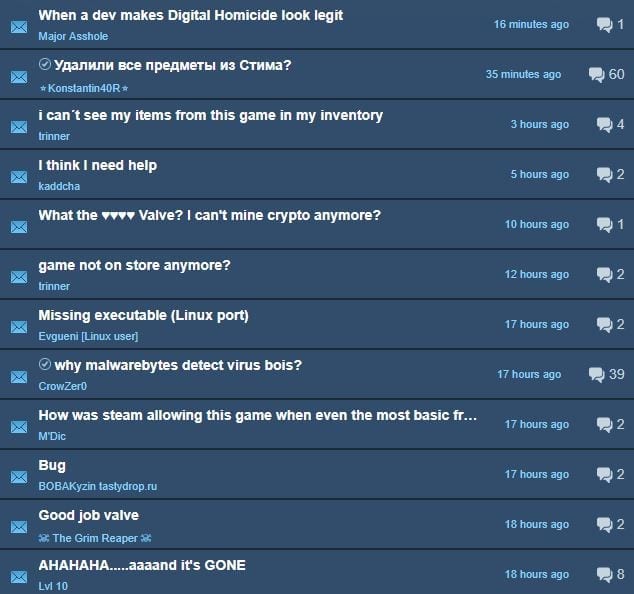 Valve has now made the decision to pull the game from the Steam store in the wake of the scandal, and has released a statement to Kotaku, where it confirmed it had: “removed Abstractism and banned its developer from Steam for shipping unauthorized code, trolling, and scamming customers with deceptive in-game items.”

Although the devs have apparently denied the accusations, YouTuber SidAlpha has unearthed an incriminating screenshot of a comment which has since been removed from Steam.

The comment apparently reads: “Bitcoin is outdated, we currently use Abstractism to mine only Monero coins.”

It’s believed that Valve is taking steps to stop this happening again in the future, according to Steam code shared on Reddit.

Did you download this game when it was live?