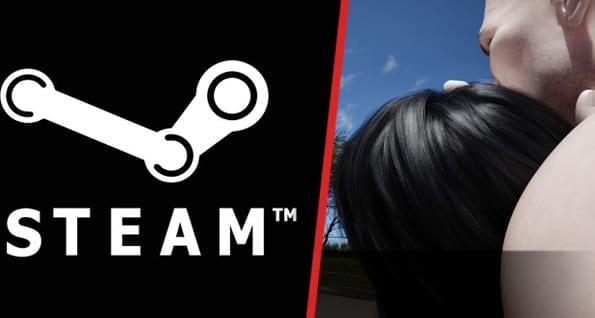 Valve is currently evaluating a Steam game called Rape Day, which is causing a huge uproar both in and outside of the gaming community.

Rape Day‘s official description reads: “Control the choices of a menacing serial killer rapist during a zombie apocalypse. Verbally harass, kill, and rape women as you choose to progress the story.

“It’s a dangerous world with no laws. The zombies enjoy eating the flesh off warm humans and brutally raping them but you are the most dangerous rapist in town.

“Rape Day is a choice driven visual novel. It does not include grinding or any other time wasting activities. So skip the foreplay and enjoy your Rape Day; you deserve it.”

If that’s not deeply disturbing enough, the Steam page is littered with shockingly graphic and distressing images, along with a short trailer.

Steam is infamous for allowing controversial and troublesome games onto its pages, and although I’m all for freedom of speech and taking creative liberties, this is a game that’s genuinely chilling.

Katie Russell, national spokesperson for England and Wales-based charity, Rape Crisis, spoke exclusively to GameByte about the huge and deeply concerning ramifications of a game like Rape Day.

“While the premise of this game is particularly shocking, it’s by no means the first video game to promote violence against women and girls,” said Russell.

“That such games exist, and that more and more extreme examples like this one are being developed, reflects how desensitised our society continues to be towards sexual violence and abuse, and the widespread lack of empathy we have towards victims and survivors.

“Rape, sexual abuse and all forms of sexual violence are among the most traumatic experiences someone can go through in their lives, and their impacts can be wide-ranging and long-lasting, often even lifelong. They’re also far more common crimes than most people realise.

“We need to stop trivialising sexual violence if we are ever going to see a reduction in its levels or an increase in criminal and social justice for those subjected to it. There’s arguably no such thing as ‘just a game’ about rape or sexual violence when lack of understanding and awareness of consent and the prevalence and impacts of these crimes is so high.

“It’s not just offensive, and undoubtedly distressing to many sexual violence and abuse victims and survivors, it’s irresponsible and part of a much bigger problem.”

For some unknown reason, the game is currently in a bit of a grey area, wherein it’s apparently not too clear whether or not it violates Steam’s rules.

The anonymous creator of the game, known just as Desk Plant, has stated on the game’s Steam page that it’s been created for “a niche audience.”

They also added: “If it’s not your type of game you definitely don’t need to play it but as other’s [sic] have said I tried to make a game that I would enjoy playing, and there are other people like me. 4% of the general population are sociopaths and the type of people that would be entertained by a story like this is not even limited to pure sociopaths. I understand that it is however it is not the majority of people; again the game is for a niche audience.”

Rape Day is currently under evaluation as Valve has yet to reach a conclusion on its release.