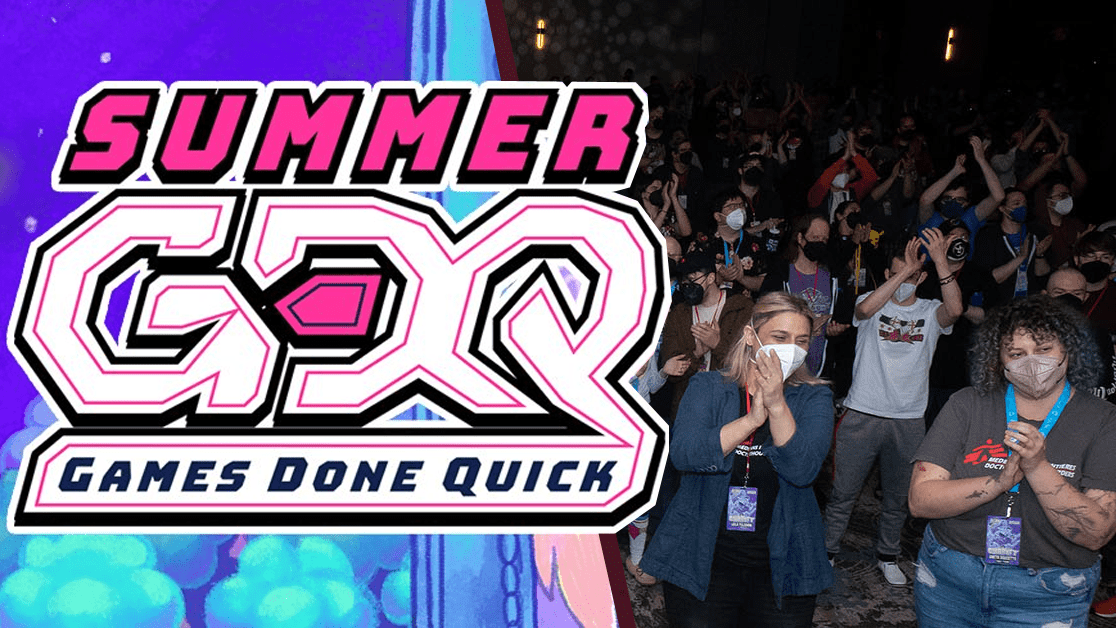 Summer Games Quick finished for another year last weekend while raising a whopping $3,016,200 for the charity – approx. £2.5million.

OVER 130 SPEEDRUNS IN ONE WEEK

The event was its first in-person show since the beginning of the Covid-19 Pandemic. Running from June 26th -to July 3rd in Bloomington, Minnesota, SGDQ featured over 130 different speed runs of games.

From Shadow of the  Colossus to Super Mario Odyssey, a wide variety of games were featured.

The final game ran as the final amount was totalled, was Elden Ring by speedrunner Covert Muffin.  If you missed the event you can watch all the runs on Games Done Quick’s YouTube Channel.

The sheer excitement as the amount gets closer to a monumental $ 3 million is a delight to watch, whether or not you’re familiar with the speedrunning.

The amount raised by Summer Games Done Quick this year wasn’t record-breaking, with Awesome Games Done Quick (AGDQ) raising $3.4million in January.  However, it’s still an incredible feat that all those involved should be proud of.

If you’re new to the world of speedrunning I highly recommend picking a game you’re incredibly familiar with. Watching someone blast through your favourite game like it’s nothing, is very cathartic to watch.