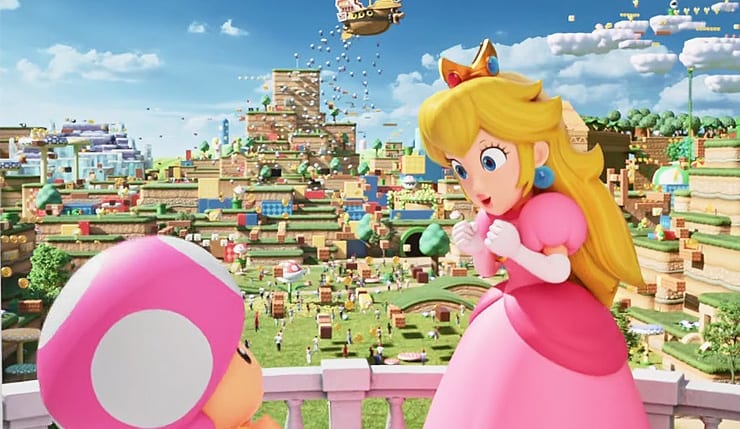 Super Nintendo World Florida has been given a new opening date of 2025 due to the ongoing global coronavirus pandemic [via VGC].

According to Universal, the park’s construction was previously suspended in 2020 but has slowly regained progress. The condensed version of Nintendo’s theme park is set to make its debut as part of Universal Orlando’s Epic Universe, the attraction’s third upcoming theme park.

Super Nintendo World is the only franchise we know of so far featuring at Universal’s new park. Nintendo’s presence was announced by executives from Comcast in January, letting the Cat-Mario out of the bag so to speak. The Epic Universe is set to be even bigger than Universal’s existing resort, so there’s sure to be more “lands” announced in the lead up to 2025.

The Epic Universe park is set to take up 750 acres of land and is situated a few miles away from the rest of Universal’s attractions. The entire Universal Orlando Resort is only 540 acres in comparison, meaning that The Epic Universe is Universal’s most ambitious project yet. The park’s opening was initially planned for 2023, but Universal has stated that it needs more time to get back on track.

The decision follows announcements from Nintendo that the Japanese park’s opening would also be postponed indefinitely. The video game theme park was set to open in 2021 but has suffered the same fate as various other projects hampered by the coronavirus. Eager fans can currently take a virtual tour behind the Mushroom Kingdom’s gates through the Nintendo official website.

Nintendo has issued a notice on its website, stating that “The grand opening date of Super Nintendo World ™ will be announced again after the ’emergency declaration” is lifted in Osaka Prefecture.”

Are you looking forward to Super Nintendo World Florida?