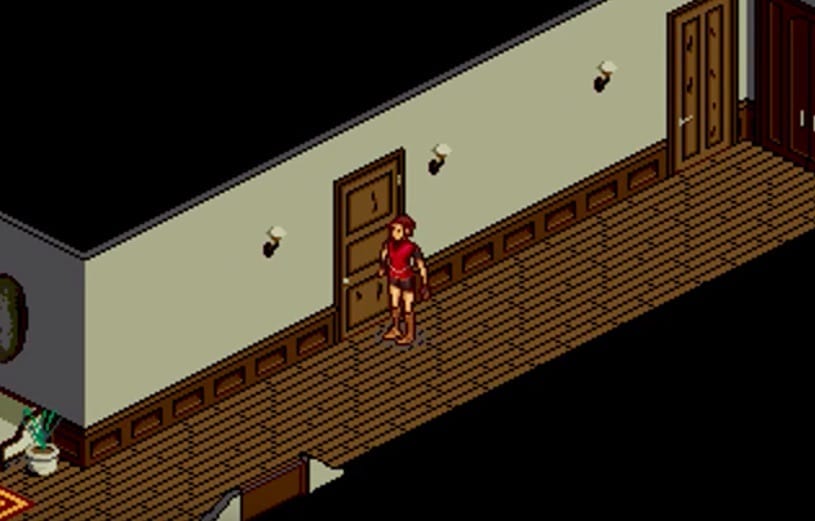 Gaiden was a game that was very technically restricted for obvious reasons, but despite its flaws, it’s still a very much beloved game in the series (plus it stars the legend that is Barry Burton).

However, a fan-made project called Bio Evil has given us a taste as to what a 16-bit Resident Evil game may have looked like. The fan-made game is developed by PSCD and, while we only get a glimpse of a corridor and a couple of rooms, it certainly has that Resident Evil vibe.

The playable character moves about with no animations and there are no sound effects (at least via the video shown), but this project is still in its beta stage, so there’s time!

It does have some interaction such as documents, switches, locked doors to be opened with a key and an inventory system, plus a static zombie.  There is also a cool screenshot that shows the bar room located on 1F of the original RE mansion.

The fan made game is developed with the Sega Mega Drive/Genesis in mind and I really like what the indie developers are attempting to achieve here.

We’ll have to see how Capcom reacts to this, because despite it obviously being no threat to the Capcom IP, big companies often clamp down on fan-made projects.

This is probably why the game is called Bio Evil and the playable character shown resembles Claire Redfield rather than Jill Valentine, so that the game can perhaps be described as influenced, rather than a direct rip.

Hopefully this project won’t get shut down by the powers that be, because I’d love to see how far the talented developers at PSCD can take their Resident Evil inspired project!