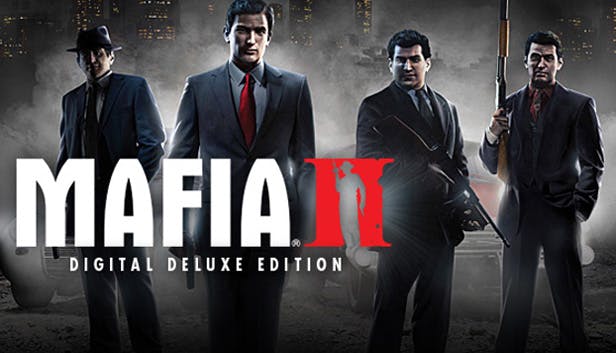 It seems as though Take Two Interactive might be working on a new Mafia – or maybe even a certain remaster or remake!

Take Two has registered for a handful of trademarks associated with the Mafia brand over the last month or so [via SegmentNext] suggesting that a next-gen revival might on the cards.

As of yet, none of the trademarks have been approved.

Evidenced by the images below, two of the trademark applications are in relation to the word “Mafia,” and used text-based logos.

It’s not known whether or not these are placeholder designs, whether they point to a remaster of the classic, or if they’re something new entirely.

Along with these two applications comes a trademark specifically for Mafia 2. Be still my beating heart.

Of course, Take Two Interactive has yet to respond to the rumours, but it definitely looks like some tangible evidence that more Mafia is on the way!

The Mafia series, which first kicked off back in 2002, is one of the best series in gaming, and the news of even more titles has gotten a lot of people excited.

Hopefully we’ll be hearing more about the project (or projects!) sooner rather than later, but we have to assume that this is going to be a next-generation project.

The next Xbox and PlayStation will both be launching next year, and it’s highly unlikely we’ll be getting a new addition to the Mafia franchise before then.

Would you rather see a new game in the series, or are you hoping we’ll finally get that long-awaiting remake or remaster of the ever-iconic Mafia 2?

Expect more on this (potential) story as it develops.

Thanks to Nibel on Twitter for the heads up on this one!