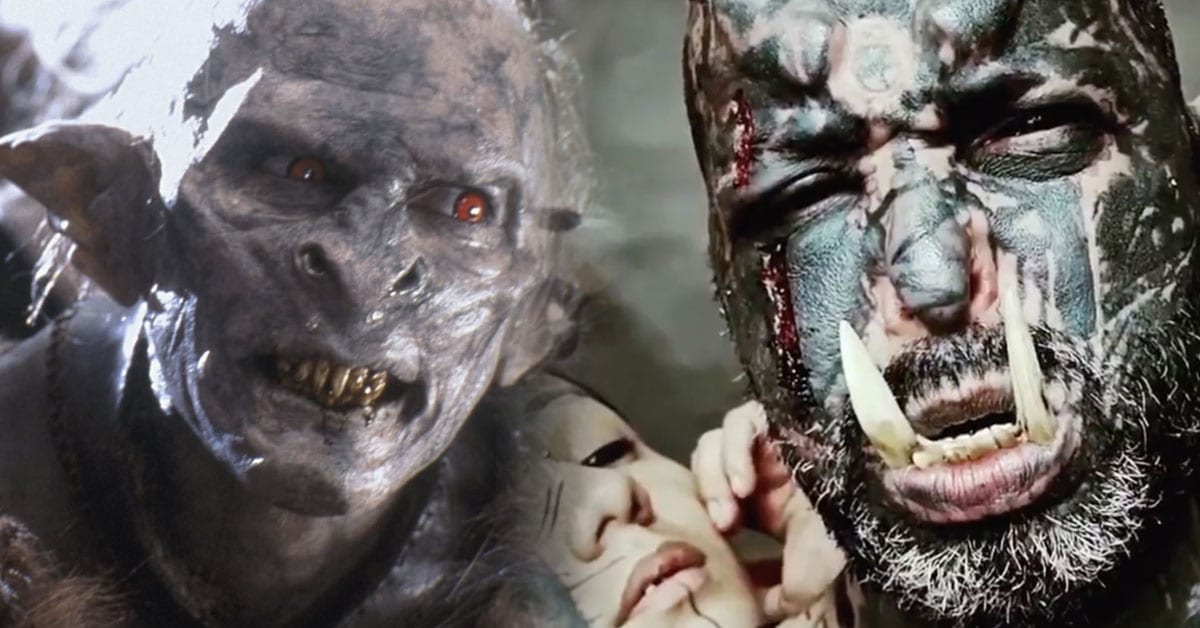 A tattooed man has effectively turned himself into an orc based upon The Lord of the Rings movies [via LADBible].

Rico Ledesma, aged 41 from Brazil lives with his 25-year old wife Krishna Insomnia and their young daughter, with a new family arrival on the way.

Rico not only has “85%” of his body tattooed, but he even has his eyes tattooed, has his tongue split, has false teeth replaced with huge fangs, what looks to be other facial modifications to his skull, and more.

As you might expect, it has taken Rico years to transform his body and I doubt that he’s planning on ending his project anytime soon.

The Lord of the Rings and J.R.R Tolkien mega-fan has nearly 35,000 followers on Instagram, where he shares insight into his family life with of course plenty of photos too.

“I started to change seven years ago in order to look different but the project to look like an Orc is less than a year old,” explained Rico.

“I got six false teeth placed in August 2020 and I’m going to put two bigger ones in, even though I’m having trouble eating and drinking.

“The new Orc modification project consisted of the implantation of two more tusks (two large teeth), body paintings which are almost all in black with some grey spots and some burns and modifications.

“The teeth were the final touch to the Orc project and came after a lot of study and sleepless nights.”

After gaining the attention of the movie producer, Rico has landed himself in a role of a forthcoming project with filming set to begin this October in Barcelona and the Canary Islands.

“I can’t say much about the film but I can say that it will be innovative and playful – something that has never been seen before in cinema.

“Me and the whole team are very anxious for the cinema debut,” said Rico.

What are your thoughts on the body transformation of Rico Ledesma and would you turn yourself into a Lord of the Rings orc? Let us know across our social media channels.