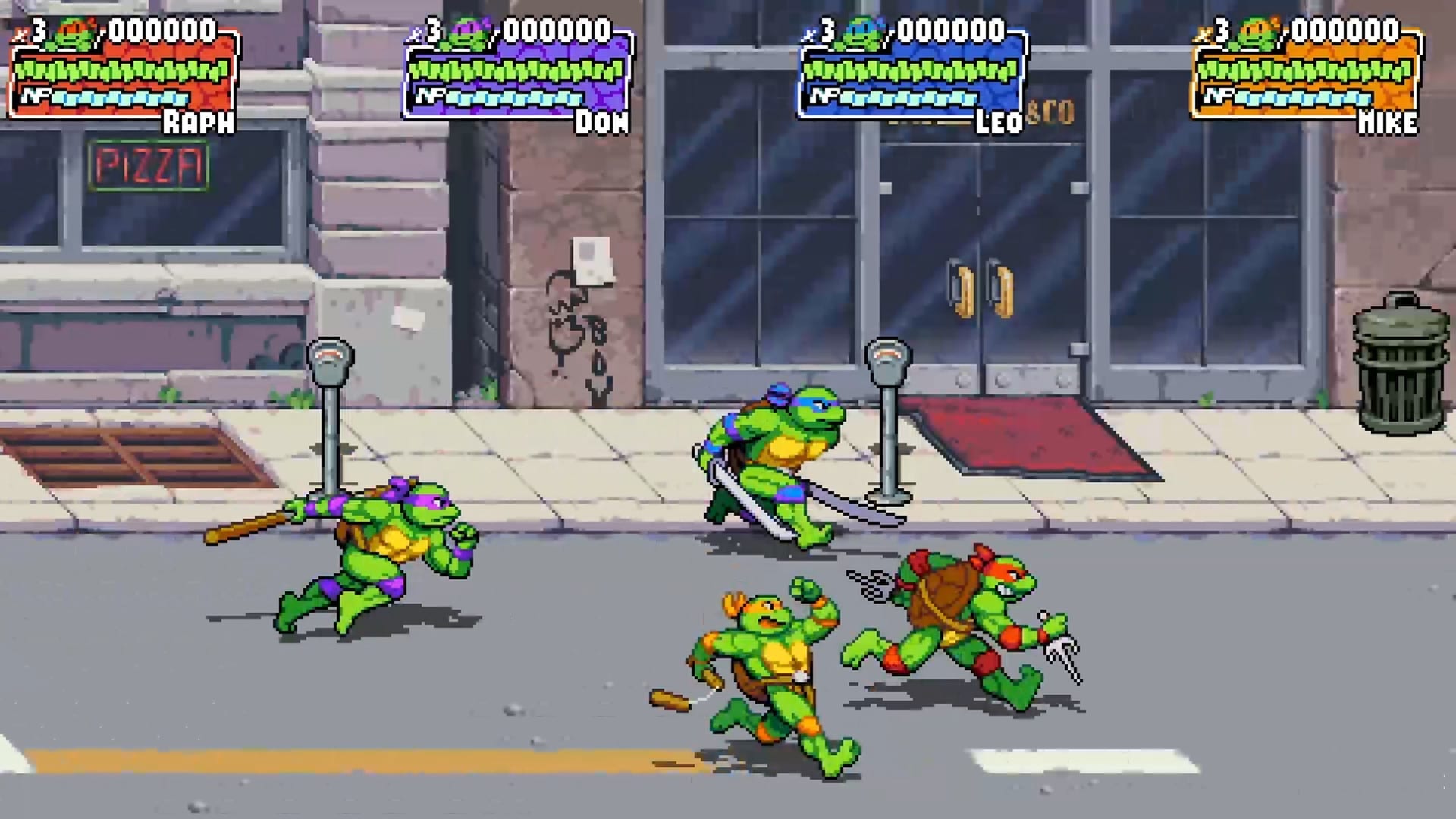 Everyone’s favourite pizza-munching ninja turtles are back, with a new four-player beat ‘em up inspired by the legendary arcade classic TMNT: Turtles In Time.

Teenage Mutant Ninja Turtles: Shredder’s Revenge is a new cartoon caper from Dotemu, the studio behind Streets of Rage 4 and Wonder Boy: The Dragon’s Trap.

This new reptilian rampage will also be in collaboration with Tribute Games, the developer of Mercenary Kings and Flinthook. The game’s trailer features a gorgeous animated intro, one that bears a resemblance to Dotemu’s take on the Streets of Rage saga. Check it out below!

Shredder’s Revenge has an aesthetic that is sure to give any 90s kid chills. The game itself features a pseudo-32 bit art style that draws inspiration from Turtles in Time. Yet, this new beat ‘em up has an identity of its own, which stands as a testament to Dotemu’s talents.

Accompanied by a brand new version of the classic theme tune, the trailer is definitely aiming for our nostalgic heartstrings. The new jingle is by none other than Faith No More’s Mike Patton, who fits the bill perfectly.

While Dotemu’s short preview doesn’t give too much away, it does give us a glimpse beneath the game’s shell. Shredder’s Revenge looks to be the ultimate brawler tribute, with subtleties that honour the genre’s legacy.

In a way, this upcoming arcade adventure is more like Streets of Rage than Turtles in Time, and in more ways than just its choice of graphics.

There are tons of sly nods to SEGA’s side-scroller in the reveal trailer, from Bebop wielding a Mr X style machine gun to similar grabbing mechanics. That being said, there’s also a nod made to the Turtles’ last 16-bit adventure, as the trailer closes with an enemy being hurled towards the screen.

Sadly, there’s no release date included in the trailer. It’s been 20 years since Turtles in Time, so perhaps waiting a little while longer won’t be so bad (screams internally).