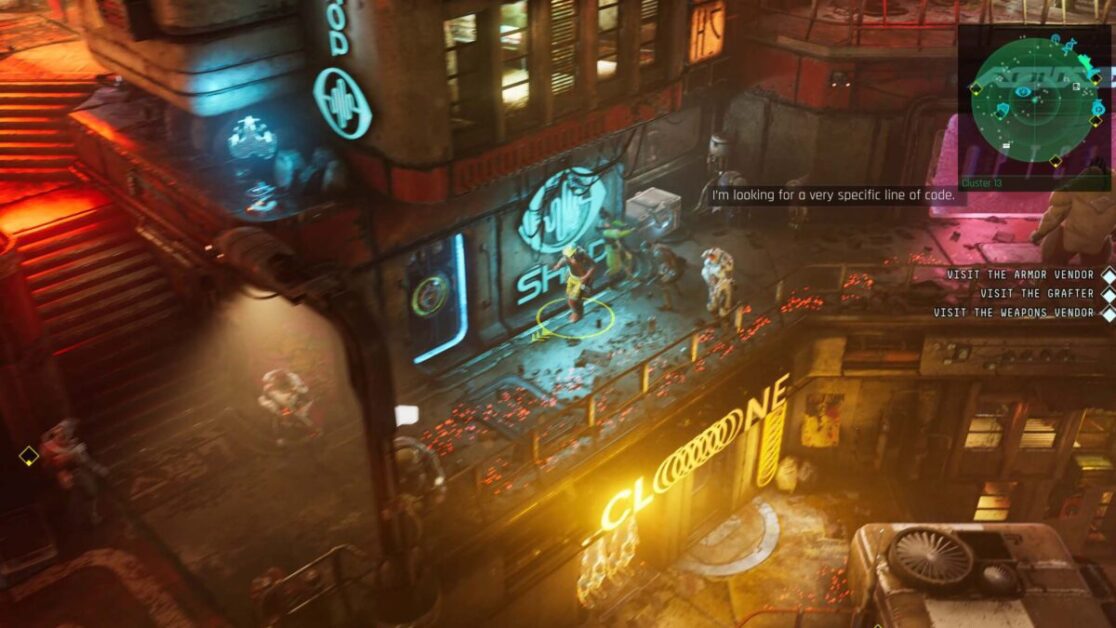 The Ascent is a brand new game from indie developer Neon Giant and it arrives on Xbox Game Pass today!

Ever since we first caught a glimpse of The Ascent last year, it’s been firmly towards the top of our most anticipated games for Xbox. With only a team of 11 people at the helm – that’s right, only 11! – this ambitious project looks as though it’ll give Cyberpunk 2077 a run for its money.

What’s The Ascent All About?

You play as an ‘Indent’, an industrial worker on the planet of Veles. It’s ruled by a corporation known as The Ascent Group. Early on, the organisation completely collapses, inciting other rival corporations and factions to fight for control of what’s left. Your job as the player is to fight your way through the open world and discover why The Ascent Group fell in the first place.

Along the way, you’ll encounter frequent enemies, tasked with eliminating them with a variety of upgradeable weapons. There’s also an augmentation and skill tree system that allows you to customise your character exactly to your playstyle.

A running narrative will take you about 15-20 hours to complete, though there’s also side-quests aplenty to keep you occupied. You’ll have a hard time ignoring them, too. With the 4K visuals of the Xbox Series X, the world of Veles looks utterly stunning, if a little grubby. The top-down camera angle gives you a unique window into the fascinating world.

Did I mention that you can play the whole thing in co-op? No matter if you’re playing on PC, Xbox Series X|S, or Xbox One, you can team up and play the entire campaign in a frantic blowout. It’s arriving straight to Game Pass, too. Subscribers will be able to jump right in, just in time for the weekend!

We’ll have more coverage of The Ascent coming later in the week, so keep your eyes peeled on the GameByte site!

Will you be playing The Ascent on Game Pass today? Let us know across our social channels.