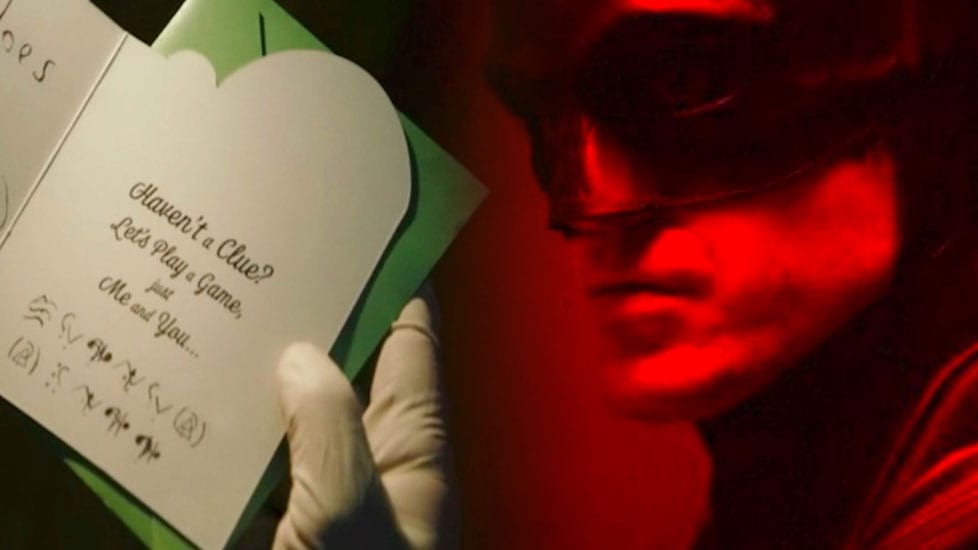 The first trailer for upcoming Batman movie, The Batman, had viewers scratching their heads thanks to the inclusion of a cryptic riddle, courtesy of The Riddler.

If you’ve been struggling to wrap your head around the card from The Riddler which includes some sort of coded message, don’t worry, as a number of Twitter users have already cracked it.

Of course if you don’t want it spoiled (and it sort of does have minor movie spoilers), look away now.

Before I give the game away, if you want to crack the code yourself, game designer Mike Selinker has the wonderful thread below, which shows you step by step how to get the answer.

If that’s too much brain power for you (and to be honest it’s a lot of brain power), the riddle decodes to simply: “HE LIES STILL.”

Exactly what that means remains to be seen, but we have our theories…Sadly, we still have a while to wait, as The Batman will be releasing in 2021.

In related news, upcoming game Gotham Knights also saw its reveal over the weekend. Not affiliated with the Arkham games we know and love, Gotham Knights sports a brand new look for our beloved DC heroes. The game’s description states: “Batman is dead. It is now up to the Batman Family – Batgirl, Nightwing, Red Hood and Robin – to protect Gotham City, bring hope to its citizens, discipline to its cops, and fear to its criminals. You must evolve into the new Dark Knight and save Gotham from chaos. Your legacy begins now. Step into the Knight.

Gotham Knights is due to land sometime in 2021.