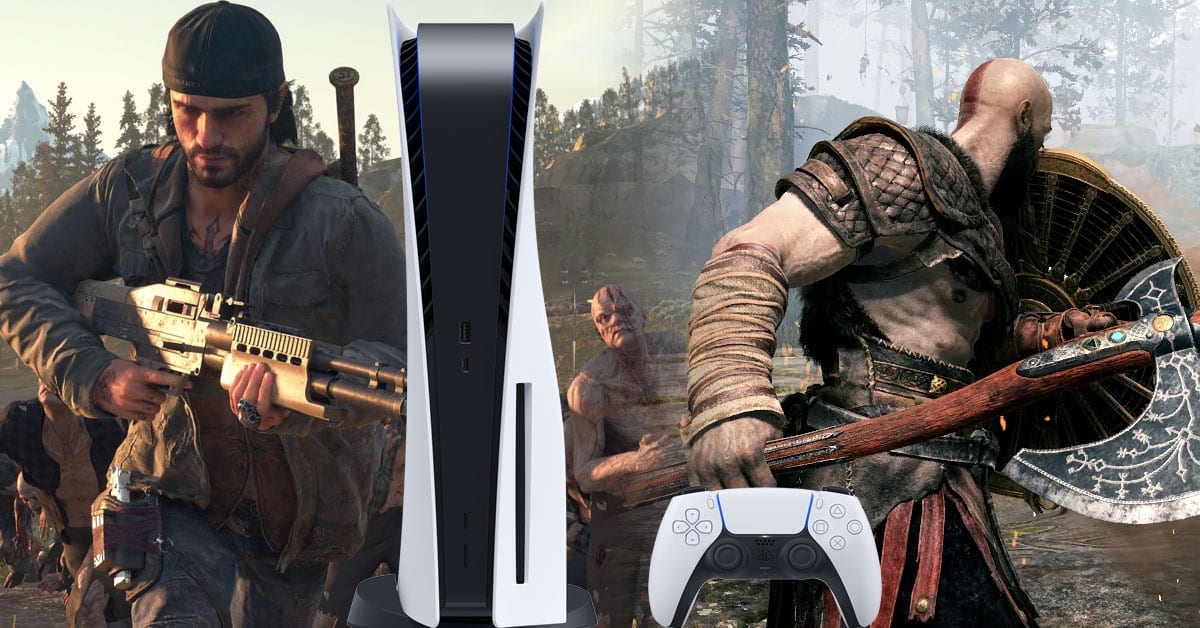 Despite owning a PS5, I’ve found myself mostly playing PS4 titles on the console, but that’s okay because a few classic PS4 games have received a new-gen boost. Here are the ones you should be playing if you own a PS5!

Talk about a game that pushed the PS4 to its limits! While not considered to be the best PS4 exclusive of its time, Days Gone is still a damn good game. When playing on the PS4 Pro with checkerboard 4K, even at 30fps, the framerate can stutter when you have hundreds of zombies a.k.a “Freakers” running at you.

However, on PS5, Days Gone runs at a super-smooth 60 frames-per-second with a dynamic 4K resolution. Playing Days Gone on PS5 feels like how the game was meant to be experienced on the console. Best of all, the game is included in the PS Plus Collection, so if you’re a PS5 owner with a PS Plus subscription, you can play the game for free!

Ghost of Tsushima is a game so good that I don’t want it to end, and I’m purposely taking my time exploring its beautiful Japanese world.

In truth, this game looks and runs incredibly well on the PS4 Pro, but it’s even better on PS5. While the graphics don’t benefit all that much on the PS5, the super-smooth 60fps is the way to play this modern masterpiece, and once you’ve experienced this boost, you won’t go back to playing it on PS4.

God of War (2018) still looks amazing on PS4 Pro, and when I look back at the screenshots that I captured, I still can’t believe that this game ran so wonderfully on the last-gen console.

However, on PS5, God of War runs at 60fps and looks stunning in checkerboard 4K while doing so. Even if you’ve finished God of War on PS4, play it again on PS5, because seeing is believing.

Much like other games on this list, Star Wars Jedi: Fallen Order still looks great on PS4 Pro.  Yet, during the most intense combat moments, even on performance mode the framerate still dipped.  However when playing Jedi Fallen Order on PS5, not only do the lightsaber battles look extra glorious with an improved resolution but we can now experience it in a smooth 60fps in performance mode.

While the list of best PS4 games that benefit from a PS5 boost is short for now, we’re expecting upgrades for a lot of PlayStation classics. Personally I can’t wait for Uncharted and The Last of Us to get their own boosts – unless remakes and remasters are on the cards! Let us know your favourite PS5 and Xbox Series X|S boosted games across our social media channels.