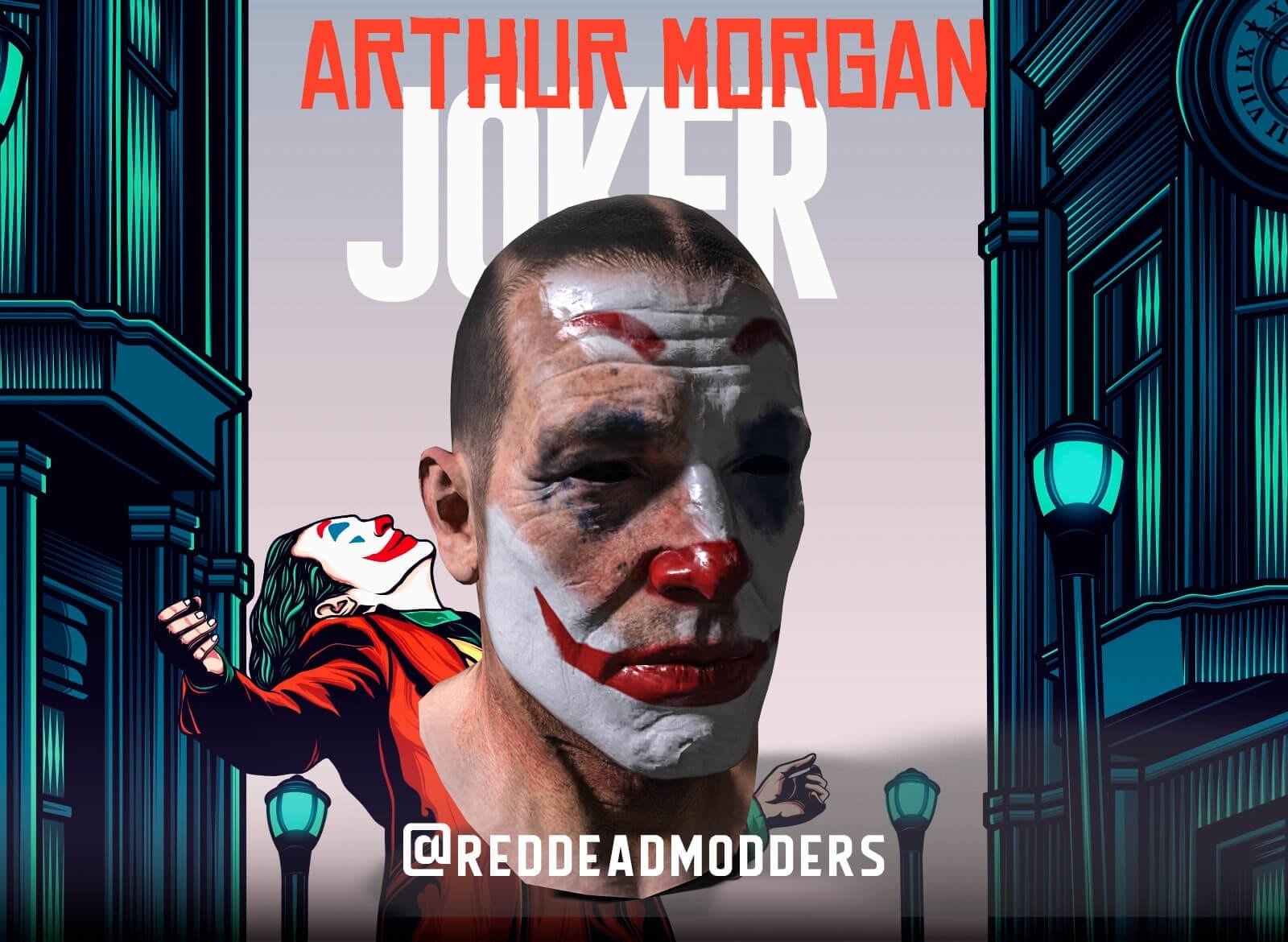 Red Dead Redemption 2 has officially landed on PC and you know what that means: it’s time to see some mods!

Despite the game only launching a day ago (Nov 5), there’s already a couple of mods already over on the hub of all things creative, NexusMods.

One of the stand-out ones at the time of writing is a mod that brings the iconic Joker into the world of Arthur Morgan and co. Created by pro modder RedDeadModders [via PC Gamer], you can now bring a lil bit o’ crazy into the wild, wild west.

RedDeadModders claims this is the first mod for the PC port of the game, offering up the simple yet accurate description: “A face re-texture mod of the main player, Arthur Morgan. With this mod, his default face will be covered in paint resembling the batman villain, The Joker!”

If Joker isn’t floating your boat then you just hold your horses, because RedDeadModders is also working on a whole host of exciting PC mods, including some Star Wars goodness and some throwbacks to RDR’s Undead Nightmare adventures.

Download the Joker mod for RDR2 on PC from NexusMods right here!

There’s also some other really exciting mods available for the game right now. These include the RDR2 Photorealistic reshade, Red Dead Redemption One sound files and even a mod to help you skip the first chapter of the game (Quickstart – A Chapter 2 Save).

Over on the Rockstar Games website, Rockstar introduces the changes to the PC version of the game, writing: “Red Dead Redemption 2 for PC , brings with it a range of graphical and technical enhancements to bring new life and detail to the story of Arthur Morgan and the Van der Linde gang, on the run from the law across America in the final days of the 19th Century.”

The game is available right now from the Rockstar Games Launcher and Rockstar Warehouse.