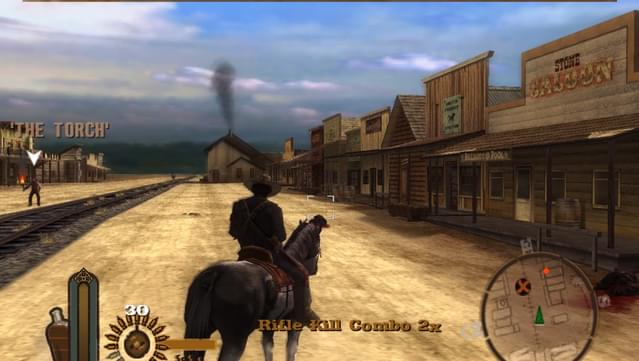 The 2005 classic that is GUN may not be one of the biggest names in gaming, but it’s a franchise that players definitely want to see get revisited. Although there’s been no word of a sequel on the horizon, it seems that at least one of the original developers is definitely on board with the idea.

Speaking to LADBible, GUN Project Lead Chad Findley said of the game: “I would only do [a sequel] if there was a great team really stoked to jump on-board,

“I love westerns but there is a lot of second guessing that happens with big-budget projects these days and keeping a game pure to the core is really hard when it isn’t following the standard formula.”

GUN is often compared to Rockstar Games’ Red Dead series, and with the mammoth success of Red Dead Redemption 2 last year, it’d definitely be no easy feat to try and launch a title set in the wild wild West.

Although GUN has millions of fans across the globe, the game’s 2005 reception was fraught with controversy. The game’s portrayal of different cultures was heavily criticised online, leading to Activision having to release a statement.

At the time, the company said: “Activision does not condone or advocate any of the atrocities that occurred in the American West during the 1800s. Gun was designed to reflect the harshness of life on the American frontier at that time.

“It was not Activision’s intention to offend any race or ethnic group with Gun, and we apologize to any who might have been offended by the game’s depiction of historical events which have been conveyed not only through video games but through films, television programming, books and other media.”

Regardless, I’d love to see a sequel to GUN, and I’m definitely not the only one!