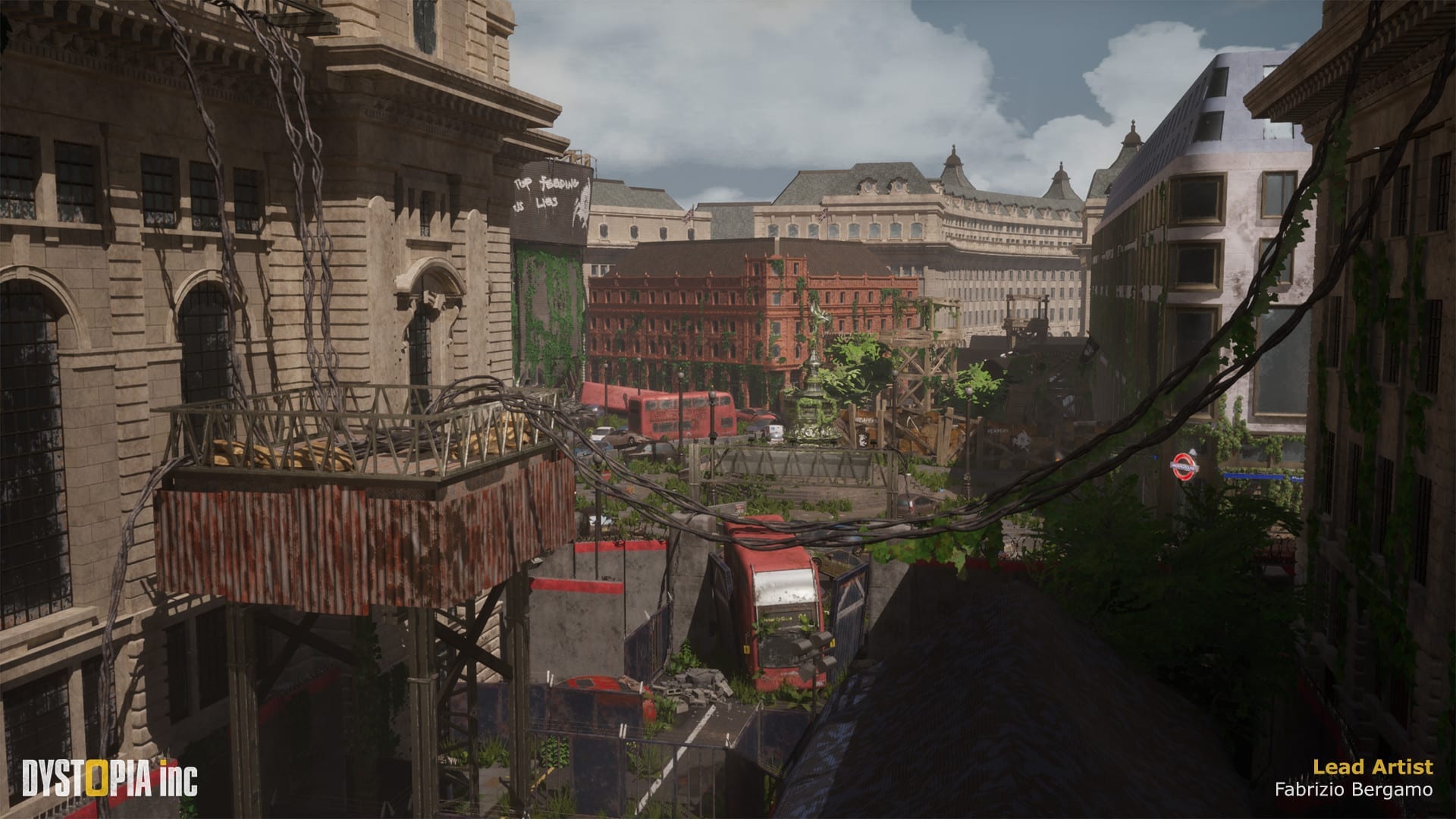 You have to take a look at this. A group of university students worked together on a project to create a dystopian London world based upon and inspired by The Last Of Us.

The Last of London, A Dystopian London Game World Inspired By The Last Of Us.

The Last of London was a group project that was built by 10 students in a total of 12 weeks. The project was posted online by the lead artist who shared their process and how the team went about building an entirely new world.

Their project brief was to create a DLC game level for the Last Of Us Part 2. The game world was set in London, 20 years after the original outbreak. The project brief mentioned that the world had to be enclosed and based on exploration.

As you can see from the images shown above and below, the art team had to work to replicate the same art style and environment that was captured in The Last Of Us. It’s safe to say that the art team did a great job.

The design brief also asked the students to include an interior area and a hero character model. You can see the full overview of the project from the creators of the project here.

To create the London-based game world and replicate the same theme seen in The Last Of Us, the team started by collecting different images from real life and from The Last Of Us. As seen in the picture below. 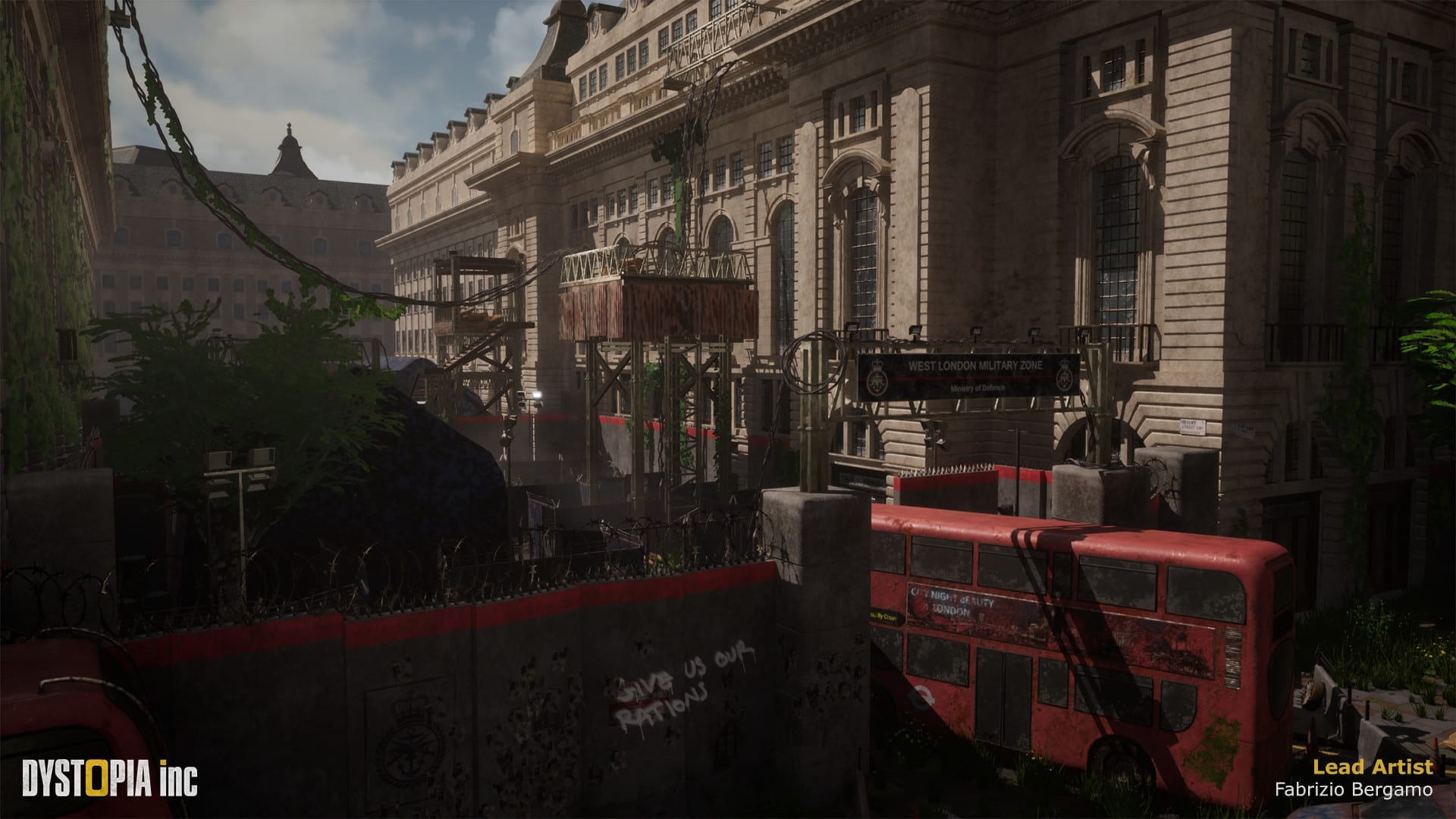 There were three key visual elements within The Last Of Us that the team used to base their own game world upon.

Firstly, The Last Of Us had a very strong light contrast when comparing interior and exterior areas.

Secondly, overgrowth and foliage played a strong part in creating a world that felt abandoned after the collapse of society. Thirdly, abandoned cars were used to paint a stronger picture. 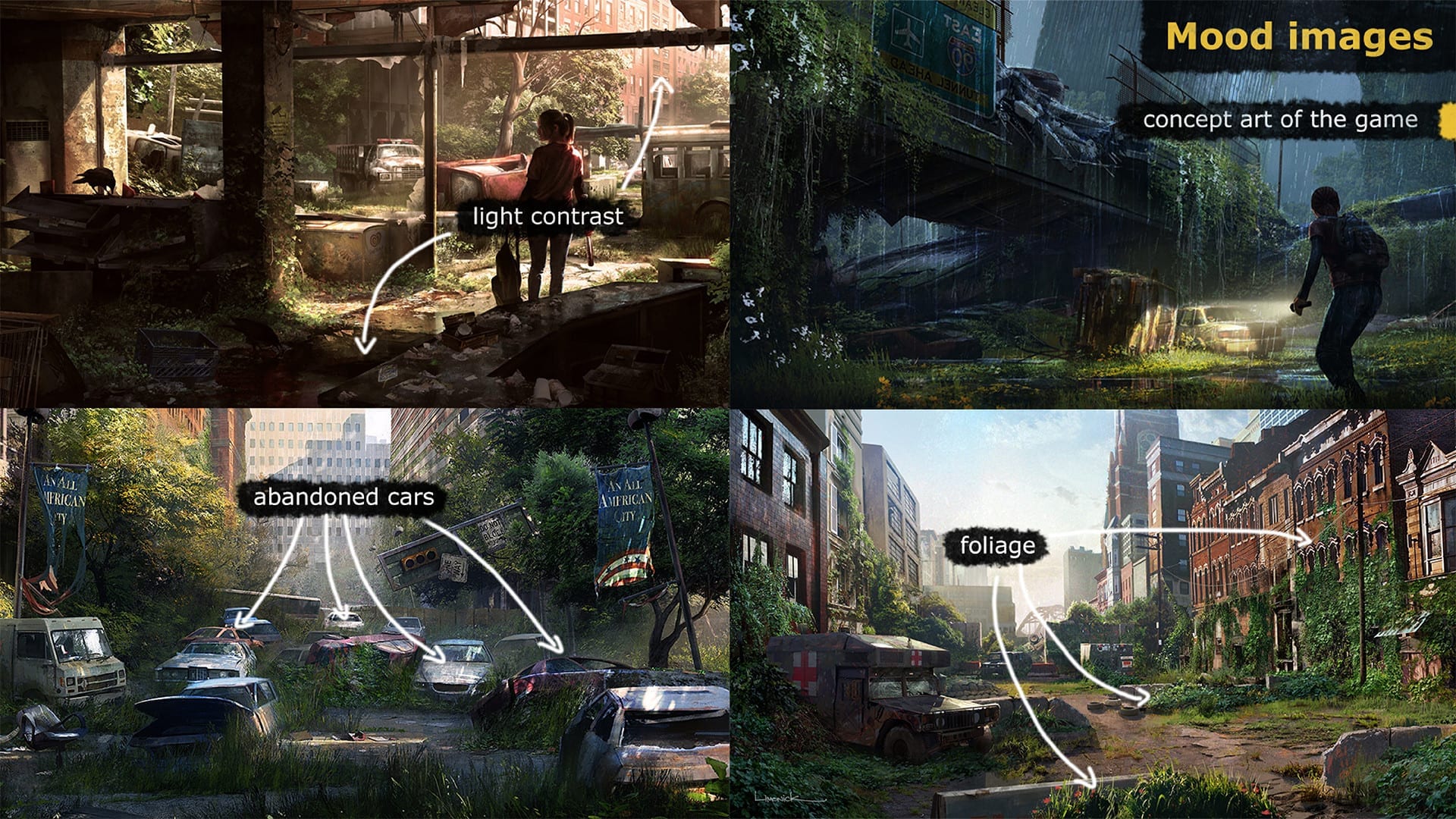 Creating a strong military presence was also important for capturing the same atmosphere that was present in The Last Of Us. The team used inspiration from old concept art to create military fences that were decorated with fences and barbed wire. 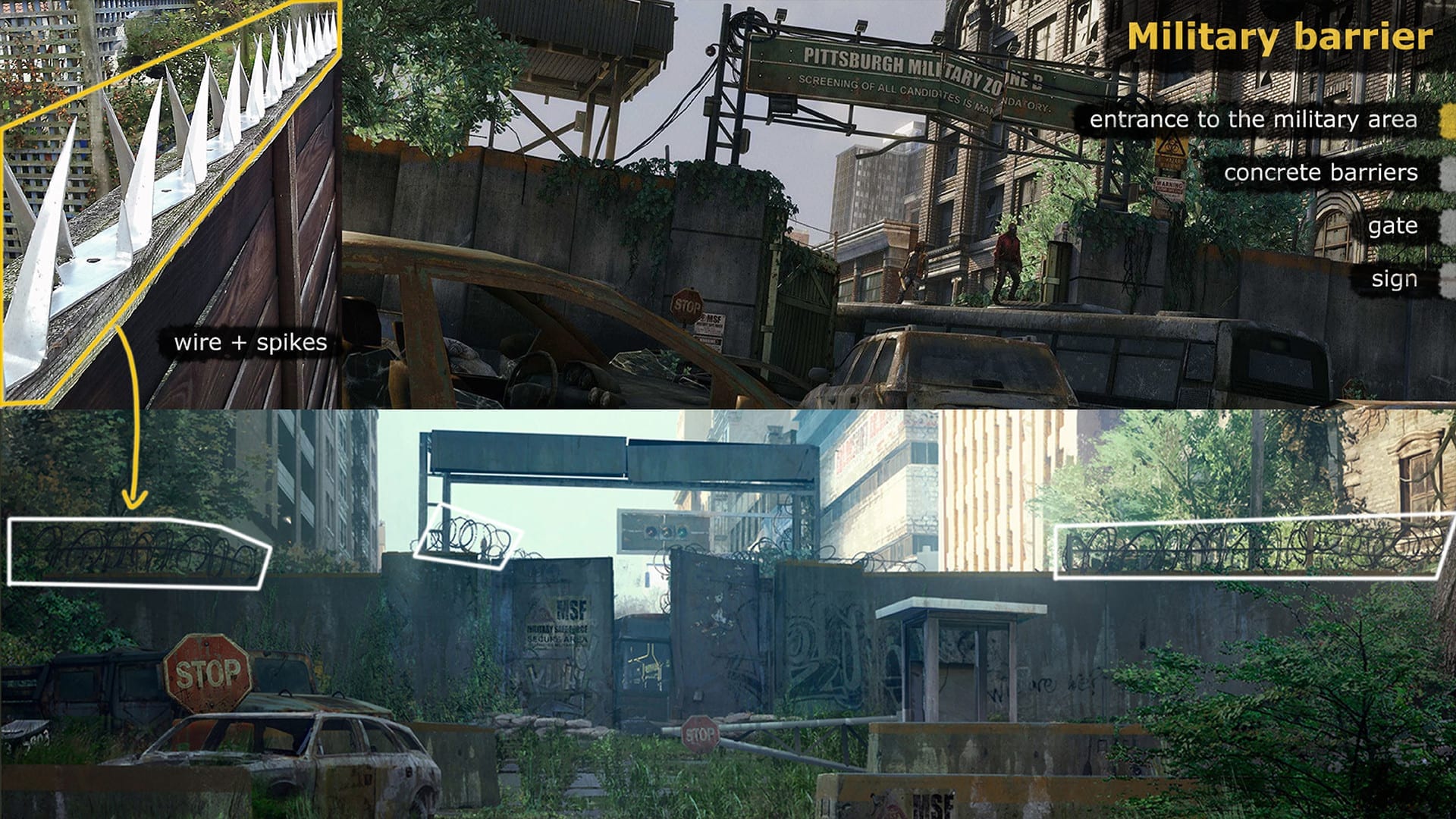 The overall game world certainly felt like something out of The Last Of Us. The subtle elements such as the London Underground sign, alongside more noticeable objects, like the London bus, helped to show to the viewer that the game was based in London.

The art team also did a good job to replica the kind of buildings you’d expect to see within London. 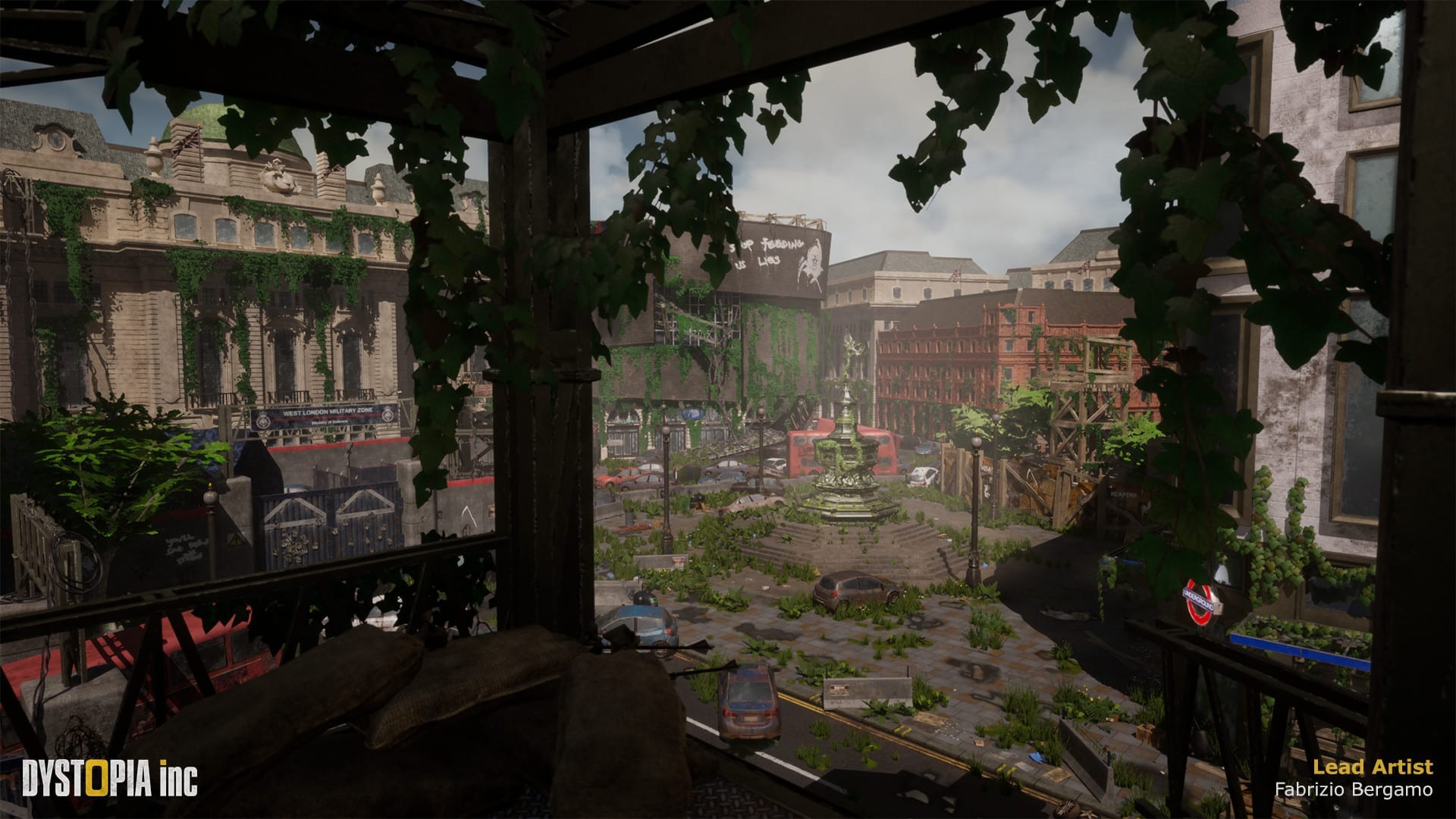 The art team worked had to add the world with clutter to help paint a picture of an abandoned, post-apocalyptic world. Abandoned cars were left in the roads, trash was strewn across the streets, foliage was growing on buildings, and graffiti was sprayed all across the city to help create a living, breathing world. 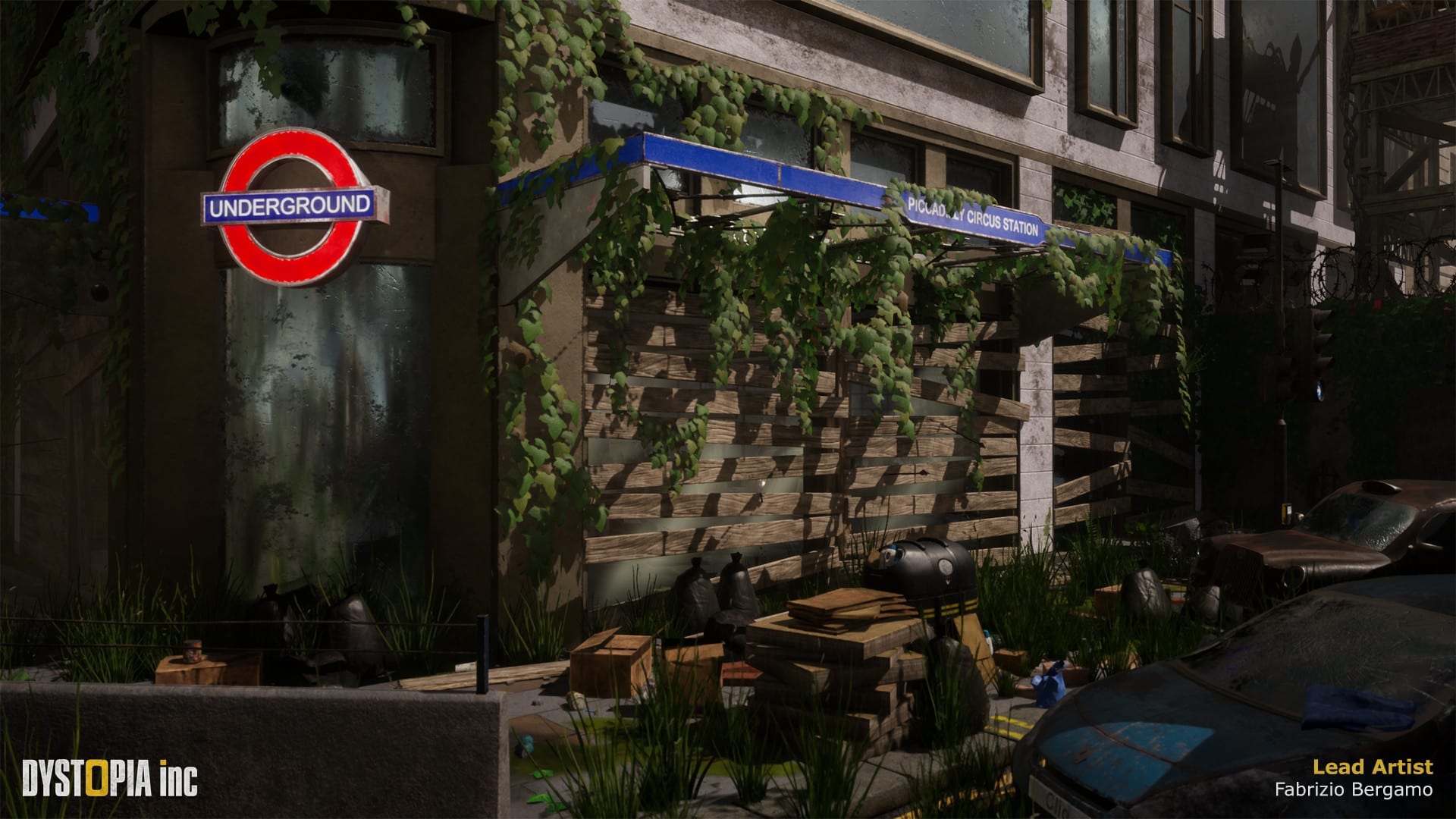 The next image captures all of the elements of the game world in one single shot. If somebody told you that this was a shot captured from within a new standalone DLC for The Last Of Us, would you believe them? I certainly would. 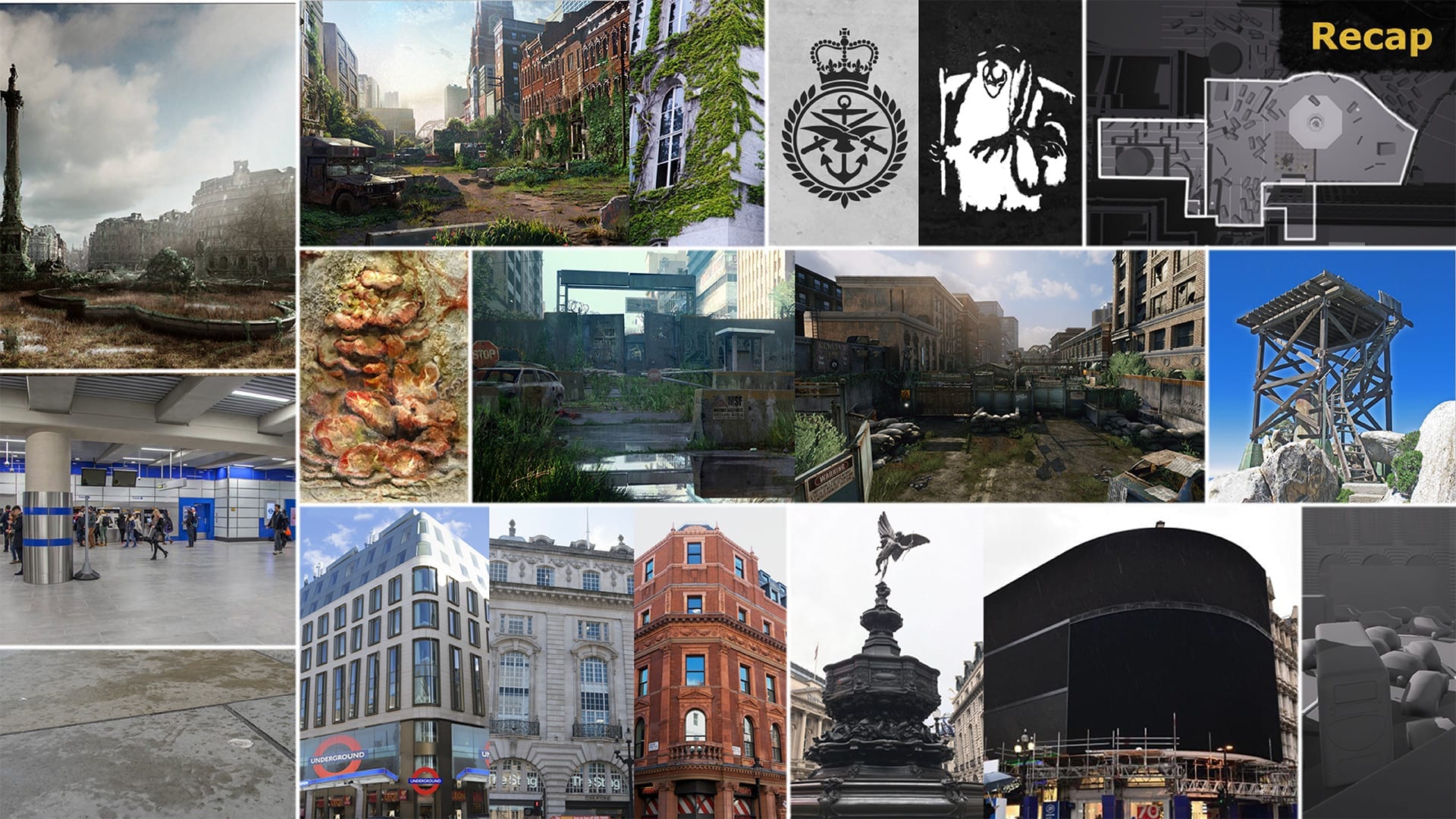 Unfortunately, this entire project is currently nothing more than an art project for university. Some details still haven’t been rendered completely, but even still, the work that has gone into this project is incredible.

The students responsible for working on this game world deserve some credit. They’ve put in a lot of hard work and who knows, if Naughty Dog sees this, maybe they’ll be offered an art design position once they are out of University. 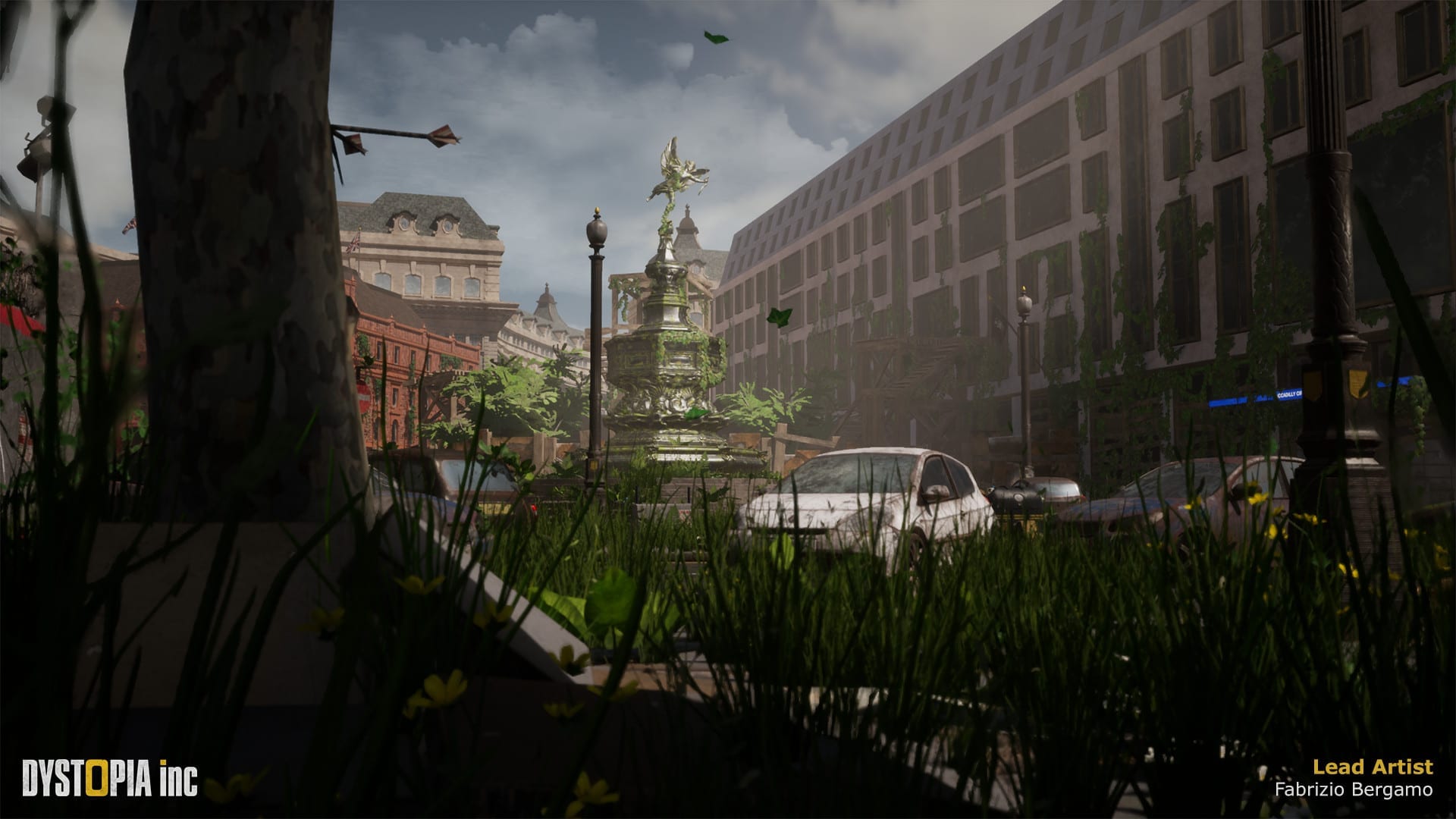 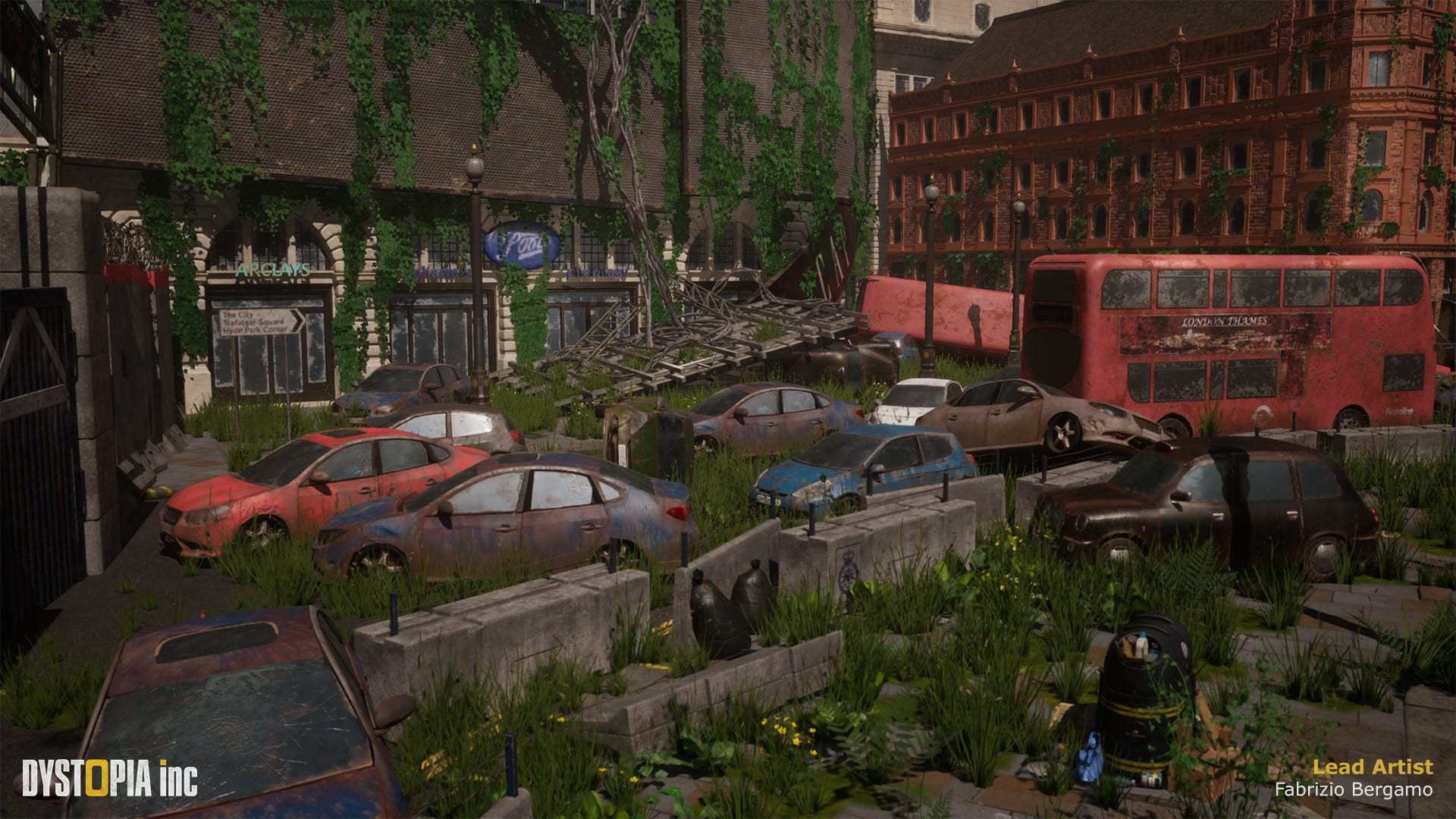 Whilst this small environment has been created with incredible detail, they haven’t been imported into a game engine and it’s currently nothing more than the 3D environment shown throughout these pictures.

There aren’t any modding tools available for The Last Of Us, so even if somebody really wanted to turn this game world into a new mod for the game, it’d be pretty much impossible.

I still think it’d be amazing to see this environment used for inspiration for a real London themed Last Of Us game or DLC pack.

Of course, at this point, we could only dream of such a thing happening. Thankfully, The Last Of Us Part 2 might just be around the corner, so if seeing these pictures has gotten you nostalgic, you’ve got something good to look forward to.

We are expecting gameplay footage of the Last Of Us Part 2 during Sony’s E3 conference later this month. 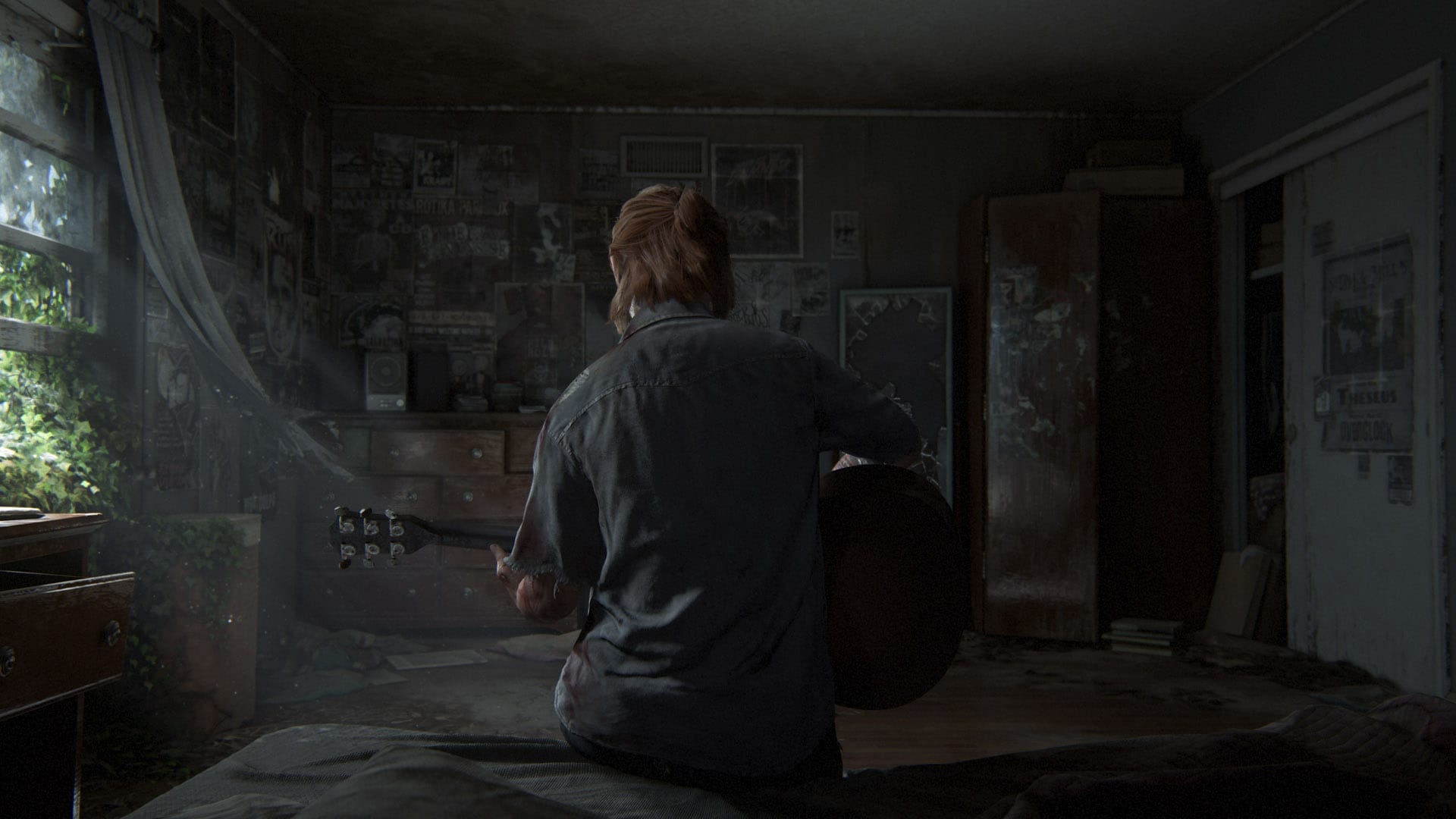 The Sony E3 conference will take place on Monday, 11th June 2018 at 6PM PDT. We all should be able to watch it live on the usual platforms, such as Twitch.tv and YouTube.

If you’d like to put some time aside to watch it, keep in mind that the event will most likely run for between 60 and 90 minutes.

During the Sony E3 conference, Sony will also showcase Death Stranding, The Ghost Of Tsushima, and potentially more games.

If you can’t put aside time to watch the conference, don’t worry, we’ll be covering all of the biggest reveals and will be sharing recaps and our opinions on any announcements that are made. 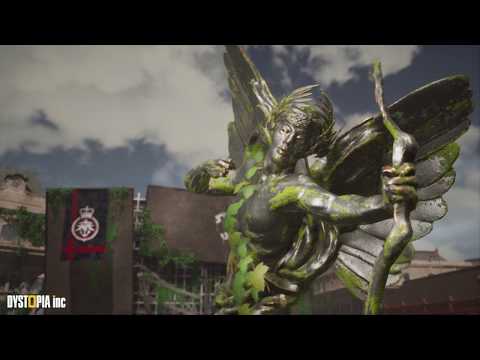 We will also make sure to give extra coverage to The Last Of Us Part 2, which is expected to be one of the biggest games to get coverage during E3 2018.

There’s no denying that this dystopian Last of London art project looks stunning. What are your thoughts on this Last Of Us inspired game world? If you could choose to create a new The Last Of Us game in any country, where would you choose?