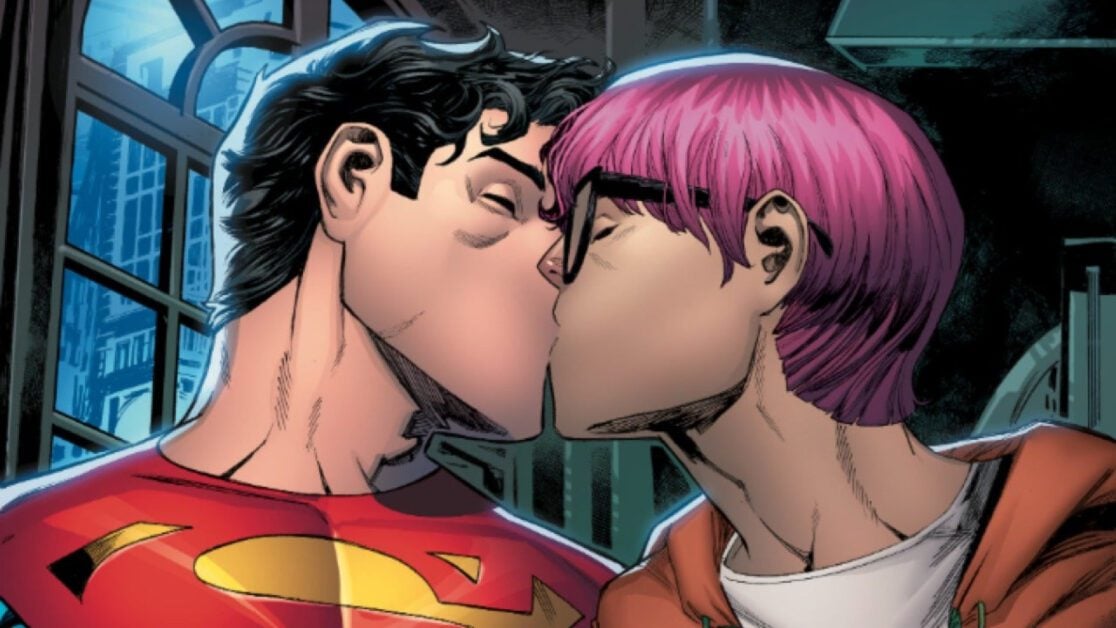 A new Superman character has come out as bisexual. The character in question is Jon Kent, son of Clark Kent and Lois Lane.

Jon Kent is not to be confused with Superman’s other son, Conner Kent. Jon Kent first appeared in Convergence: Superman #2 in July 2015. However, Jon would not appear in his Superboy attire until over a year later in Superman vol. 4 #2 in September 2016.

In the moments leading up to Jon Kent coming out as bisexual, he forms a close bond with friend and hacktivist, Jay Nakamura, before expressing their feelings to one another.

“Over the years in this industry, it probably won’t surprise you to hear I’ve had queer characters and storylines rejected. I felt like I was letting down people I loved every time this happened” writer Tom Taylor told IGN.

“But we are in a very different and much more welcome place today than we were ten, or even five years ago. When I was asked if I wanted to write a new Superman with a new #1 for the DC Universe, I knew replacing Clark with another straight white saviour could be a real opportunity missed. I’ve always said everyone needs heroes and everyone deserves to see themselves in their heroes. Today, Superman, the strongest superhero on the planet, is coming out.”

At the moment, Jon Kent’s story is exclusive to the comic book series, but it will be interesting to see if he is explored in future animated or live-action tellings. Superman: Son of Kal-El #5 will be released in print and digitally, next month on Tuesday, November 9th.

Have you been enjoying Jon Kent’s story in Superman: Son of Kal-El? Let us know across our social media channels.