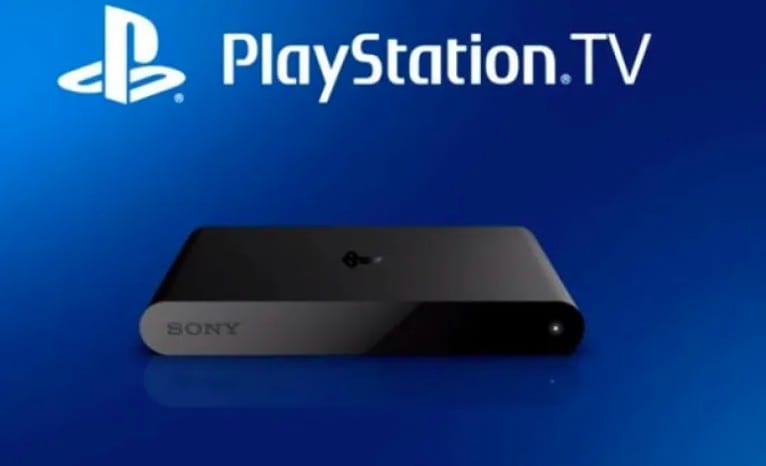 Let’s be honest, the PlayStation TV is weird. It’s the PS Vita’s younger, screenless sibling that was somewhat neglected by the industry upon its release. Now that Sony has abandoned the Vita brand, the hardware is even more obscure. I mean, it’s essentially just a housebound Vita console, right? Well, perhaps not.

The PSTV is actually surprisingly versatile when you think about it. It’s a small, lightweight console with access to the PS Vita’s extensive library and the PlayStation Store. This means that it actually has the ability to be various consoles in one, depending on how you use it. Sure, so does a standard Vita, but the PSTV has a secret weapon, one that was omitted from Sony’s PSP successor – HDMI output.

Being able to play portable games on a TV is an understated feature. We spend a lot of time during the day looking at mobile devices, so it’s nice to change things up from time to time. Consoles like the Nintendo Switch embody this concept, enabling players to jump between handheld and TV mode seamlessly. Sadly, the Vita isn’t capable of such feats, with the whole experience being limited to the console’s five-inch screen.

At least, that was the case before the release of the PlayStation TV. The micro-console almost feels like an extension of the Vita, somewhat making up for the portable’s lack of HDMI output. Swapping your game cart and memory cart between the Vita and PSTV is almost like a less elegant version of the Switch dock. It’s far from being a perfect solution, but the end result almost replicates the Nintendo Switch’s abilities. Sony’s instance in making two products into one is less than ideal, but unifying the two pieces of hardware facilitates a unique experience.

If you’re a fan of the original PlayStation Portable, then the PSTV is also an excellent option for playing PSP games on the big screen. Like the Vita, the PSTV is digitally backwards compatible with PSP games, meaning they can be downloaded and played with ease. The PSP’s library is massive, so there’s lots to explore when experiencing the platform. You can also play PSP games on the PSTV using a DualShock 4, a delightful cherry on top of the enhanced experience the console has to offer.

It’s worth mentioning that the PSTV also has access to PS Mini’s, a collection of mobile-esque games that first launched on the PSP. There’s tons of fun to be had with this forgotten Sony subcategory, with 293 games to choose from. While most of these games are from lesser-known studios, there are a few notable names within the library, like Mediatonic and SNK. Most of the collection is designed to provide short bursts of fun, but who knows, perhaps there’s a hidden gem in there waiting to be discovered.

Sadly, the PSTV has lost some features since its release back in 2013. The console was previously compatible with PlayStation Now, meaning you could play a bunch of PS2 and PS3 games via the cloud. The feature was discontinued on the PS3, Vita and mobile devices in 2017, with its support being retained for the PS4. However, PlayStation 4 consoles can be linked to the PSVita and PSTV using remote play, so there’s somewhat of a workaround for accessing the service.

While the PSTV has many native features, it can also be enhanced beyond its natural capabilities. If desired, the PSTV can be modded similarly to the Vita, which transforms it into an emulation station. The device has the potential to consolidate your gaming collection into one compact package, one that only takes up a few centimetres on your TV bench.

One of the most useful mods for the PSTV is “enso”, which allows the device to run homebrew apps and content. If you’re a bit of a tinkerer, then you’ll probably want to give it a shot. If not, then you’re best just sticking to the PSTV’s native experience. However, modding will allow you to run emulators like Retroarch, which extends the PSTV’s library beyond Sony’s realm. Provided that you legally own the original games, you can emulate various retro consoles like the NES, SNES, Game Boy Advance and Sega Mega Drive.

The PlayStation TV is a secret swiss army knife of sorts. Its ability to play PSP and Vita games is something special, yet,  the console brings much more to the table. Considering how small the device is, it’s remarkable that, if modded, it could rival even the most elaborate retro gaming setups out there.

Sure, Raspberry Pi’s can offer a similar miniaturised experience, but you’ll be hard-pressed to find one that can run PS Vita games. If you’re a fan of the PS Vita, or you’re just looking for something different to explore, then you can’t go wrong with a PSTV, especially if you’re looking to play the Vita’s library on your living room TV.

Everything You Need To Know Before You Buy A PlayStation Vita

The PlayStation Vita Trademark Has Been Partly Revoked In Europe