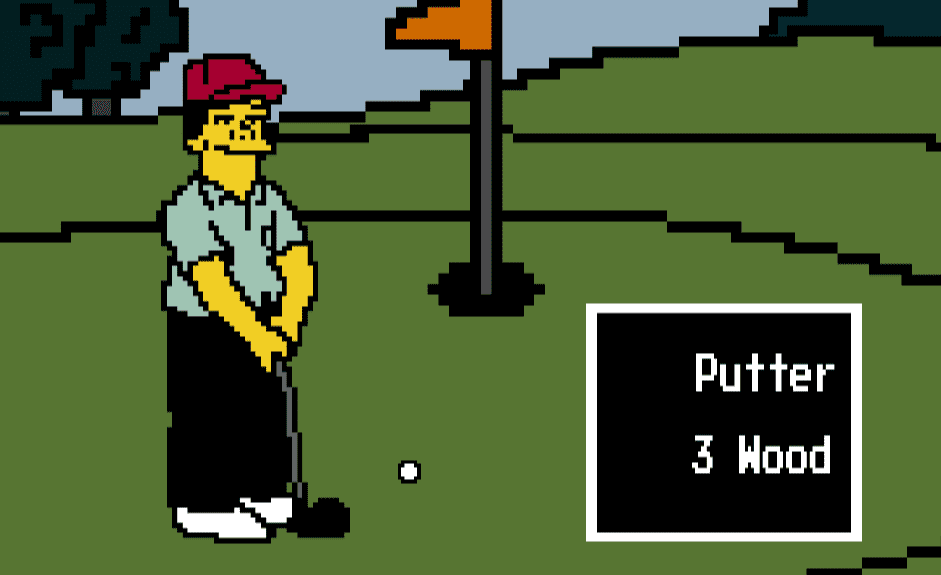 Now that every single season of The Simpsons is on Disney Plus, and now that we’ve had nothing better to do since lockdown came into play, I’m fully expecting that most of you have already binged yourselves silly on classic episodes of everyone’s favourite yellow family. If you have, then you’ll probably remember Lee Carvallo’s Putting Challenge. If you haven’t, I’ll remind you.

As spotted by Kotaku, a game dev by the name of Aaron Demeter has uploaded their version of the title, which you can play right now on itch.io. The game was even picked up by Simpsons writer, Bill Oakley, who tweeted the news.

“All Simpsons fans must check out this fantastic PLAYABLE VERSION of Lee Carvallo’s Putting Challenge by @AaronDemeter,” he said.

As a Simpsons fan who’s played it, I can confirm that Oakley is right: you should play Lee Carvallo’s Putting Challenge. Check it out for yourself right here.

Lee Carvallo’s Putting Challenge is already seeing a lot of love from fans of The Simpsons. Creator Aaron Demeter took to Twitter to thank those who’ve enjoyed playing the game so far, sharing some of the stats from the game.

“So uh wow! This was not the response I expected when I was making the game.,” said Aaron. “Big thanks to everyone who took the time to play a round of golf with Mr. Carvallo!”