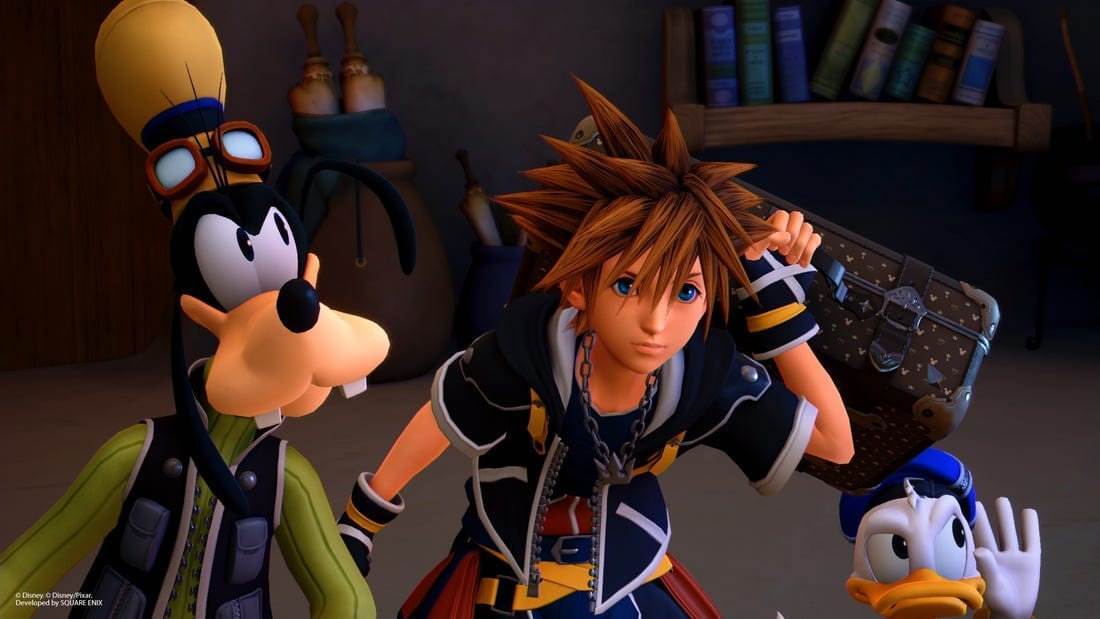 The logo for a new Kingdom Hearts game has appeared online, but it’s anyone’s guess as to what it could mean. The image for “Kingdom Hearts: Melody of Memory” was first spotted by Twitter user, 13th Vessel, who found the image within the KH: Dark Road website.

In case you don’t remember, KH: Dark Road is an upcoming mobile game, but that doesn’t mean that Melody of Memory is only headed to mobile.

13th Vessel followed up their original tweet with some info they’d discovered on Melody of Memory, writing: “Alright, upon an extensive research I found out that the Android and Apple tags are for multi platform browser optimization, there are also ‘ms’ tags.

“SO YES, this can be a full console title, please forget my previous tweet.”

With the word “melody” in the title, could we be looking at a rhythm game? Only time will tell, of course, so keep your eyes peeled for more info!

In related news, rumours of a Kingdom Hearts television series are spreading like wildfire. The idea first popped up last month, when it was reported that a Disney Plus show was in the works. Not too much was said about the unannounced project at the time, but it looks like some new details on the supposed show have now emerged.

Jeremy Conrad of MCU Cosmic recently seemed to respond to the series’ leak, sharing a Kingdom Hearts GIF to Twitter, along with the words: “Yes, it’s true.”

The story was then picked up by Skyler Shuler of TheDisInsider, who went on to divulge some insider info on the project. (As always, pinch of salt for rumours and leaks until confirmed…you know the drill).

Shuler tweeted: “Been tagged in Jeremy’s post (which is true), so here’s what I know: – Kingdom Hearts will be a Disney+ series, not a movie. – It’s animated (CG). – Disney VO actors are expected to reprise their roles (Jim Cummings, Bill Farmer, Tony Anselmo). All I know.”

Let’s hope we hear more about this, and about Melody of Memory, sooner rather than later!