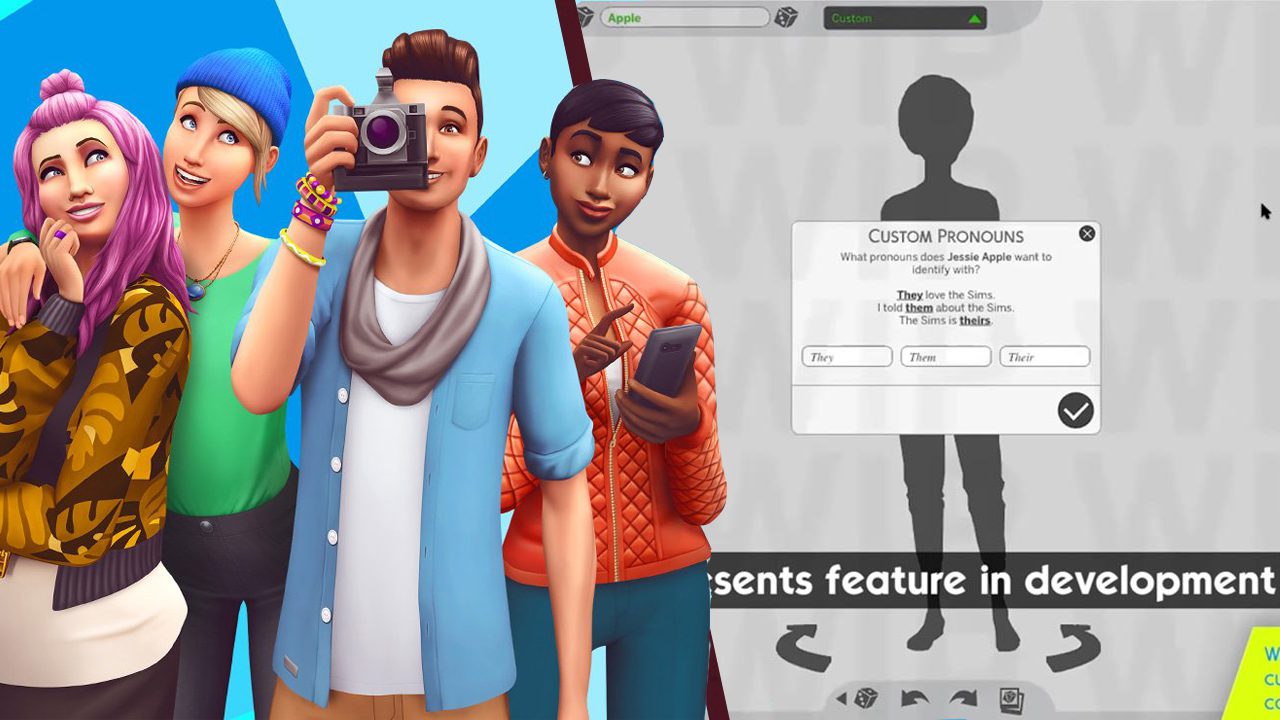 In a recent livestream, The Sims 4 developer Maxis announced that customisable pronouns are being added to the game.

The livestream offered a work in progress look at changes related to gender that are coming to The Sims 4. Key members of the team sat down with various gender researchers discussing the update as well.

Currently, it seems like a drop box option is being added during the Create A Sim process. This drop box will let players choose three custom pronouns for their sim. It provided an example of the pronouns would look in a sentence too, using they/ them/ their as an example.

SimGuruDuck, one of the producers on The Sims 4, said the update is part of the team working towards a more inclusive experience for players. “In our world today, we believe that gender neutrality plays a critical part in working towards a fully inclusive society,” said SimGuruDuck. “The Sims continues to evolve and we as a team continue to learn and work on making our games more inclusive, step by step, and day by day.”

This is a great addition to the game, and a long awaited one. The Sims 4 received an update around six years ago that allowed you to use all Create A Sim options without gender restrictions. But only two genders have been allowed since then, male or female.

It will be interesting to see how this update is implemented in other languages. Not all languages use pronouns in the way English does, and not all languages have gender neutral options. English has been confirmed to be the first to receive the update by the team, however.

No release date has been set for the update, but it will likely be some time this year.