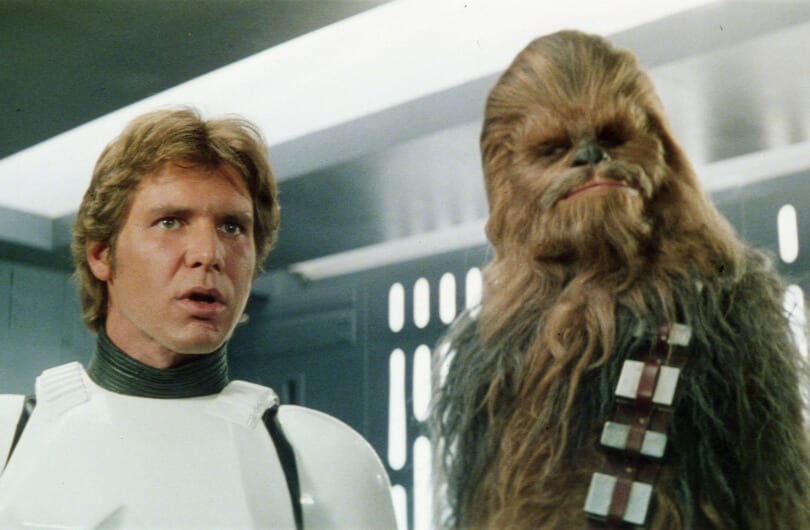 ICYMI, the highly-anticipated Disney Star Wars lands in Anaheim and Orlando have officially opened, with thousands of fans of the franchise packing their bags to experience the space-age magic in person.

Unfortunately, if you’re travelling from a galaxy far, far away to visit Star Wars Galaxy’s Edge, you might not want to take back a bottle of Coca-Cola as a souvenir, as they’ve been disallowed by the Transportation Security Administration.

Disney and Coca-Cola have partnered up to bring a range of exclusive bottles to the Disney parks, but over on Twitter, the official TSA account has warned people to not fly with the bottles in their possession thanks to their shape. There’s some dispute over whether the bottles are references to the movies’ thermal detonators, droids or maybe something entirely different. But they definitely do look a little…dodgy.

Twitter user @DarkAshNet tweeted AskTSA a picture of the exclusive Coke and Sprite bottles, querying: ” I know these look dodgy, but can they be packed in suitcase? Thanks.”

Thanks for asking! Replica and inert explosives aren't allowed in either carry-on or checked bags.

A representative from TSA responded: “Thanks for asking! Replica and inert explosives aren’t allowed in either carry-on or checked bags.”

They then added “these items could reasonably be seen by some as replica hand grenades…While we continue to review this issue, TSA officers will maintain the discretion to prohibit any item through the screening checkpoint if they believe it poses a security threat.”

The popular bottles are selling incredibly well thanks to their – um – ‘affordable’ price of $5.49 USD, with Disney limiting park guests to just three bottles per transaction [via CNN].