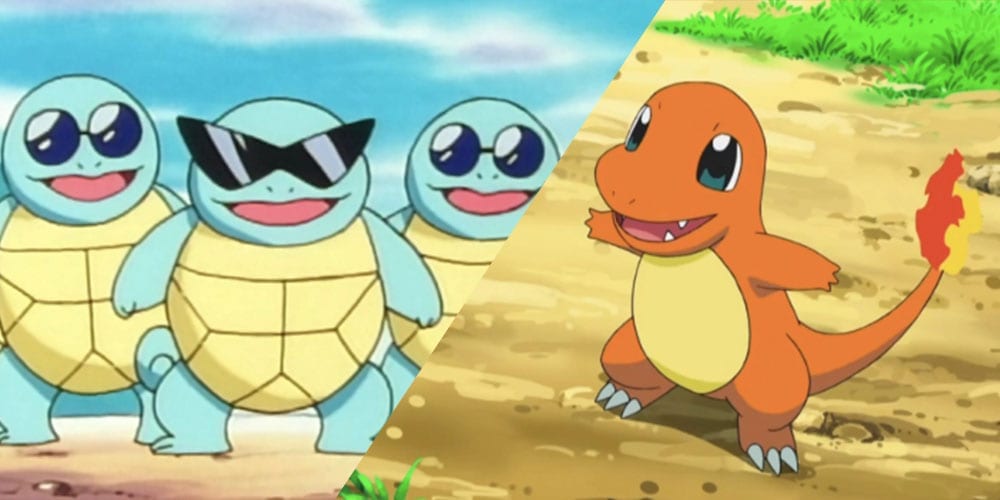 Which gen 1 starter Pokémon is your favourite? You’ve got three choices, Squirtle, Bulbasaur, or Charmander.

A YouGov poll has been conducted in the UK, and we now know with complete certainty which one is the best. According to the Brits anyway.

47% of those polled said Charmander, which makes sense as Charizard is legendary.

Do you agree with the UK?

Pokémon’s most recent announcement, Sword and Shield, is getting everyone pretty excited. A few fans thought that the game was a nod to Game of Thrones (there is a whole ice bit hidden behind a wall), and that the island featured is actually based on England.

However, the detective Pikachus amongst you have already figured out that it looks as though the Galar region is actually based on a real-life island of the same name.

There’s a lot of talk on Twitter about the game, and even the starting characters.

so, do you guys think sword and shield is based off of London or Spain?

What do you think? England or Spain?

Remember that glorious summer when Pokemon GO! first launched? You couldn’t leave your house without passing a huddle of people desperately hunting for anything other than another Pidgey. It was a magical time when the sun was always shining and everyone was suddenly BFFs with every stranger walking around with their phone out.

Although the original hype of Pokemon GO! may have died down for some, it looks like it’s not the end of the line for Pokemon on mobile.

A recent job listing has popped up for a game designer, working for none other than The Pokemon Company.

The listing, which can be found on the company’s US website [via FutureGameReleases], says the following:

“The Principal Game Designer will work within a team of designers, engineers, artists, producers, and tester to create an upcoming mobile game.

“We are looking for a creative individual that not only understands the secret sauce to fun games but also can communicate that vision to others.

“This candidate will spend a lot of time coordinating with both Studio leadership and individual contributors and must have fantastic people skills.”

Although no other details are given, the listing states that “experience with Unity is a plus.”

What would you like to see from a new Pokemon mobile game?

It looks like 2019 might be the year for Nintendo’s most famous IPs to take the mobile gaming world by storm. The company has already confirmed that we can expect a new Doctor Mario game, Doctor Mario World, and Mario Kart Tour, to release on iOS and Android in summer this year.

Nintendo has already proven it’s more than capable of dominating the mobile gaming world, with its Animal Crossing and Super Mario Run games bringing in some serious cash for the company.

Although it’s not likely we’ll get this new Pokemon project anytime soon, it’s clear that Nintendo is establishing itself in the market already.