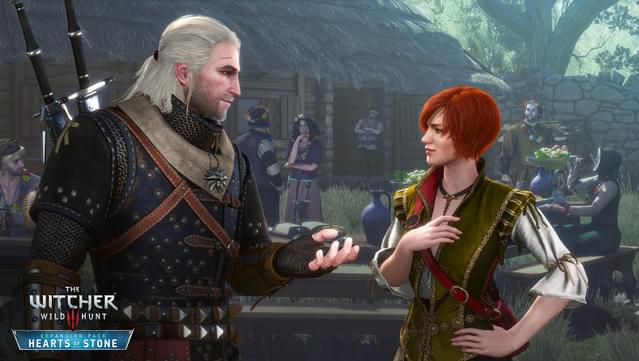 EDIT: Since the time of writing, actor Tom Canton has clarified his quote came from the article he shared, and not “insider knowledge.” Original article as follows:

We might have a long ways away until Netflix’s The Witcher season two drops, but we might have the anime movie to tide us over in the meantime.

Earlier this year, Netflix confirmed The Witcher: Nightmare of the Wolf, an anime movie landing on the platform at some point in the future. Although no date was set, it was presumed the project was in its early stages, suggesting we wouldn’t be seeing it for a while.

Interestingly, the movie might be landing sooner than we thought, according to actor Tom Canton and an article he shared.

Canton, who plays Filavandrel in the live-action Witcher series, took to Twitter to share an article about the upcoming movie, adding: “Sounds cool as f*ck hey??

“Nightmare of the Wolf, out later this year.”

The suggestion of a 2020 release has definitely raised a lot of eyebrows. The article in question, from GamesRadar/Total Film, states that the movie will be releasing on Netflix next year. It’s not yet clear whether this is a mistake, or if this some “insider knowledge.”

The infinitely successful live-action adaption of The Witcher took the world by storm when it released in December of 2019. As fans have dived back into the world of Geralt and friends via the CD Projekt Red games and the original books, news of an anime film has been met with a lot of excitement.

Over on the Netflix website, the official description for The Witcher: Nightmare Of The Wolf reads as follows: “Long before mentoring Geralt, Vesemir begins his own journey as a witcher after the mysterious Deglan claims him through the Law of Surprise.”

Although an anime-style prequel that focuses on Vesemir might not be up everyone’s alley, it’s definitely sounding exciting to me!

As always with rumours and leaks, take them with a pinch of salt for now.