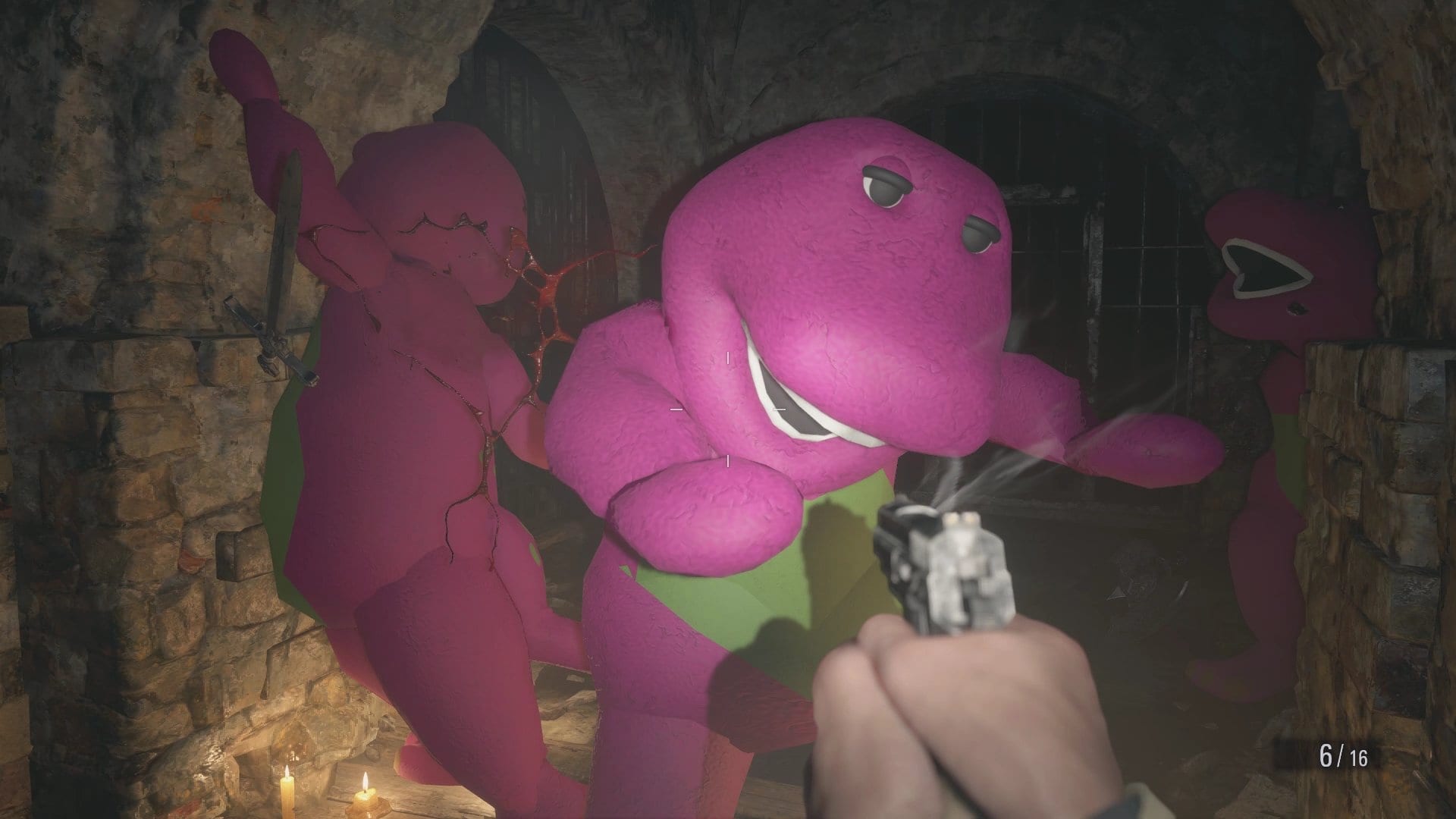 Resident Evil Village hasn’t even released in its final form yet, but somebody has already modded Barney the dinosaur into the recent playable demo.

The PC modding community is a creative and talented bunch, and one of the series’ that benefits the most from their talents is Resident Evil.

We’ve seen countless cameos made possible by PC modders, from characters within the Resident Evil series swapping roles, characters from other franchises, and even the likes of “Macho Man” Randy Savage, and of course, Thomas the Tank Engine.

In truth, it’s not the first time that children’s TV star Barney the dinosaur has infiltrated the Resident Evil series, but this might be his most unnerving cameo yet.

What the mod does is replace the Ghouls character models that you’ve seen in the dungeons of the Castle demo, with Barney. Right now, this is probably the closest thing we’ll get to a Dino Crisis remake, so I’ll take it.

As seen in the gameplay footage below, there is something oddly disturbing about hordes of Barney the dinosaurs with weapons in hand, coming at you with big grins on their faces.

The talented modder responsible for the sinister Barney the dinosaur mod in the Resident Evil Village demo is Marcos RC, who has plenty of other epic swappable character models over on their Patreon page.

What are your thoughts on these character models and are there any others that you’d like to see in the full game?  Let us know across our social media channels.

Resident Evil Village will release this week for PC, PS4, PS5, Xbox One, Xbox Series X|S, and Google Stadia on May 7th.