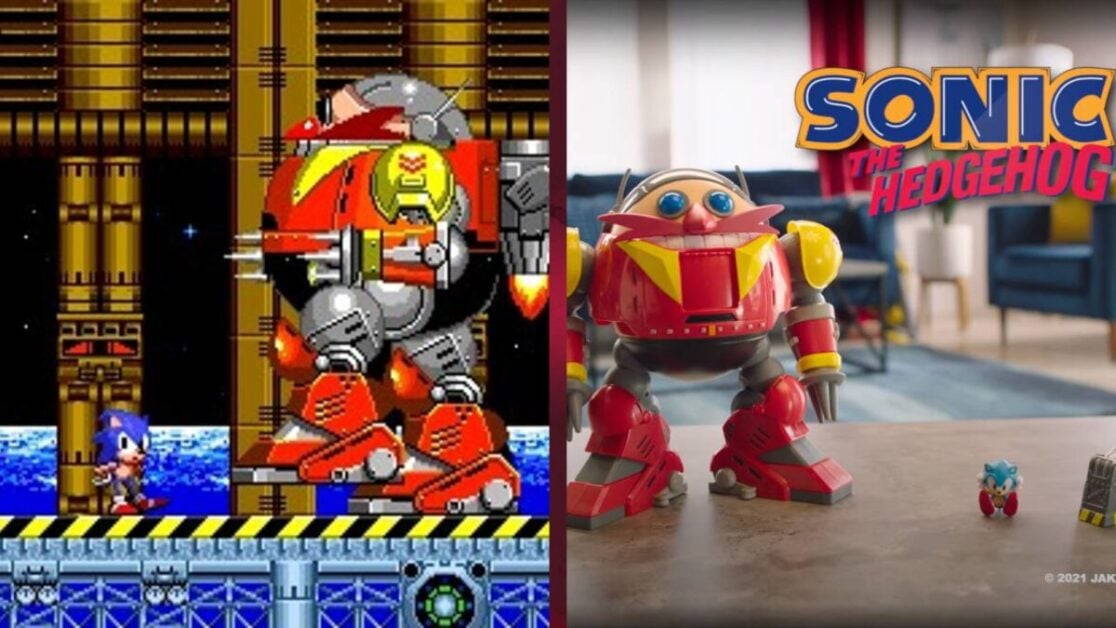 If you’ve played a classic Sonic game, you’ll likely have fond memories of battling the series’ antagonist, Doctor Robotnik. However, thanks to Jakks Pacific, Sonic fans can now take down the Eggman in his ridiculous “Death Egg” contraption without picking up a controller. Let’s take a look at why the Giant Eggman Robot Battle Playset is a Sonic fan’s dream toy.

Now, if you’re familiar with Sonic’s 16-bit sequel, you’ll instantly recognise this playset. If not, the toy is inspired by Sonic the Hedgehog 2’s final act. Of course, while the game’s end boss directly inspires the playset, Jakks Pacific has opted to ditch the “death” part of Robotnik’s egg-shaped robot. I mean, it makes sense when you consider the target demographic. Although, let’s be honest, many nostalgic adults are probably going to buy this for themselves.

So, what does this toy actually do? Well, the set includes an adorable spinball Sonic figure and a 2.5 inch catapult, which can be used to hit Eggman’s unconventional vehicle. By hitting the robot three times, players can help Sonic “defeat” his nemesis by triggering a mechanism that discombobulates the toy. Naturally, the robot can then be reassembled and destroyed over and over again. Sounds like Eggman is caught in some sort of torturous time loop!

Sadly, it looks like fans have already snatched up this unique Sonic toy, at least in the UK. However, when retailers do get more stock, you should be able to grab the playset for £39.99.

Are you going to pick up this nostalgic Sonic playset? Let us know via our social media channels!