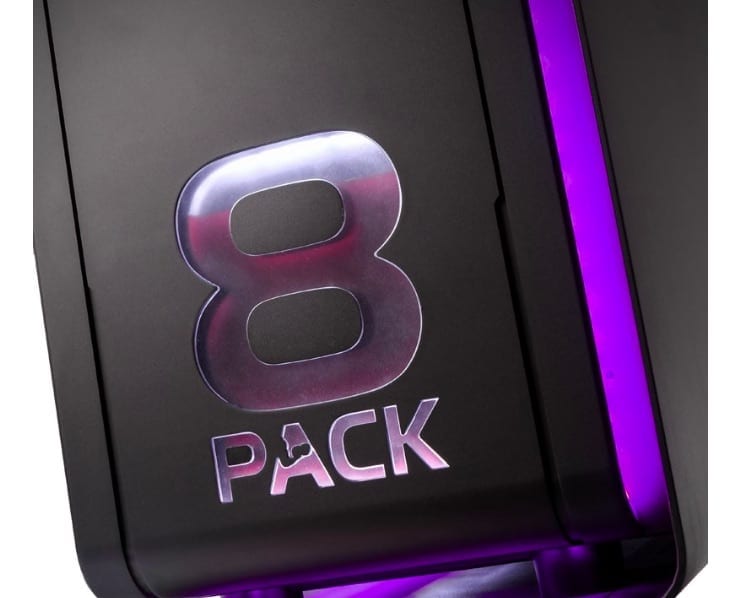 It’s a pretty high price to justify, but if you’re after the crème de la crème of gaming PCs then this beast is your boy.

8Pack’s new Orion X2 is an absolute tank of a PC and it’s pretty much guaranteed to play anything you want seamlessly (except Anthem, but that’s not the PC’s fault).

The Orion X2 is actually two PCs in one, using an E-ATX Primary System and a MINI-ITX Secondary System with the following specs:

8Pack writes in the PC’s description: “The process of planning and building a genuine 8Pack PC is a long and arduous one, at the end of which stands a truly tailor-made supercomputer. The combination of hand-picked components and years of experience at the summit of the overclocking scene enables 8Pack to build monumental computers that surpass any and all standards.

“An unparalleled level of craftsmanship and design is combined with truly outstanding performance to forge something that has never before been seen in the market of system integration. The 8Pack range is made for extreme enthusiasts craving the ultimate in power and the requisite craftsmanship that only Overclockers UK can provide.”

Check it out for yourself right here.