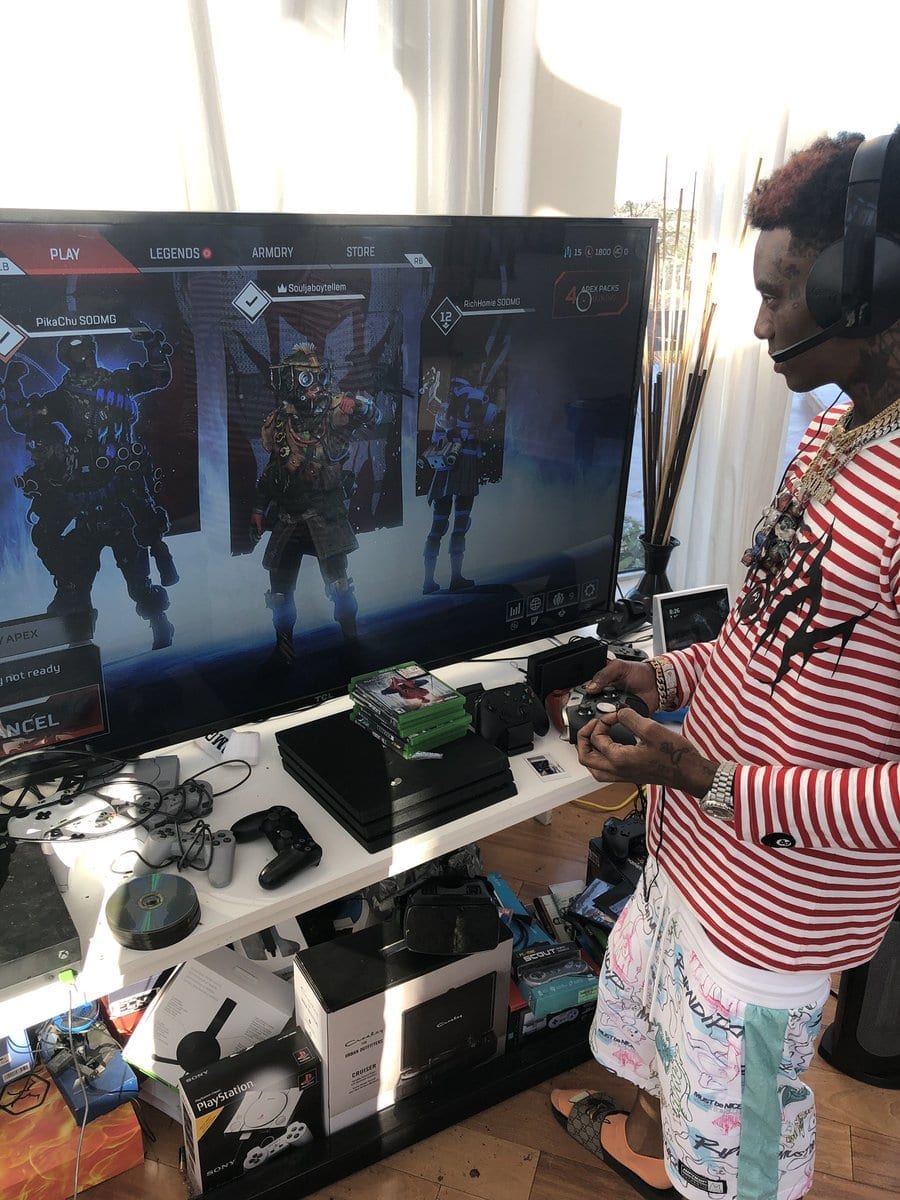 @souljaboy why aren’t you playing on your console?

To bad I only play on the Soulja Console pic.twitter.com/9t4sRloUBr

If you missed the big fuss about Soulja Boy’s various tech products, then let me fill you in. The rapper has recently tried to launch a series of consoles, smart watches and even a hover board, all with Soulja Boy branding.

The consoles were basically just emulators with a focus on playable Nintendo games.

Iconic old games like The Legend Of Zelda: A Link to the Past and Yoshi’s Islandwere apparently available on the console, but it’s also reportedly able to play the likes of the recently-released Super Smash Bros. Ultimate.

bro why aren’t you playing on the soulja game console ???!

Watch out, this guy might rebrand Apex to soulja-pex and try selling it to ya for 100$

Maybe Soulja Boy will have more luck with an esports team…?