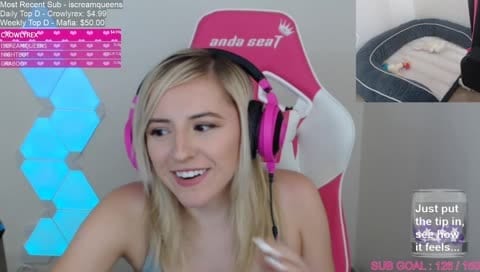 Whether you love or loathe a livestream fail, you can’t deny they bring a bit of controversy to the table, and Twitch user Gbonbom has recently joined the list of Top Live Fails – Thot Edition.

Speaking to her…fans, the IRL streamer complained to her audience: 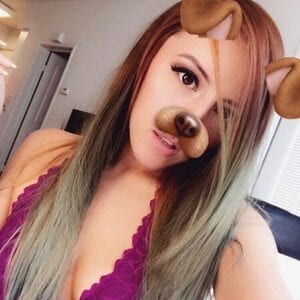 Getting dragged on Reddit for her “valley-girl” drawl, and voice that’s apparently making viewers “want to puke,” it looks like we’ve got a meme in the making on our hands.

The clip is dominating the r/LivestreamFails subreddit as users flock to berate the blonde for what’s been titled her “thots on being sad,” and you can check it out below.

The term – meaning “That Ho Over There”,” if you’re unfamiliar – is becoming more and more popular, but it won’t be winning you any Scrabble points anytime soon as it’s a term that’s shrouded in controversy.

Call a woman a thot, and you’re going to face some backlash – especially if you’re in the public eye. 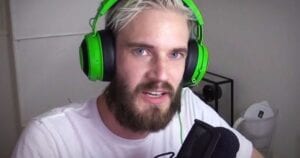 No stranger to a bit of controversy, YouTuber PewDiePie recently came under fire for a video in which he branded Twitch streamer Alinity Drama a ‘thot’, leading her to Copyright Strike him in a debate that took the YouTube and Twitch communities by storm.

Twitch livestreamers aren’t exactly strangers to the world of memes, as some of the most spectacular fails have led to some memes that just refuse to die.

One of the best fails seen in a while has to be the popular vid Greek Kills dragon in Skyrim from user GreekGod, which is so simultaneously heartbreaking and funny it’s actually painful to watch.

In the past few years we’ve seen Twitch crack down on users trying to grow their channels in less than admirable ways.

Unfortunately, Twitch has gotten itself a pretty bad rep as a slew of users ‘accidentally’ kept their streams going through periods of nudity, sexual acts and more in an attempt to get themselves a bigger audience. 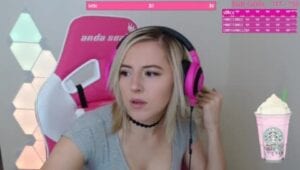 Streamers who do this are –unfortunately – damaging the platform for a lot of people, who now associate Twitch with a very specific type of female, instead of things like the absolute genius of Twitch Plays Pokemon and other 10/10 accomplishments achieved by Twitch and its users.

Livestreaming sites like Twitch are no longer just a place for fans to talk to their favourite streamers though, as what was once a predominantly gaming channel has moved more into IRL blog-style recordings.

The move may have expanded Twitch’s core audience, but it’s definitely caused a little drama and chaos along the way.

There’s been a load of weird and terrifying things that viewers have seen when watching their favourite internet personalities.

Everything from terrifying real events like home invasions and muggings, to surreal and creepy ‘ghost sightings’ and apparent paranormal activity have all been captured on camera, as horrified fans watch the drama unfold and…well, do nothing but talk about it in the chat.

It’s all just part of the reason why the platform is as popular as ever.