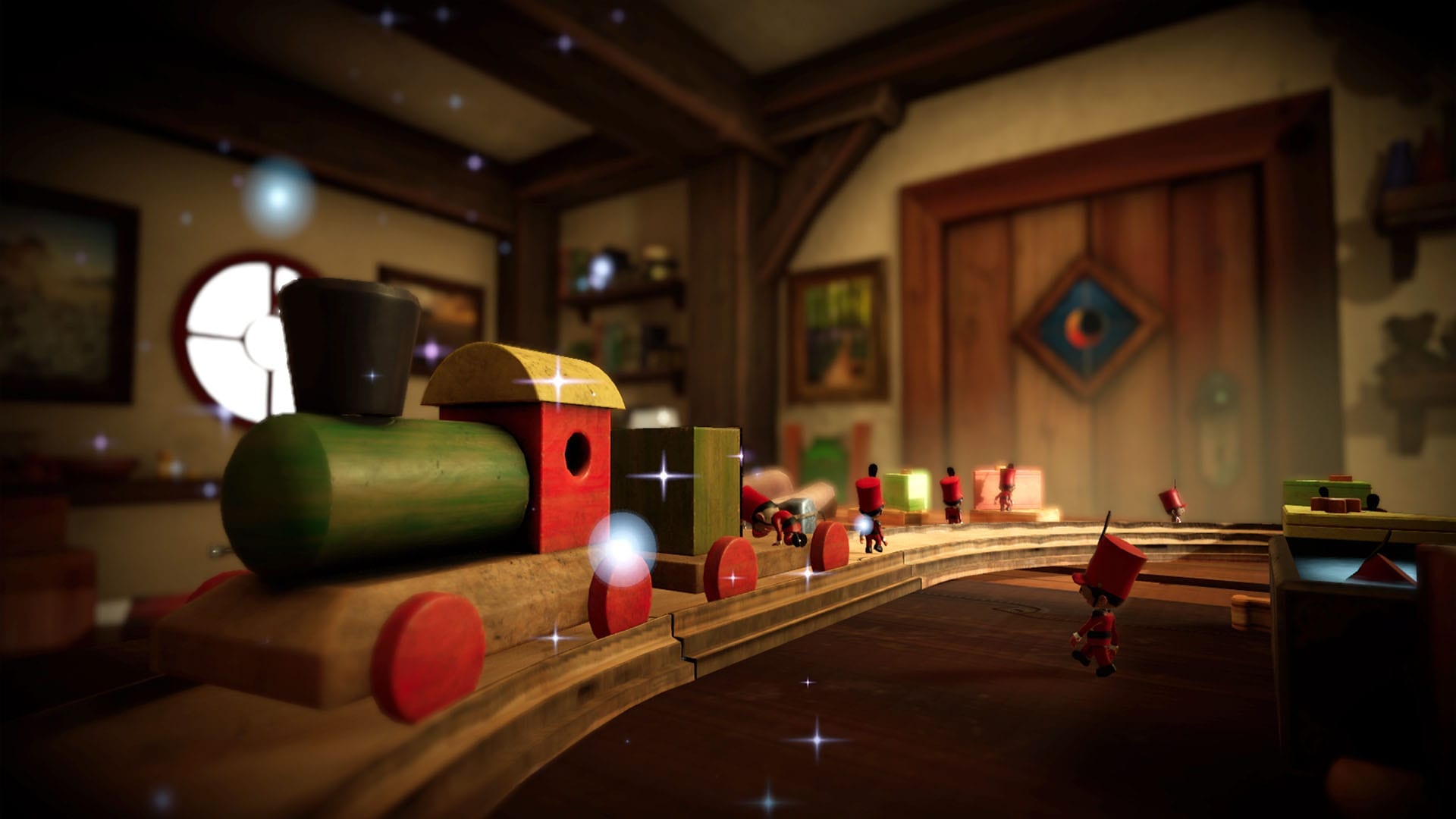 As iconic as the game Lemmings is, we rarely see its core mechanics replicated. However, Tin Hearts is a game by the makers of Fable that transforms the Lemmings concept into a puzzle-based VR (and non-VR!) experience.

The game’s announcement was made during the Wired Productions Wired Direct livestream.

The trailer introduces us to a wholesome family, bonding over little clockwork soldiers, which act as the game’s Lemmings. Here’s a back-of-the-box synopsis from the game’s Steam page:

“Behind every brilliant invention, hides an incredible story. From the makers of the critically acclaimed Fable series comes Tin Hearts – an immersive puzzle game wrapped in a powerful tale of love and compromise.

“Discover an epic tale spanning generations and dimensions. Guide a troop of mischievous tin soldiers through a world full of beauty, magic and mystery, using a variety of whimsical and inventive contraptions to bounce, shoot and glide them to their goal.

“March on through 40+ levels of time-bending, soldier routing riddles and forge new paths for your toys to follow. Overcome increasingly brilliant puzzles to unravel the emotional story of Albert Butterworth, a genius inventor of Victorian times.”

The trailer’s father figure seems to be dealing with some sort of struggle, which could form the foundations of a compelling plot. In a way, the game almost feels like a cross between Lemmings and Portal, since the player will need to manipulate objects to achieve specific goals.

Tin Hearts previously released as an early access game on Steam but has since gained a new publisher, Wired Productions.

The game’s Early Access reception has been positive so far, with players praising its design and implementation of VR mechanics. Developer Rogue Sun has also stated that those who own the early access version of the game will receive the new version for free at launch.