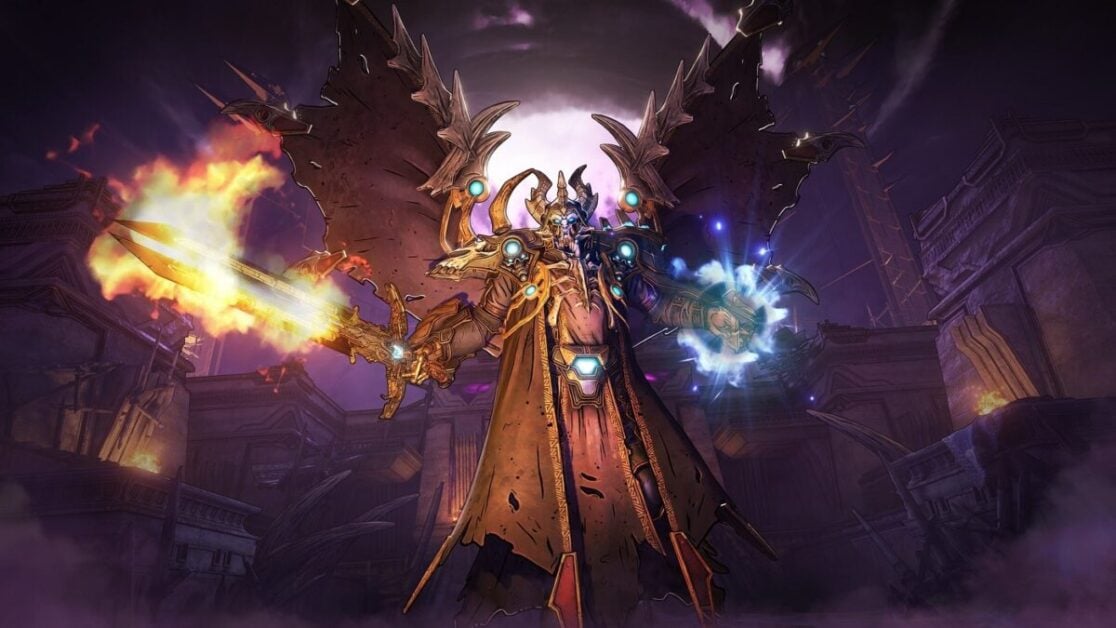 We’ve finally seen gameplay of the Borderlands spin-off ‘Tiny Tina’s Wonderlands’ and it looks far more similar to the original games than we first thought.

Until last night, we’d only been treated to CG trailers for Gearbox’s new game. Early press releases described the game as an: ‘epic high fantasy take on the looter shooter genre, [where] players can create and customize their own multiclass heroes as they loot, shoot, slash, and cast their way through outlandish monsters and treasure-filled dungeons on a quest to stop the tyrannical Dragon Lord.’

Gearbox finally showed off some proper gameplay of ‘Wonderlands’ last night at the PlayStation Showcase. While the DnD inspirations are clear to see, it does also look incredibly similar to the Borderlands games that preceded it. The first-person camera angle returns as well as a plethora of guns to get to grips with. Interestingly, it seems like there’s more mechanical weapons to use now, too. A handheld crossbow can be seen briefly during the trailer.

Good time to be a Borderlands fan

While the gameplay might not look too astray from the tried and tested Borderlands formula, the star-studded cast might be enough to draw you in. Ashly Burch reprises her role as the unpredictable Tiny Tina. You might also recognise her as the voice of Aloy from Horizon Zero Dawn. A-list celebrities also have ties to this new game with several recognisable voice acting roles. Andy Samberg (Brooklyn 99) and Will Arnett (LEGO Batman, Arrested Development) both take on characters in the new Borderlands adventure.

It’s a pretty good time to be a Borderlands fan with a Hollywood movie set to release sometime next year. Starring Kevin Hart as Roland, Cate Blanchett as Lilith, and Jack Black as Claptrap, the movie is directed by Eli Roth. A release date hasn’t yet been announced, but filming recently entered post production.

Tiny Tina’s Wonderlands is set to release across PlayStation, Xbox, and PC next year on March 25th. What did you make of the recent gameplay trailer? Let us know across our social channels.