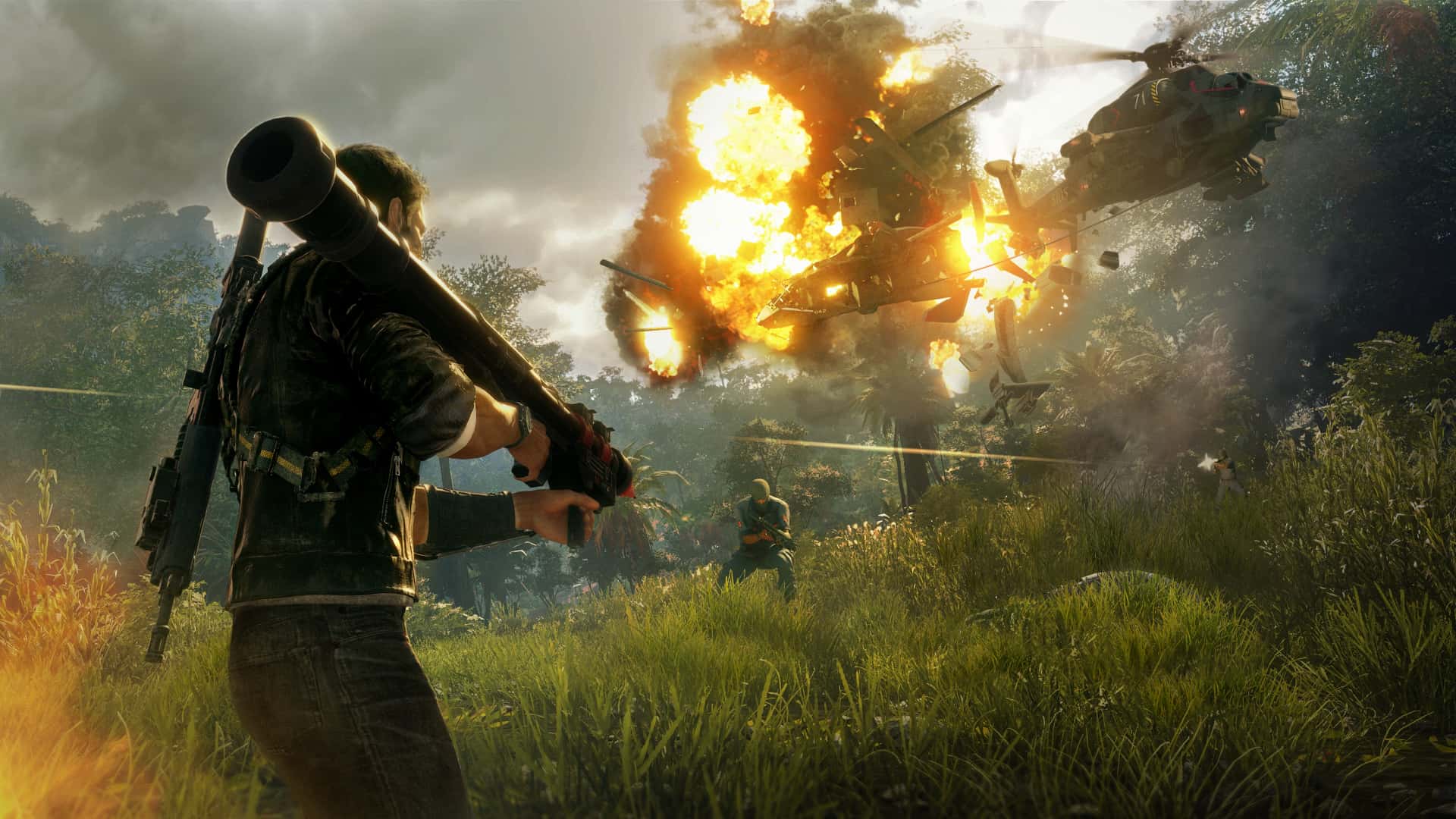 Traditionally, as we wind down for Christmas, this month is often considered to be a quieter time in the video game calendar, as most of us would have picked up our favourite end-of-year big hitters from the September to November release period.  However, it doesn’t seem like December 2018 is letting up, because we’ve got yet another stacked month from AAA and indie titles, as well as some highly anticipated expansions to some of our favourite games to look forward too.

Now I must add that before going into my highlights for December 2018, I will give notable mentions for the final expansion to be included in Marvel’s Spider-Man’s ‘City that Never Sleeps’ expansion pass, as we are to receive the Silver Linings DLC, and hopefully we’ll get the release of the mobile title, The Elder Scrolls: Blades.  None of which have confirmed release dates at the time of writing, other than they are expected to release this December.

So with all of that said, as always release dates can change and differ depending on your region.  Also, be sure to let us know what you’re looking forward to this December 2018 and as always, I’ll include a list of the best of the rest below my highlights this month. 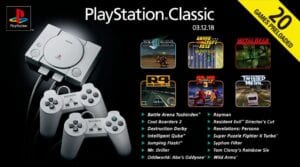 Joining the bandwagon’s of the NES and SNES mini classic consoles, and more recently the Neo Geo mini, PlayStation has joined in on the fun with the PlayStation Classic console.  It will play the 20 pre-stalled games in HD, comes with two USB controllers and the console itself is about 40% smaller than its original counterpart.  The list of classic titles includes the likes of Resident Evil: Director’s Cut, Final Fantasy VII, Metal Gear Solid, Grand Theft Auto, Tekken 3 and more!  Granted it very well be missing iconic titles such as Tomb Raider, Gran Turismo, Silent Hill or Crash Team Racing, but the PlayStation Classic is sure to be at the top of many a gamers list this Christmas. 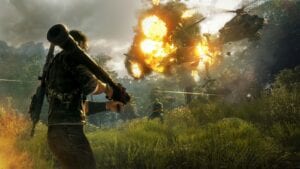 Following up from the 2015 release, Just Cause 4 see’s our hero Rico Rodriguez returns taking the fight to the private military group known as the Black Hand!  Naturally, developers Avalanche Studios will bring us a chaotic open-world playground to muster all the mayhem our imagination can handle, which will probably once again involve cows and rockets!  Thrown into the mix to cause even more destructible carnage, are gigantic Tornados that will tear through landscapes, sending NPC’s, buildings, wildlife and you, spiralling through the air!  However, will you fall victim to the Tornados destruction or will you use it to your tactical advantage?  Just Cause 4 also promises to be more visually impressive and performing at a higher standard than its predecessors, running on the all-new Apex Engine. 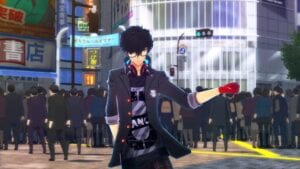 Whether it’s the main role-playing entries or one of its spin-off’s, the Persona franchise has a loyal legion of fans whatever it may bring to the table or in this month’s case, to the dance floor.  So if you’re a fan of series that enjoys rhythm-based games, then you’re going to be spoiled for choice this December as it will bring three rhythm-based Persona entries with Persona 3: Dancing in Moonlight, Persona 4: Dancing All Night and Persona 5: Dancing in Starlight across the PS4 and PS Vita formats.

Thronebreaker: The Witcher Tales (PS4 and Xbox One) – December 4th 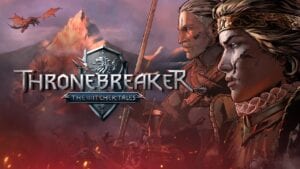 This December we’ll be getting another spin-off entry to a popular series, this time for The Witcher, with the critically acclaimed Thronebreaker: The Witcher Tales.  Already released on PC to a widely great reception, this action-RPG, point & click, turn-based card hybrid comes to PlayStation 4 and Xbox One.  Thrown into the mix is a high quality story with deep lore that only CD Projekt Red can deliver, Thronebreaker: The Witcher Tales should continue on hot of the success of its PC counterpart as it embarks on a wider audience this December. 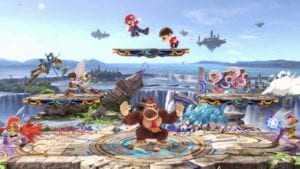 Considered to be the biggest releases this fall; Super Smash Bros. Ultimate arrives to the Nintendo Switch.  Featuring every single character included from all the Super Smash games that came before (and then some), 100’s of stages, a robust soundtrack and a wealth of modes which includes a story-driven singleplayer campaign, this will not only be the biggest Super Smash game of all-time, but it also might just be the best for good measure.  Will you be joining the battle this Christmas? 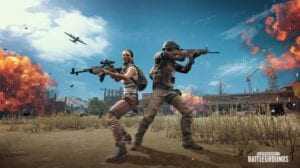 Finally the battle royale phenomenon, Playerunknown’s Battlegrounds, better known as PUBG, comes to PlayStation 4!  Featuring three previously released maps and for those that pre-order on PS4, they will be gifted with an Uncharted ‘Nathan Drake’ skin and a The Last for Us backpack worn by Ellie.  However, with the likes of Fortnite already having a huge chunk of the PS4’s battle royale market, which is now joined by Black Ops’ Blackout mode, not to mention that Fortnite is free-to-play, will PUBG be able to go toe-to-toe with the other PS4 big hitters?  Only time will tell.

The first major expansion for the fantastic Forza Horizon 4 arrives this December with Fortune Island.  Included in the games expansion pass or available to purchase individually, Fortune Island will take us to the northern British isles to have us racing and exploring across dangerous terrain, vast mountain tops and facing almighty lightening storms, that will not only change the dynamic of gameplay on the fly, but it will no doubt look stunning in all its powerful 4K glory!  However, we will also be able to marvel at the natural beauty of the wondrous Aurora Borealis.