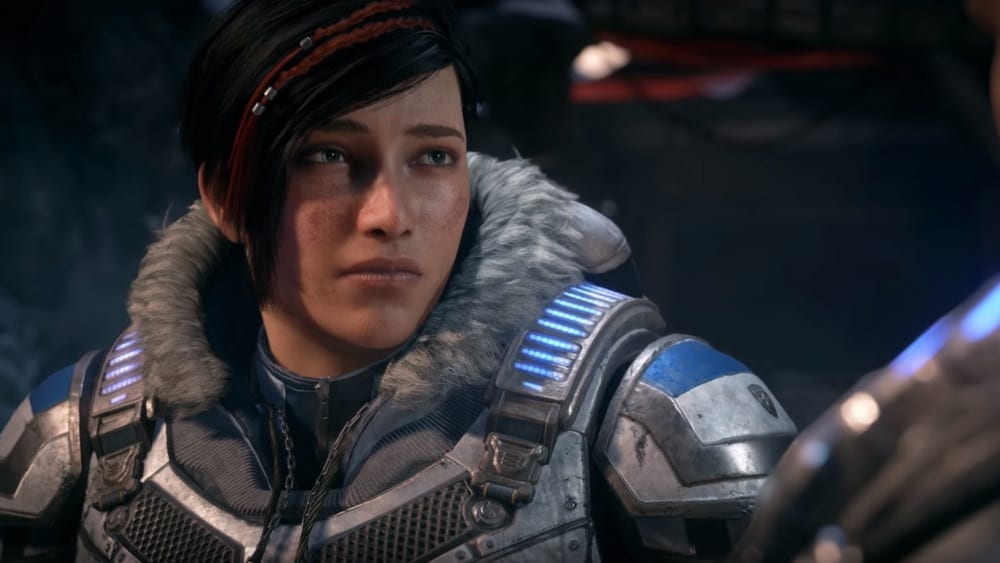 This is where it all begins, the lead up to the packed Christmas period which see’s a flurry of big video game releases, all aiming to be a best-seller this year.  We really have got so much too look forward to this coming September, such as huge AAA big hitters, potential Indie survival horror darlings, sporting giants and much more.  This is where our wallets really begin to take big hits, so we better get saving up!

Also as notable mentions, we have two big beta’s arriving this September with Call of Duty: Modern Warfare and Ghost Recon: Breakpoint.  Please keep in mind that release dates can change in an instant and can differ depending on your region, that said, here are my highlights for this coming September 2019.

Monster Hunter: World Iceborne is the first massive expansion for the latest game in this long-running series.  To say that this is a beast of an expansion is an understatement, as its size and content compares to that of a fully-fledged game in its own right.  Iceborne brings new areas, new monsters to hunt, new quest and much more.  It’s worth noting however that will you have had to finish the main campaign of Monster Hunter: World and reach a Hunter level of 16 to access it.  Will you be teaming up this September with friends or will you go it John Rambo, Han Solo?  Monster Hunter: Iceborne will release for PC sometime in January, 2020.

The first of the two football big hitters to release this September and its seemingly Konami’s only big franchise that they appear to care about, it’s none other than Pro Evolution Soccer 2020 or as Konami now likes to call it, to jump on the eSports bandwagon, eFootball PES 2020.  New name aside, all I care about is how the game plays and looks, and this year’s PES looks to carry on the trend of the beautiful game on console and PC.  Konami has also pumped some extra cash into this year’s release, bagging even more rights than ever before, which includes exclusive rights to Italian giants, Juventus, thus forcing rival FIFA to use a fake team name and kits for the club!  Will PES 2020 do enough to topple FIFA 20 in the sales charts?  I very much doubt it, but at least this series is giving it a good fight this year.

Along with Halo, Gears of War is the reason I own an Xbox console, at least for the last two generations.  I know this series never really seems to evolve all that much in terms of gameplay, but there’s something special about its lore, its music, intense cover-based gunfights and brutal chainsaw duels.  Gears of War 4 acted as somewhat of a reboot for the series, introducing a new cast of characters, new enemy types and locations, and Gears 5 will follow on from where Gears 4 left off with Kait Diaz leading the charge in the pursuit to finding the answers to her own existence.  Whether it’s playing the campaign solo or in co-op, multiplayer or horde mode, there’s still plenty of life in this old dog yet.

I admit it, as much as I’ve tried, I’ve never really gotten into the Borderlands franchise, but I know its fourth main entry in the series is going to be one of this year’s biggest hits (if the previews are anything to go by).  Offering up-to four-player co-op, first-person, action-RPG gameplay and an addictive looting system for that epic weapon combination, not to mention its wealth of charming (or not so charming) characters, Borderlands 3 looks to be another big hit for Gearbox Software.  Will you be one of the Vault Hunters returning to the world of Pandora this September and beyond?

Now this inclusion may take some by surprise and seeing as I’m not a PC player, I’ve not been able to try out the recent demo released on Steam, but I can’t help but be excited by survival horror throwback, Daymare: 1998.  It’s not been the easiest of roads for the small indie team at Invader Studios, but it’s certainly been an interesting one.  What started out as a fan-made Resident Evil 2 remake, using the RE4 engine back in 2014, Capcom soon shut this non-profit project down as they already had plans for their own official remake.  However, Capcom invited Invader Studios to their HQ to provide some inspiration and guidance, and around five years later we have Daymare: 1998 arriving to PC (and to consoles later in the year).  This indie survival horror could be a flop or it could be a surprise success, but either way, I can’t wait to see what the future holds for Daymare: 1998!

Along with Gears 5, this is probably my most hyped game this September, a remake of The Legend of Zelda classic on the iconic Game Boy from the early 90’s and then for the Game Boy Colour in the late 90’s, Link’s Awakening is remade from the ground up for the Nintendo Switch.  The Legend of Zelda: Link’s Awakening, brings some of that old-school action RPG charm into the new generation and it looks gorgeous!  Not to mention that it comes with a build-your-own dungeon creation suite.  I’d be shocked if this game doesn’t end up being one of the Nintendo Switch’s best games to date and a classic for future generations once more.

Here’s the other big football hitter and one of EA’s biggest money makers, FIFA 20.  In truth, this series has already arguably hit its peaked in terms of gameplay, but that’s not such a bad thing, because we always know that we’re going to get a quality football title.  No doubt despite the controversy, FIFA Ultimate Team will be a big focal point, but for me, this year is all about the returning and hopefully improved street football mode, known as Volta.  Plus, my beloved Aston Villa are now back in the Premier League, so hopefully Jack Grealish and John McGinn will look a lot less generic this year 😉

Sega has jumped on the mini HD console bandwagon and I couldn’t be happier.  Back in the early 90’s when the “console wars” truly meant something, I was all about the Sega Mega Drive (or Genesis as it’s known in the US), from Sonic the Hedgehog, Streets of Rage, Castle of Illusion, Road Rash, Golden Axe, Strider and much more.  In total we have 42 classic games, including the ultra rare Tetris!  The Sega Mega Drive/Genesis Mini also comes with two controllers so that you can enjoy some good old couch co-op with your friends and family.  The Sega Mega Drive/Genesis Mini releases this September for North America and then October for Europe.

As the name might suggest, the Nintendo Switch Lite, is a lighter version of its older brother.  It’s smaller, more lightweight and compact, which makes it more convenient for those that like to play on the go.  Granted it has built in controllers, so not detachable Joy-Cons, but on the plus side it does have a proper D-Pad.  It also comes with no Dock, as it can only be played in handheld mode.  However it comes in a variety of stylish colours, including an awesome Limited Edition Pokémon Sword/Shield version.  So despite it having some limitations and a few plus points over its big brother, it does come at quite the discounted price of £80/$100 depending on your region, which is always a bonus.  Whichever way you look at it, the Nintendo Switch Lite is a smart move by the company, as it should ensure that the Nintendo Switch is at the top of many gamers Christmas list this year.

Well that concludes my packed highlights for this coming September 2019.  Naturally with so many releases this September, there are only so many games I can highlight above, but as always, be sure to check out the best of the rest below and let us know what you’re looking forward to across our social media channels.