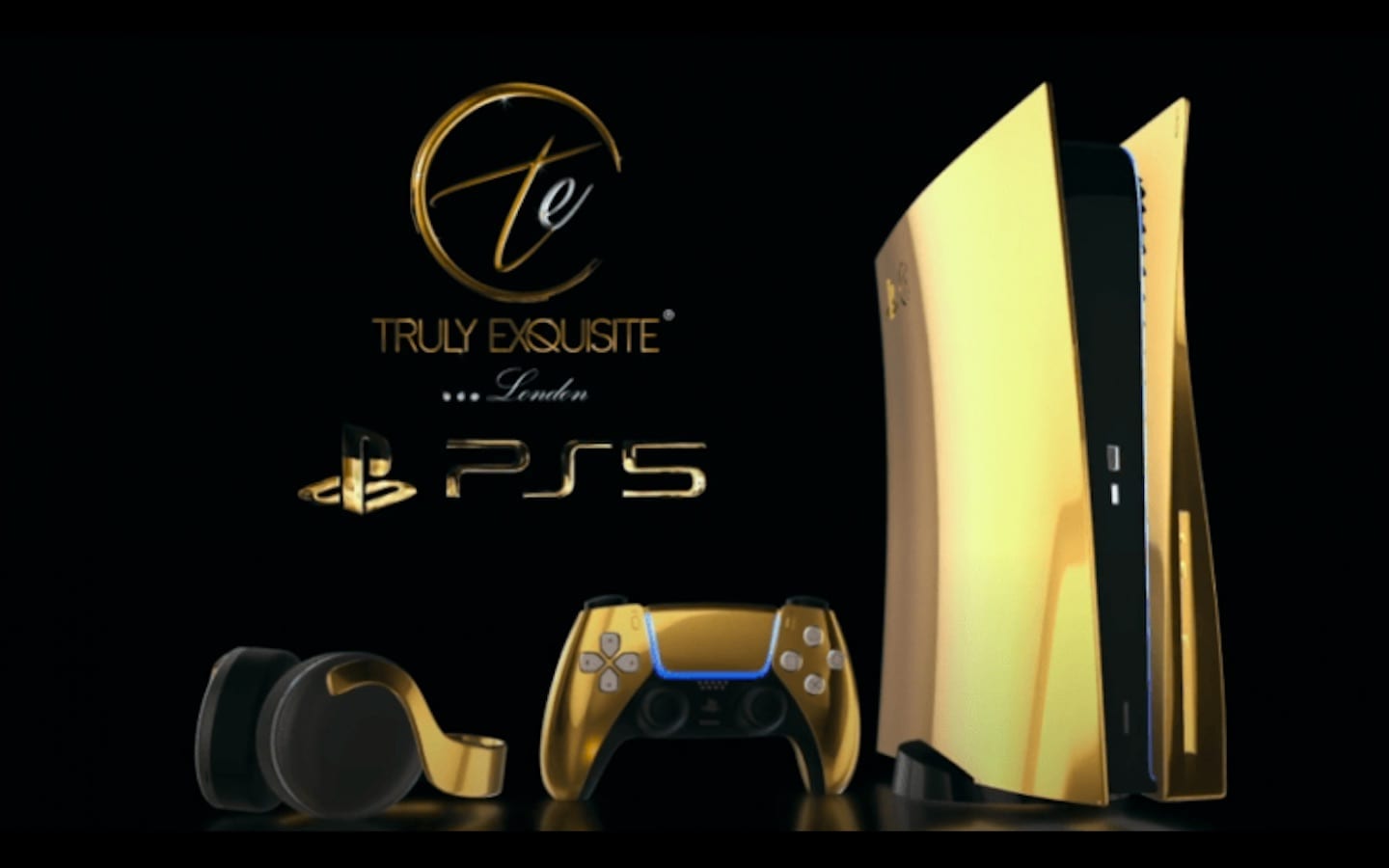 While most of the world starts saving the pennies in order to pay for the Xbox Series X and PlayStation 5 later this year, others are (probably) preparing to splurge on the ultimate in luxury with a gold console.

High-end luxury brand Truly Exquisite has just revealed plans to release a 24K gold plated PlayStation 5, along with a similarly fancy rose gold version. The consoles don’t yet have a price point, presumably as the PS5 itself is yet to receive one. Personally I’m guessing these are going to set you back four figures, but we’ll have to wait and see.

Called the “Special Limited Luxury Edition PS5,” the consoles definitely are very blingy, as is the whole of the Truly Exquisite website, where you can cover everything from your iPhone to your sneakers in gold.

If you’re looking to snag yourself one of these beauties it might not be an easy feat, as the consoles will be made in incredibly small numbers, with “probably no more than 100 pieces released worldwide.”

Kunal Patel, founder and CEO of Truly Exquisite, said in a statement [via PSU]:

“PS5 is arguably the most anticipated games console to ever be released and many people have been waiting years for this release. By offering a luxury limited edition PS5 for those individuals that truly want to stand out will be a popular choice.

“We’ve shown some of our most exclusive clients are renderings of the PS5 and have already had customers wanting to order these even without it being released. These will be hugely popular especially due to them being limited pieces with probably no more than 100 pieces released worldwide.”

There’s no release date as of yet, but it’s believed that the consoles will be available just in time for Christmas 2020. Best hope you’re not on the Naughty List this year.