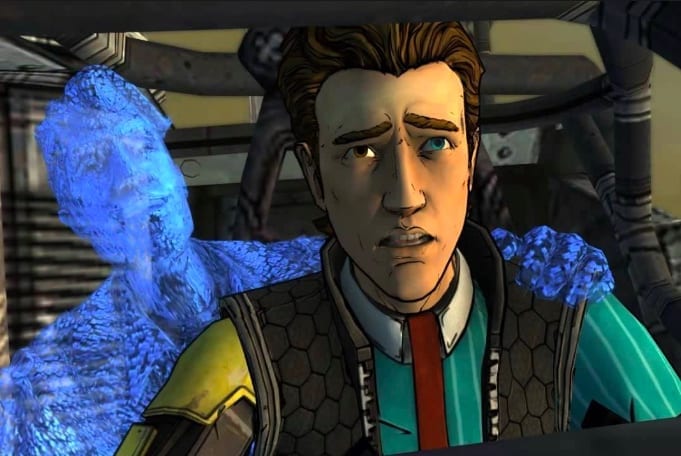 Veteran video games actor Troy Baker won’t be reprising his role as Rhys in the upcoming title, Borderlands 3. According to Gearbox CEO, Randy Pitchford, Baker turned the role down but Baker’s telling a different story [via ComicBook].

Rhys, who was voiced by Baker and was introduced to the franchise by way of Tales From the Borderlands, can be spotted in the trailer for Gearbox’s next game – but did he turn down the role?

Baker told fans at the Supanova Melbourne convention earlier this month that he wasn’t aware he wouldn’t be playing Rhys, and only learned the character had been re-cast after he saw the Borderlands 3 trailer.

It’s pretty awkward, as it seems Gearbox is painting a different picture of events.

Responding to a fan query on Twitter, Gearbox CEO Randy Pitchford said that it was Baker who turned the role down.

Pitchford tweeted: “You’ll have to ask Troy [why he’s not playing Rhys]. I was told by the audio director that he turned it down.

“Fortunately, with how Rhys appears in the game, I don’t think it actually matters at all. You’ll see for yourself when the game comes out and you may disagree with me on that or not.”

We’re probably looking at a case of crossed wires or miscommunication here, rather than anything more sinister, but it’s sad news for Tales of the Borderlands fans.

When misreading a response as blaming Gearbox’s staff, Pitchford hit back with: “Our audio team and audio director are amazing. There is no one to ‘blame’. Please reserve your judgment until you experience the game. Thank you.”

One Baker fan even went as far as to say that they wouldn’t be purchasing Borderlands 3 in light of the recasting.