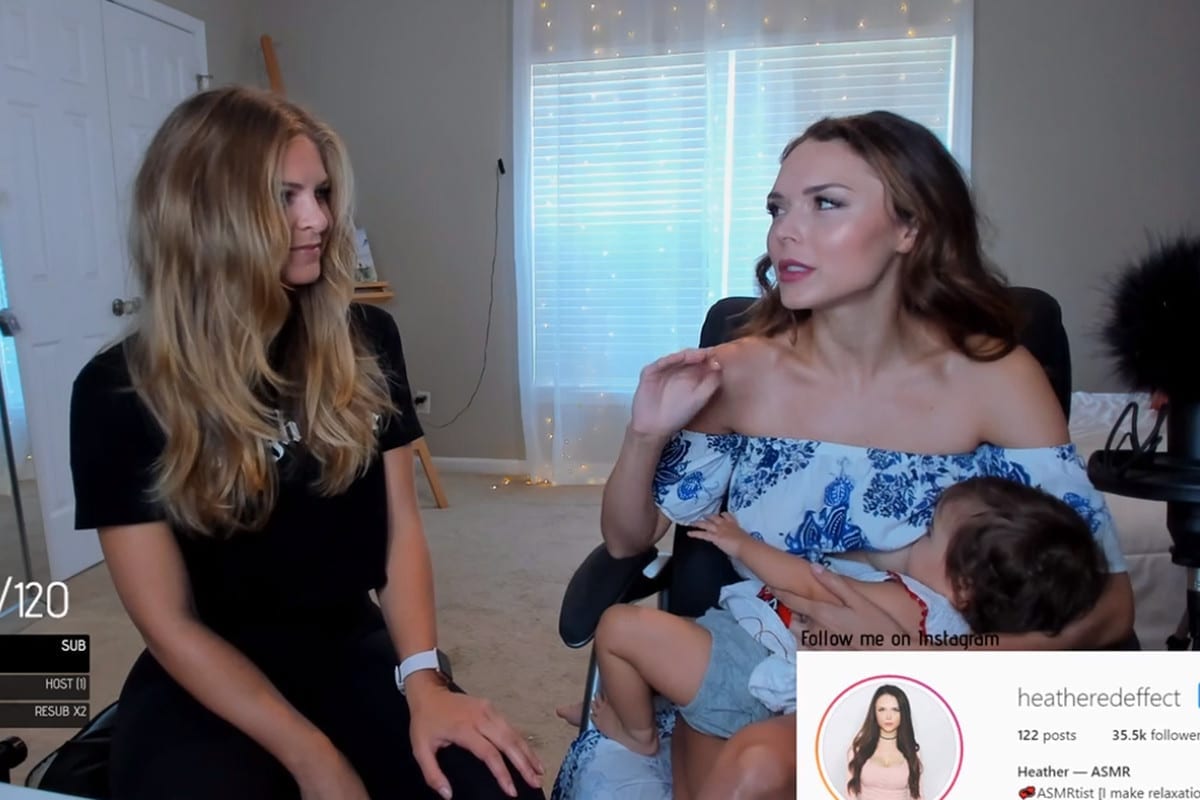 Breastfeeding is a topic that’s pretty divisive, with lots of people coming down hard on the practise of feeding babies from the boob in public.

Whether you’re for or against babies consuming the necessary nutrients they need to survive, when a Twitch partner did it live on stream it definitely caused an uproar online.

Heather Kent, better known as HeatheredEffect, was chatting to a friend on stream whilst breastfeeding her baby. The act wasn’t done with any attention being drawn to it, and the two continued talking as normal.

However, Twitch went ahead and deleted a clip of the moment after the event (or non-event, I should say) brought into question whether or not breastfeeding counts as sexual content.

HeatheredEffect reached out to Twitch regarding the issue, and received an email which she then shared to Twitter.

The email from Twitch states: “After further discussions between Partnerships, Safety Ops and Trust and Safety there is alignment between all teams that breastfeeding is not and will not be against the [Terms of Service].

“As you so eloquently put it ‘breastfeeding is not lewd’ and we agree with you.”

The company added that the Twitch terms of service will soon be updated to reflect its now-confirmed stance on the matter.

WE DID IT!??@Twitch just confirmed what we were saying all along—breastfeeding is NOT sexual & it is NOT against ToS.

Moral of the story: Never back down for the things you believe in regardless of the backlash you receive. You can make a difference!#normalizebreastfeeding pic.twitter.com/MvvbiZgwjo

On Twitter, Heather added: “Moral of the story: Never back down for the things you believe in regardless of the backlash you receive,

“You can make a difference.”