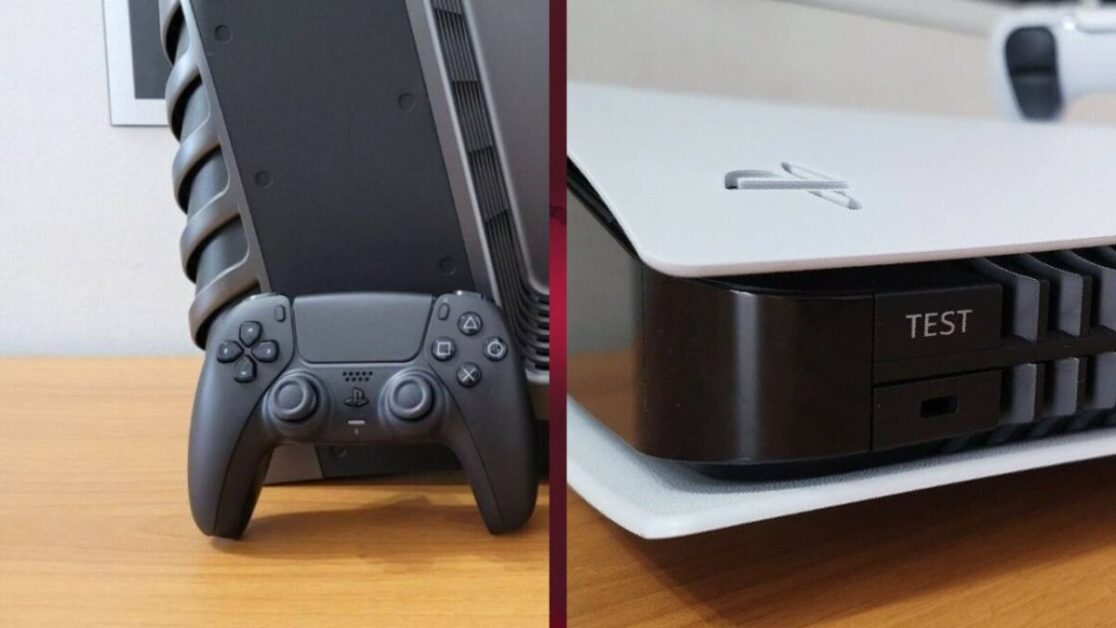 When it comes to second-hand gaming oddities, eBay is a haven for collectors and curious players alike. However, an eagle-eyed Twitter user managed to spot two PlayStation 5 development kit listings this morning. This is despite the fact the PS5 only launched just nine months ago.

Discovered by Twitter user @IDCx1337, the first listing was seemingly for the first iteration of the PS5 dev kit, which featured a rather unusual “V” shaped design. Of course, if you remember the various rumours and leaks from before the PS5’s launch, you’ll likely recognise this unconventional looking console. Take a look!

While the dev kits distant design is intriguing in itself, there’s something to be said about the system’s DualSense controllers. Sure, Black DualSense pads are now available to the general public. However, perhaps this is a sign that Sony was originally set to opt for a darker colour scheme.

So, what about that other PS5 dev kit listing? Well, the unit just so happens to feature a similar form factor to the final PS5 design. Naturally, this puts the later dev kit’s aesthetic in line with Sony’s other specialist units, which typically look like the final console with the addition of some sort of “test” branding. In this instance, the testing kit appears to be appropriately marked on the back.

What happened to the PS5 dev kit listings?

As you’d perhaps expect, the dev kits have now been taken down. However, it’s uncertain whether this was the seller’s doing or an act of eBay moderation. Again, while various development units have made their way to the second-hand market in the past, the fact that the PS5 test unit has already emerged is slightly peculiar. The unit’s sale could also come with legal implications. I mean, surely the owner signed an NDA, right? That being said, considering the listings bids reached €2,850, perhaps the auction was worth the gamble.

Who knows, perhaps more PS5 development kits will emerge online in the future. While the kits are probably going to become coveted collector’s items, they’re also historically significant. In fact, the units could feature system settings that never made it to the final retail release of the console.

Would you splash out on these PS5 development kits? Perhaps you’d be happy with an ordinary PS5? Join the conversation on our social media channels!