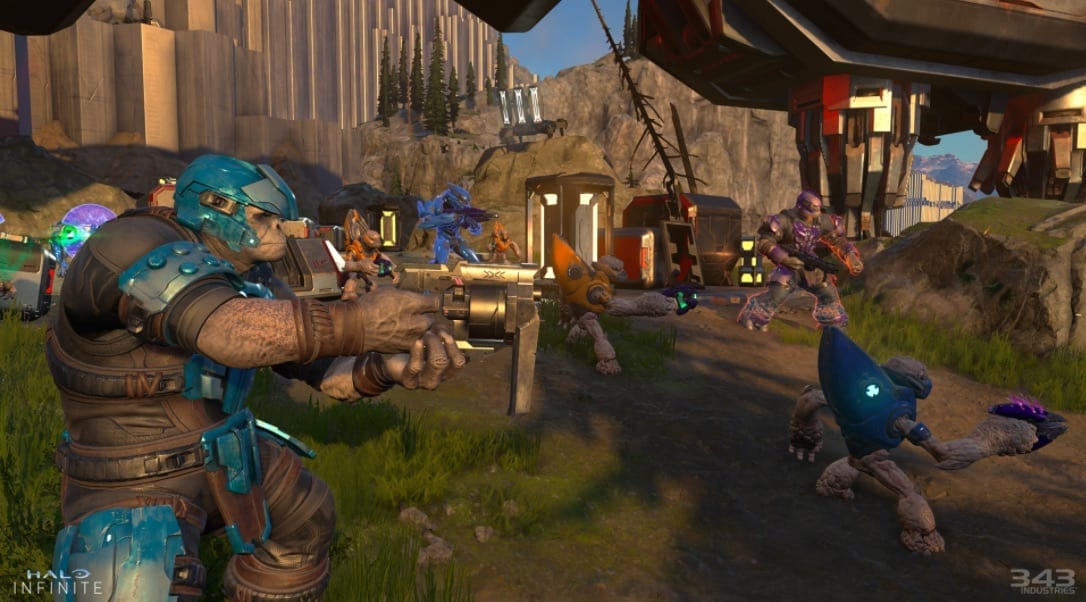 The world has now seen upcoming Xbox exclusive, Halo Infinite, in action and though the gameplay reveal went down pretty well, there’s one particular thing that has angered lots of people.

The above screenshot from the gameplay reveal has gotten gamers talking due to its…well…ugliness. It’s an ugly screenshot, let’s not beat around the bush. However, the image has sparked a debate between gamers as people wrestle with the pros and cons of expectation versus reality.

The image was shared to Twitter by known video games leaker, Nibel, where comments quickly turned to arguments. Almost everyone agrees that the image looks pretty bad, especially for a next-gen console, but many were quick to defend the screenshot.

One user responded: “Watch Dogs and Assassins Creed had the same sort of questionable graphics when they were shown off. My heart goes out to developers doing their best to polish a game demo during a pandemic only to be met with comments like these.”

While this comment saw a lot of love, there’s also some merit to the fact that, with the game launching soon, it should already be looking vastly better than it appears in the controversial frame.

One user said: “Mine doesn’t. If it isn’t ready, don’t show it. Xbox is launching a brand new console in November. “The most powerful console ever” and yet, this is how Halo, arguably the most important game for the success or failure of it, looks? That’s on them. Full stop.”

Others suggested that the fact Halo Infinite will be a cross-gen game might actually be harmful to the Xbox Series X version.

They tweeted: “Welp, that’s what happens when you make a cross gen title. The game is bound to be limited by last gen even if it releases on next gen. This game is supposed to release on BASE xbox one so…”

Let’s not forget that Halo Infinite is a work-in-progress. What we’ve seen here might not be the final product that we’ll play for ourselves so let’s not jump the gun there. Still, whether or not developers should show off less-than-perfect work is definitely worth discussion. Check out the thread here for even more opinions.

What are your thoughts on the matter?