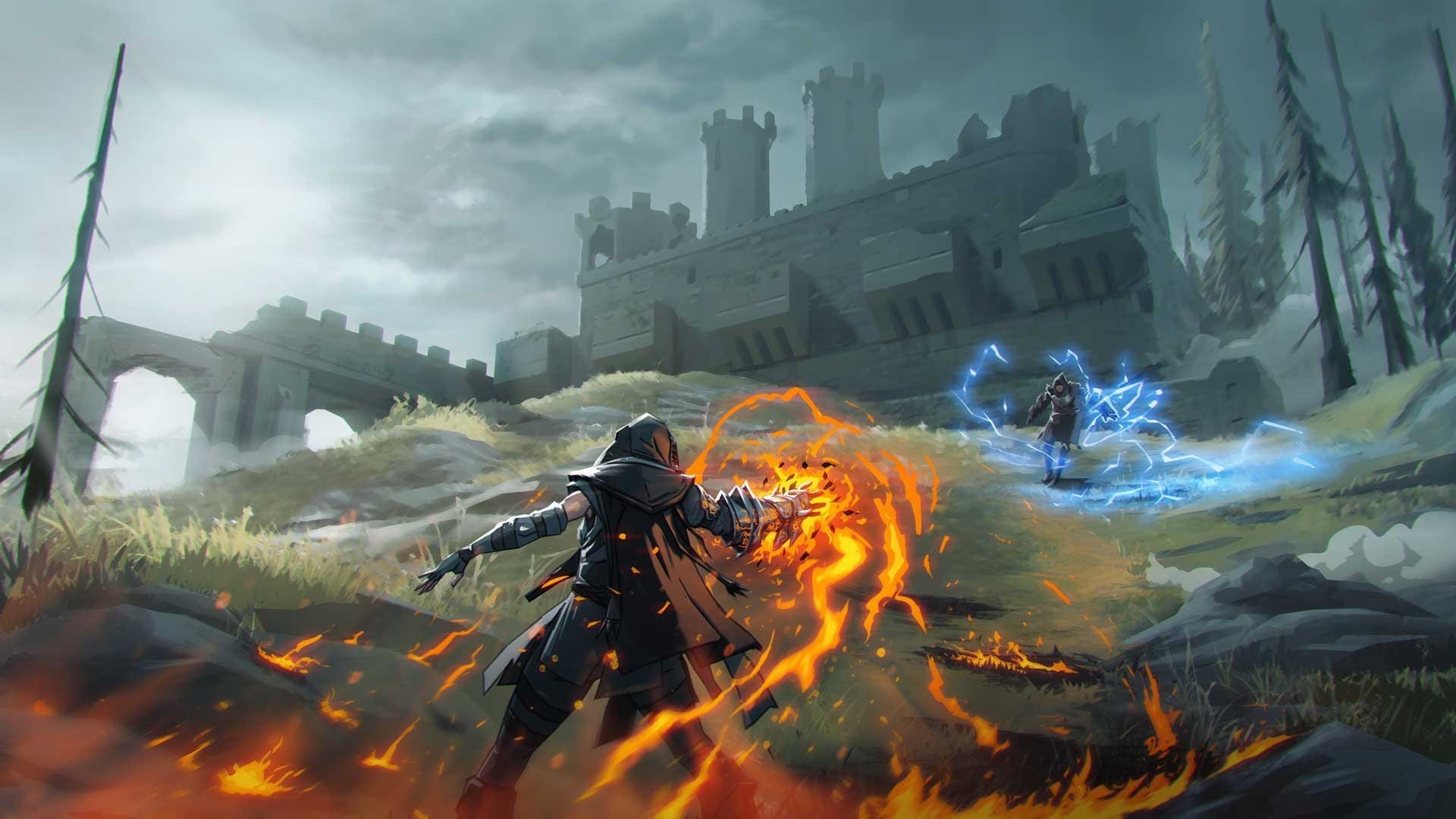 In this day and age, the thought of an unannounced game being released is pretty baffling. What with the power of social media, you’d be safe in assuming that companies would be all over it like a fly over sh*t.

However, Proletariat.Inc like to do things a little differently. The company, that was founded in 2012 by a group of game-industry veterans from Harmonix, Turbine, and Insomniac, has already has three minor successes in the gaming industry with StreamLegends, Streamline, and World Zombination.

Their latest title is shrouded in mystery. You won’t find much about their upcoming multiplayer game online. In fact, to find out anything about it you’re required to sign up to their newsletter. They do have a chatroom where screenshots are released periodically, but the name of the title is yet to be revealed.

Approaching the castle from the field below…?

They write: “We’re building a third-person, online multiplayer game with PvP, epic spellcasting, and incredible visuals. An official announcement with full details is coming soon and you can sign-up below to be among the first to get notified about new information and how to become a pre-alpha player.”

The gameplay itself looks pretty cool to say the least, but the fact that it is so mysterious is really getting us interested.

As well as being multiplayer, we also know that you can do spells.

On their website, they only slightly allude to the game: “Proletariat Inc. was founded in 2012 by a group of game-industry veterans from Harmonix, Turbine, and Insomniac who were hell-bent on pushing the boundaries of multiplayer games while demanding a level of quality unheard of for a small studio.

“Our first major title, World Zombination, debuted in early 2015 as a coveted “Editor’s Choice” on the iOS App Store. On its way to attracting 4+ million players across the world, it went on to be named to Apple’s “Best of 2015” list and developed a reputation for AAA quality and depth to the mobile MMO landscape.

“After developing a passion for live streaming as part of our transparent development process—including weekly progress updates, live development streams, and hundreds of let’s plays—we set our sights on an ambitious goal: to build the best live stream game experience in the industry. Our efforts to push the limits in this relatively new space led us to create the Stream First genre of games and two distinct, but symbiotic new products: Streamline, a fast-paced arena game with full live stream integration, and Streamote, a backend and website that enables viewers to interact with their favorite broadcasters and control what’s on screen. Most recently, we created an RPG called StreamLegends, a Twitch extension that lets channel communities quest and build guilds together.

“Today, we continue to work toward our studio’s mission to deliver groundbreaking multiplayer titles focused on outstanding audience-first experiences. Our next AAA-quality game built on these principles is currently in development and we can’t wait to share it with our community and the world.”