Of course, although both are Nintendo-made, this doesn’t mean that the Switch is doomed to the same fate. With 2017 being one of the best years Nintendo has ever had, there is every chance the Switch will continue to surprise. 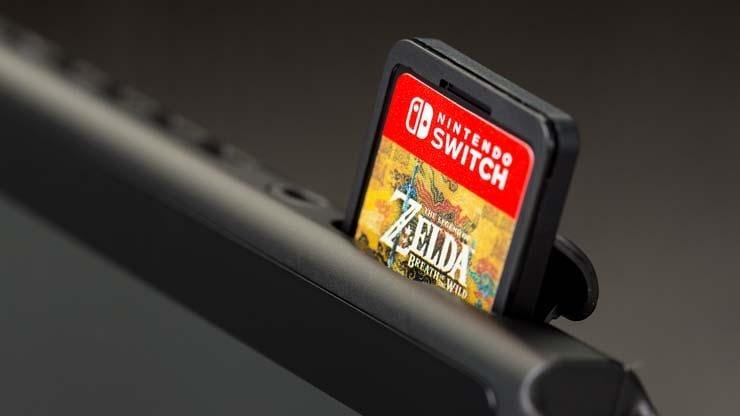 According to Famitsu, the county’s biggest gaming publication, Nintendo has now sold just under 3.3 million Switch consoles in their homecountry, matching the Wii U’s lifetime sales there already, and knocking the PS2 off its pedestal. Up to this point, the PS2 held the record for the most sales in its first year – despite the fact that the PS2 had a much better launch. 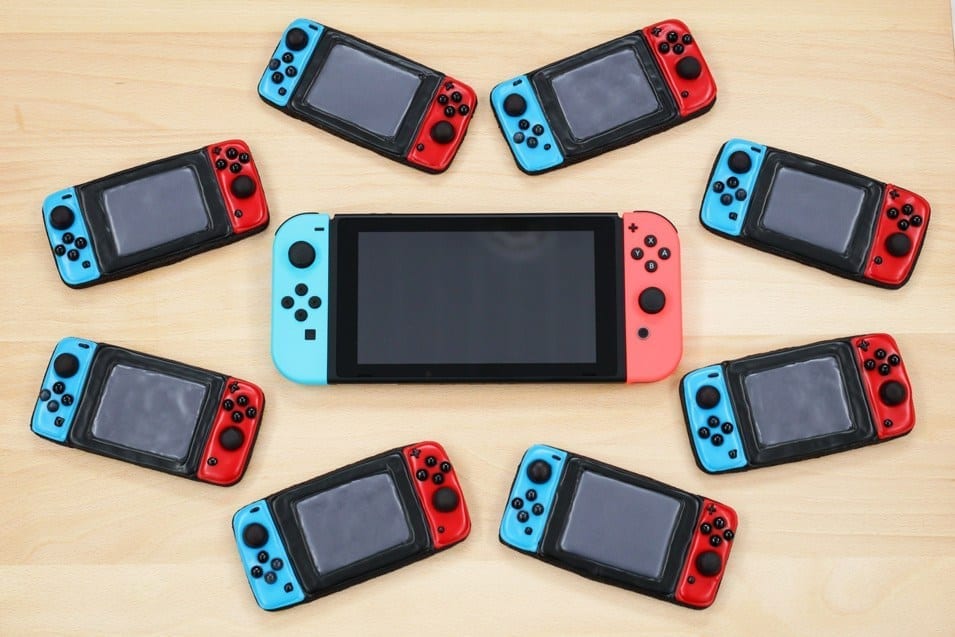 Both were released in March of their respective years, but while the Switch sold ‘only’ 520k units that first month, the PS2 started with a remarkable 900k. Despite this, it has now been de-throned by the Switch. It was the holiday season that turned things around – sales picked up dramatically, and not just in Japan – all around the world too.

Sure, it’s good news for Nintendo, but what does it mean for the people that aren’t raking in cash every time one of the consoles sells? Well, it might mean that it dethroned the PS4 as this generation’s preferred console.

By generation we mean console generation, not age, by the way. And for the Xbox One fans: Yes, that’s right, the PS4 outsold the One practically everywhere and often with a margin of 2:1. Sorry guys. Anyway, the n umbers speak for themselves – this is how the newest of the consoles measures up against competitors. 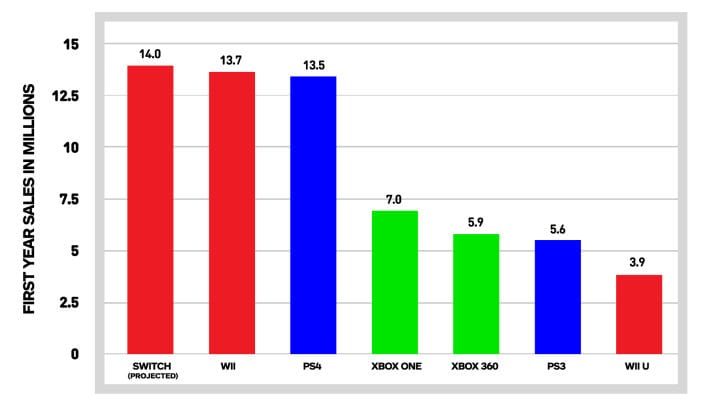 As you can see the Switch is narrowly outselling the Wii and PS4, which depending on region and timespan hop between spots one and two. The number of sales is incredible for a number of reasons – it shows that the company really turned things around after the gigantic fail that was the Wii U.

As you can see on the graph, the Wii U too is holding a record – the lowest amount of sales in a year, with less than four million units sold. To add insult to injury, it only took the Switch a few months to outsell the Wii U… the Wii U’s entire lifetime of units that is. Well, even Nintendo can’t always get it right.

They certainly did with the Switch though.

When it comes to the overall, lifetime sales, neither the PS4 nor the Xbox One are in danger of being dethroned just yet though. They’ve been out for several years longer of course, and the only way the Switch could overtake them is if it managed to maintain it’s sales momentum. 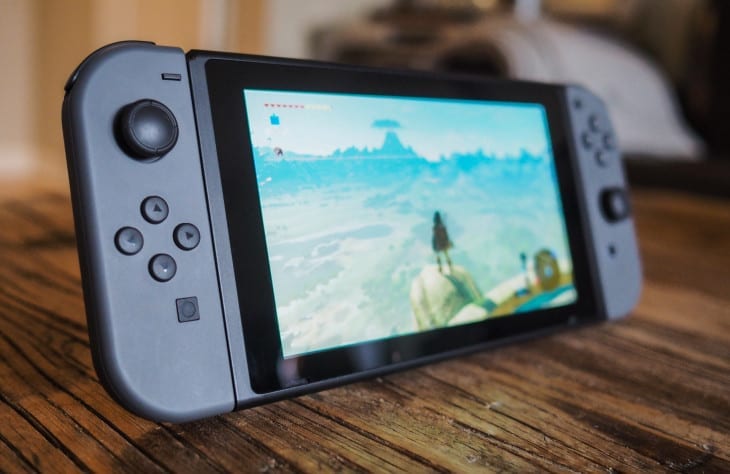 In simpler words – if the popularity goes down at any point (so, if everyone who wants a Switch, has one), it won’t manage to outsell the other two. That’s actually pretty likely – the Wii and Wii Us popularity and sales figure went down massively after its first year.

Of course, although both are Nintendo-made, this doesn’t mean that the Switch is doomed to the same fate. With 2017 being one of the best years Nintendo has ever had, there is every chance the Switch will continue to surprise. In addition to the console itself, both Super Mario Odyssey and Legend of Zelda: Breath of the Wild were among the best reviewed and most highly-awarded games of the year. 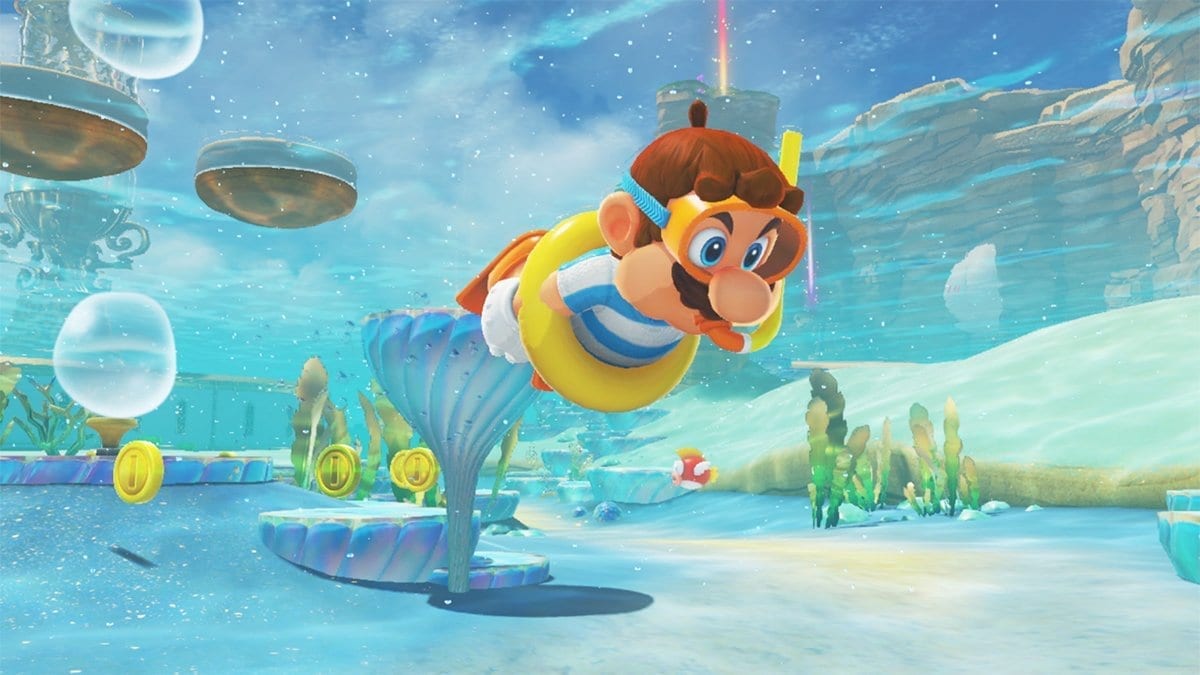 In the US alone, more than 60% of Switch owners have Mario Odyssey, and over 55% own Breath of the Wild – the high ratings, awards and praises definitely aren’t for nothing then. Nintendo needed a big win after the way the Wii U tanked – thankfully, it got it.

If you’re wondering what sort of sales figures the Switch has to measure up to – Sony has recently announced that they’ve sold 70 million PS4 consoles since the machine’s release in 2013. While that may sound impressive, it’s actually pretty low compared to the PS2s lifetime sales – as the best-ever selling console (measured by its entire lifetime), Sony sold 155 million of the things, so more than twice as much as the PS4 has sold in the last five years.

One way or another, Sony is still the big cheese in the game. That’s a pretty tall order for the Switch, but if trends continue, Sony might be relegated to the spot currently occupied by the Xbox One: Second best.

The Nintendo Switch Has Officially Outsold The 3DS

5 Of The All Time Greatest Limited Edition Games Consoles