Supermassive Games, the developers of the Until Dawn series has announced a brand new horror series, The Dark Pictures Anthology.  This will be a series of episodes, the first of which will be Man of Medan which will release sometime next year.

Described as a “series of standalone, cinematic horror games”, each episode will tell a new horrific tale unconnected from the last, with new characters and each episode will release on a “regular basis”.  The episodes in The Dark Pictures Anthology will be re-playable with branching storylines and multiple endings.

To mark the announcement of The Dark Pictures Anthology, Supermassive Games and Bandai Namco has released a brand new trailer, as well as a batch of screenshots for the first episode, Man of Medan.

The story of Man of Medan will follow four young Americans who set sail on a diving trip, in search of rumoured World War II wreckage hidden beneath the sea.  However, what they discover is something that they could never have foreseen, a sinister evil that not only aims to take their lives, but to capture their souls.  In typical Supermassive Games fashion, the story will unfold based upon your actions and choices, with each of the characters fate being in your hands.  “Who will live? Who will die?”

You will take control of five protagonists, the four Americans and the captain of the boat, each with their own back-stories and perspectives on the events at hand during the terrifying voyage of despair.

CEO of Supermassive Games and Executive Producer of The Dark Pictures had this to say on the announcement of the new horror series “We are incredibly excited to announce the Dark Pictures Anthology and the first game in the series – Man of Medan. With each title being a standalone game, we have the opportunity to create a unique horror experience every time, with new stories, settings, characters and cast. As a studio we have a passion to deliver powerful cinematic horror, and we can’t wait for players to experience these new games”,

While Hervé Hoerdt, Vice President of Digital and Marketing at Bandai Namco Europe added “The Dark Pictures, is the first example of a horror anthology series within the video game world, which positions gaming to a style closer to their favourite TV shows with new, standalone experiences brought to fans on a regular basis. It’s a bold new model, but one we believe fans of both gaming and horror will love.”

The Dark Pictures Anthology – Man of Medan will release in 2019 for PC, PlayStation 4 and Xbox One.  Are you excited for this new horror series?  Let us know your thoughts across our social media channels. 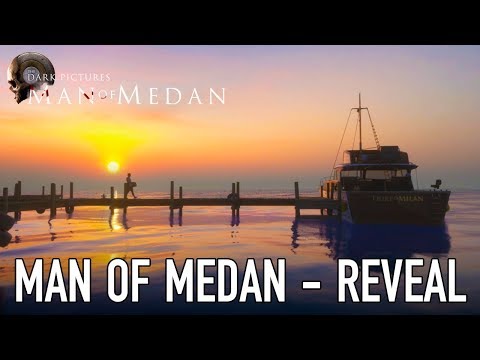